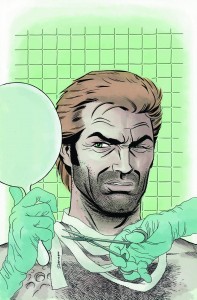 There’s a familiar face on the front of All-Star Western #28. Following some horrific facial injuries, Jonah Hex has emergency surgery and ends up with a face not too dissimilar to one of the most famous actors to appear in westerns ever. But does he feel lucky? 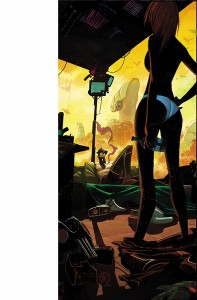 Matteo Scalera has a wonderful, sharp angled art style that graces the pages and front cover of Black Science #4. The suggestive image of Rebecca standing before a recovering Grant makes stimulating use of the shadows and perspective. A great cover for what is proving to be a great series that you ought to be reading… 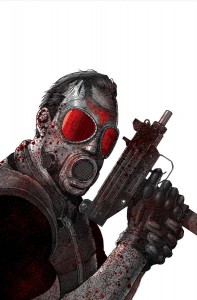 Ian Churchill’s visceral style fits Jonathan Ross’s new title, Revenge, perfectly. The mature tale of Griffin Franks, a screen actor turned anti-hero after a pretty horrific facial surgery proceedure, sits behind the stark white background of the cover, fronted with a head and shoulders shot of the masked Franks, monochromatic aside from the deep red hues of spattered blood and the red lenses of his mask. Simple and very effective. 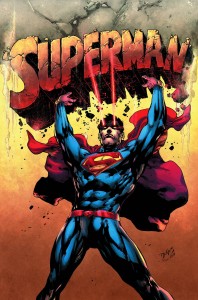 Ed Benes has provided a classic image of Superman on the front of the 28th New 52 issue. With his heat vision in full effect, Clark is seen standing centrally, supporting a huge weight of rock. The really clever part – the series title is incorporated into the artwork, carved from the mass of rock above Clark’s head. 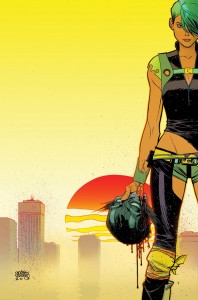 THE WAKE #6
Cover by ANDREW ROBINSON

Central character Leeward is the focal point of Andrew Robinson’s cover for The Wake #6. A face-on image of the tanned heroine cuts in from the right, her dark chaps and vest highlighted by complimentary punches of turquoise, aquamarine and yellow, as she stands before a sparse, gritty, faded city beneath a vibrant orange sunset. This great cover leaves plenty of room for the bold title text, but looks absolutely lovely as a character portrait in it’s own right. 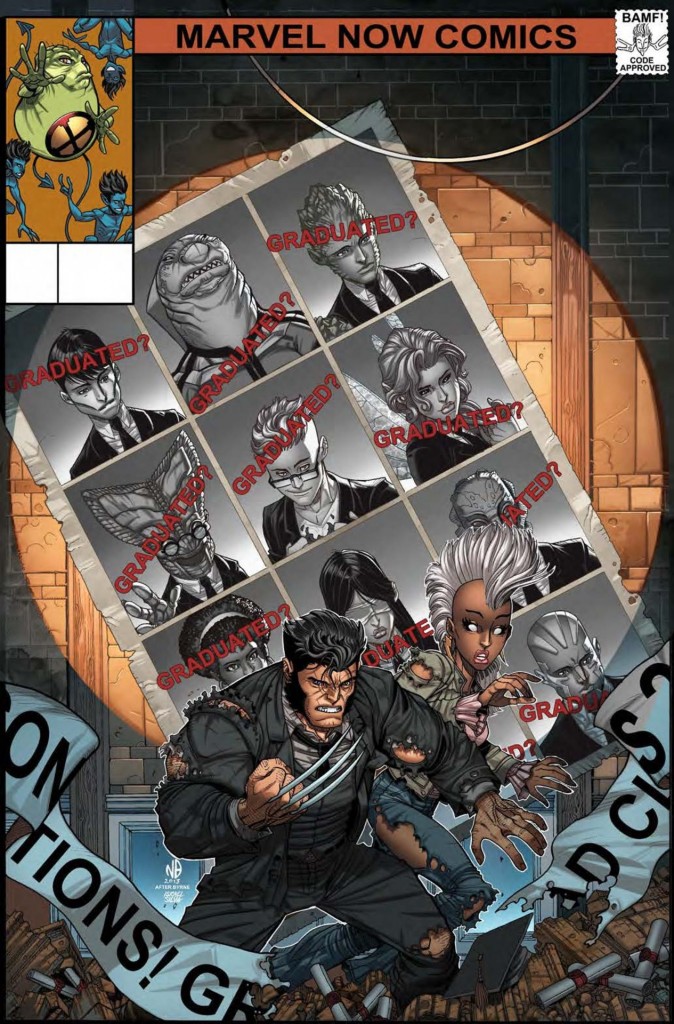 WOLVERINE AND THE X-MEN #42
Cover by NICK BRADSHAW

Once more, dear friends, we have the humble homage. A familiar and comforting idea, when it’s done well it never fails to impress. So colour us impressed by Nick Bradshaw’s wonderful (and rather well-timed *cough* summer blockbuster *cough*) nod to John Byrne’s infamous cover to Uncanny X-Men #141, the first part of the ‘Days Of Future Past’ story. The displayed statuses of the characters in the poster behind are comically switched from Uncanny X-Men’s serious claims of ‘slain’ or ‘apprehended’ to the humorous question ‘graduated?’, as teachers Wolverine and Storm take up their recognisable poses in the spotlight.

Congrats to Nick and Marvel, they get the paper crown this week! 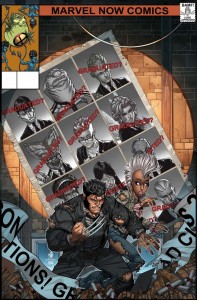