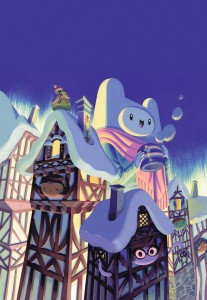 The Adventure Time juggernaut of success rolls on, and this week we have the 2014 Winter Special! In typical fashion, it’s a collection of tales, equal parts quaint and surreal, that makes for a great read. Becky Dreistadt provides our favourite of the available covers (‘A’), which is a fabulous painted image of a chilly Finn with hot cocoa, obscured by a few House People. The palette is perfectly wintery and the use of low angles and the House People gives a strange perspective of scale. 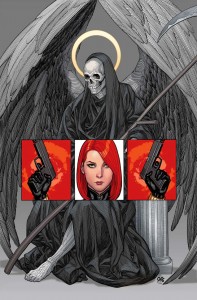 The variant for issue #2 of Black Widow by Frank Cho, features the angel of death, punctuated with coloured boxes of Natasha and her weapons. It’s a stylish representation of the Black Widow’s occupation rendered in wonderful detail by one of our very favourite artists. 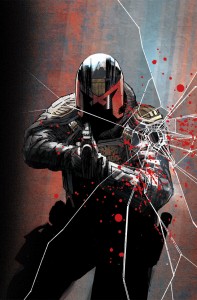 Dredd 3D was a triumph for comic book movies, offering an excellent transition from panel to screen (if you haven’t seen it yet, you should – it’s great!). Despite lower-than-expected box office takings, the film has garnered a huge following, eager for a sequel. That second chapter, titled Underbelly, subsequently appeared in comic form only, originally published in Judge Dredd Megazine #340 and now released as a standalone Dredd issue.

Along with the canon sequel, Underbelly also presented us with what is fast becoming an iconic comic image of Dredd courtesy of Underbelly artist Henry Flint. Not only does this shadowy portayal of the greatest of Judges pictured doing what he does best (dispensing justice) adorn the front of both Judge Dredd Megazine #340 and Dredd: Underbelly, but you can also get it on a t-shirt too! 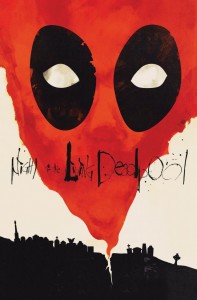 NIGHT OF THE LIVING DEADPOOL #2
Cover by JAY SHAW

The second fabulous Night Of The Living Deadpool cover by Jay Shaw in as many weeks, features the ghostly head of Wade Wilson emerging from a graveyard. The palette of the book (black, white and red) is adhered to, providing a bold style accentuated by the almost-touchable, grungy weathering. 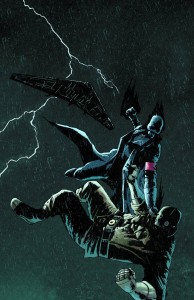 The realistic, dark front for Sledgehammer 44: Lightning War #3, by Laurence Campbell, showcases our hero battling with the Nazis as they fall through a stormy sky from an aeroplane overhead. The flash of lightning dramatically cuts through the background, adding elements of danger and tension to the already exciting scene. 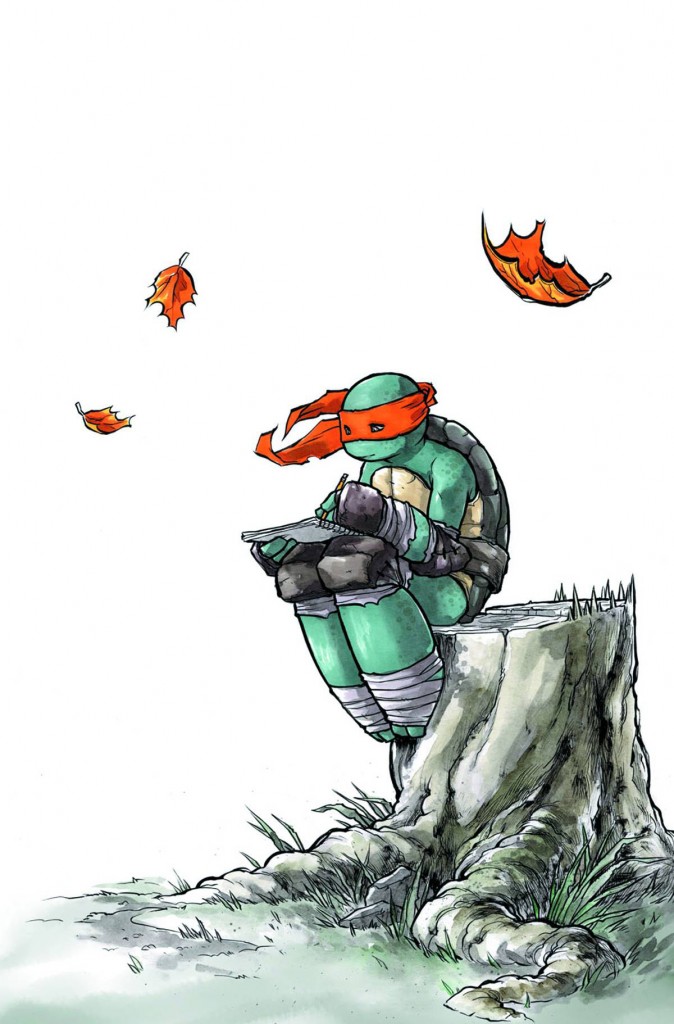 On any other week, we would have gone for Henry Flint’s Dredd Underbelly as our winner, but Ross Campbell has swiped the crown away thanks to this beautiful cover for Teenage Mutant Ninja Turtles #30.

The story focuses on Michaelangelo writing a letter to his pal Woody in New York. Action is at a minimum, but in it’s place we have a muted and emotionally strong issue as the Turtles and Splinter are trying to come to terms with recent events, far from the city. This emotion is conveyed incredibly well through Campbell’s cover which features Mike penning his letter atop a tree stump. The background is blank, highlighted only by a few autumnal leaves blown about along with Mike’s bandana tails. The pastel palette works perfectly here against the bold orange of Mike’s mask and the leaves. It’s a refreshing antithesis of the regular Turtles covers and we love it!

Congrats to Ross and IDW, they get the paper crown this week! 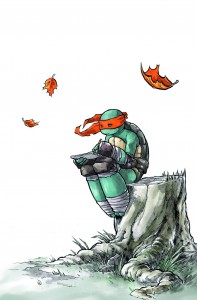