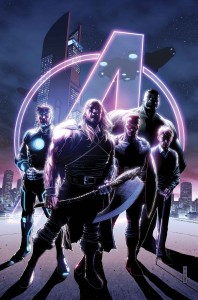 Jim Cheung‘s cover for Avengers #35 does a great job of setting the tone for the book. From the heroic pose of the shadowy Avengers, backlit in electric purple before Avengers Tower and a hovering helicarrier, to the huge, translucent Avengers symbol hanging in the sky, you just know something epic is on the horizon …and it is – “Time Runs Out”! 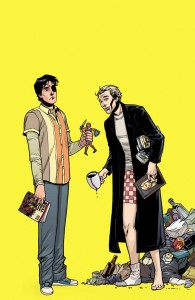 Throughout the history of Buffy The Vampire Slayer in comics, it’s always the quirky covers the really hit the spot. Rebekah Isaacs provides the front for Season 10, issue #7 featuring the contrast between the figures of Xander and Spike. The bold yellow base is striking and the characters are realised beautifully. There’s even a copy of BPRD in Xander’s hand, which is a neat touch. 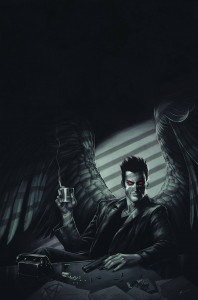 Criminal Macbre returns with the winged and red-eyed Cal McDonald sitting behind a desk, cigarette and whisky glass in one hand, pistol in the other, with the lighting broken by the shadows of a blind at the window. Justin Erikson‘s sharp front works wonderfully in black and white, with the red from Cal’s glowing eyes being the only use of colour. It’s dark, detailed and dangerously demonic! 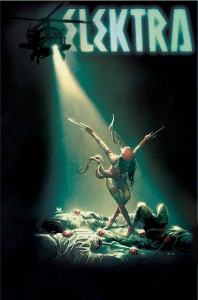 Another of Mike Del Mundo‘s fabulous Elektra covers makes the shortlist with issue #6. It’s a fantastic front that liken’s the elegance that Elektra employs in her chosed profession to that of a ballerina – a visual cue that is often used for this character. The ‘spotlight’ on the ‘stage’ from an advancing armoured helicopter as she ‘bows’ is inspired. 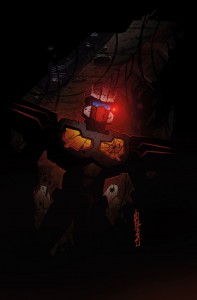 Autobot, Rewind is featured on Alex Milne‘s cover for Transformers – More than Meets The Eye #33. The pervading dark in the image is broken only by Rewind’s red ‘record’ light, creating an eerie glow and illuminating the ruined passage he’s making his way through. It’s a cover that plays brilliantly on the reader’s curiosity to find out what’s happening inside. 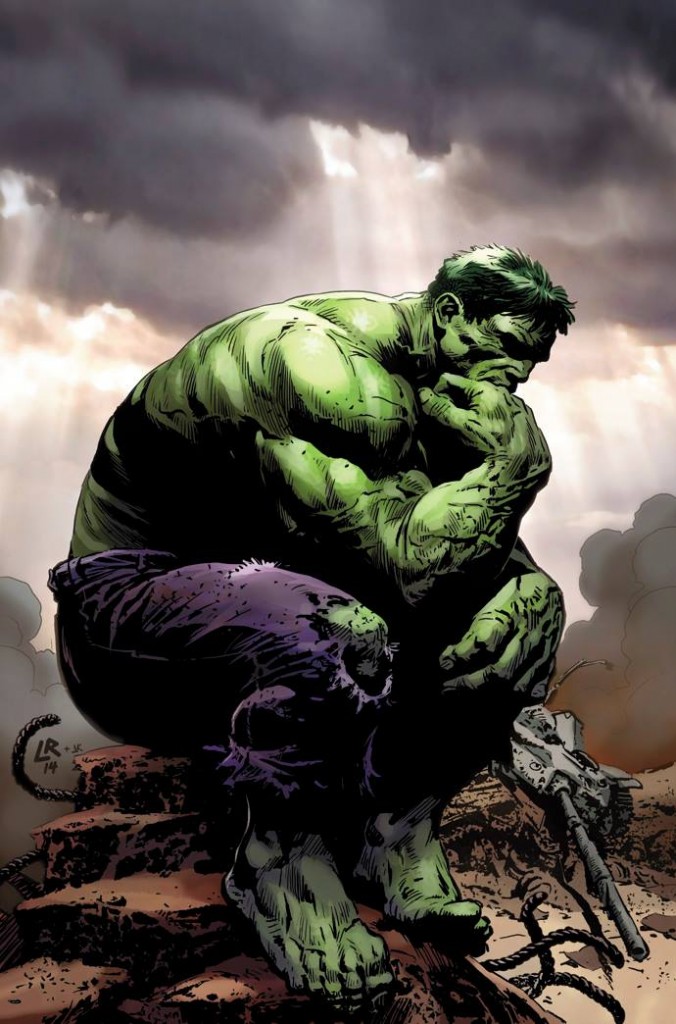 Taking it’s time to stop and think, we have Luke Ross‘ incredible cover to Hulk #6 sitting pretty at the top of the pile. A direct homage to Auguste Rodin‘s The Thinker, Luke has the Hulk in a pensive state, post-battle (we are led to believe, due to the smashed tank in the background). It’s an idea that has been used on comic covers before, but the juxtaposition of the (now) peaceful scene and the powerful figure of the Hulk, coupled with accuracy in Luke’s work, is executed perfectly.

Congrats to Luke and Marvel, they get the paper crown this week! 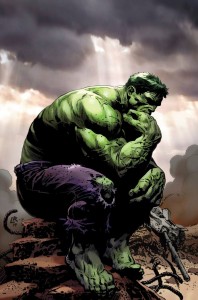