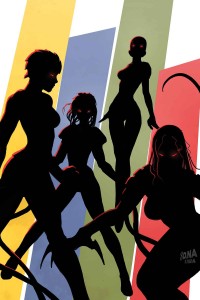 David Nakayama makes another Cover Of The Week appearance thanks to All New Ultimates. This time, for issue #8, David has used some fantastic silhouettes coupled with bold blocks of colour to produce a retro, Bauhaus inspired front that looks fabulous.

Juan Ferreyra has produced one of our absolute favourites from the DC Future’s End 3D covers. Constantine: Futures End #1 features John Constantine donning the Helmet of Fate, and the transformation from holding it aloft to the electrically charged shot of him wearing it makes for an incredibly effective animation. 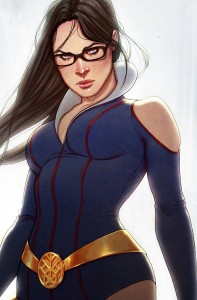 As per usual, Grimm Fairy Tales #102 features an abundance of varoiant covers, but the one that struck a chord with us was this fine entry from Jenny Frison. It’s a great, strong portrait of Sela Mathers in Jenny’s unique and beautiful style. 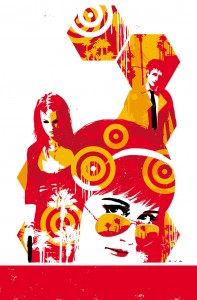 Each issue of Hawkeye that hits the comic store shelves is unmistakable and that is thanks to the amazing cover art of David Aja. He appears once again in our top six with Hawkeye #20, a comic book featuring another wonderful retro hexagonal character collage. 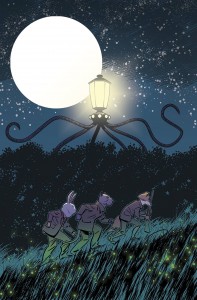 The cover for Wild’s End #1 is by series artist I.N.J. Culbard. There’s something about this particular cover, with it’s nods to H.G. Wells and anthropomorphic heroes Clive, Peter, and Gilbert avoiding the invaders’ machine by sneaking along the hedgerow beneath a beautiful moonlit sky, that seems quintessentuially English and we love it. 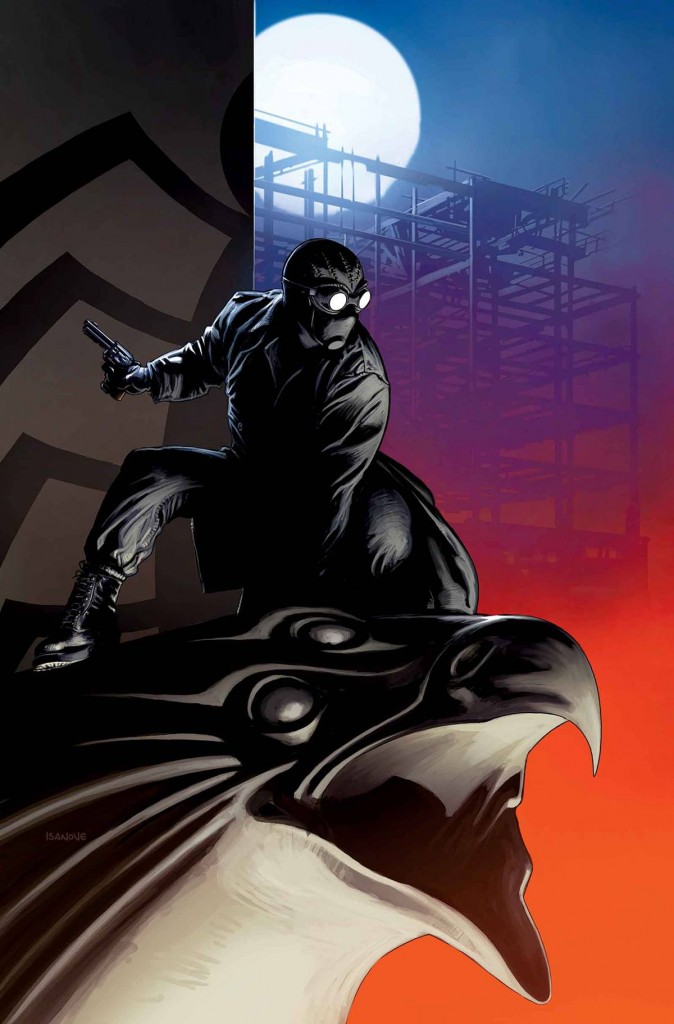 Sitting pretty at the top of the tower is Richard Isanove‘s brooding cover for Edge Of Spider-Verse #1. Spider-Man Noir is a character with a naturally mysterious quality and Richard plays to that strength with this cool image of Spidey atop a gargoyle flanked by the silhouette of an industrial construction before a purple and orange night sky.

Congrats to Richard and Marvel, they get the paper crown this week! 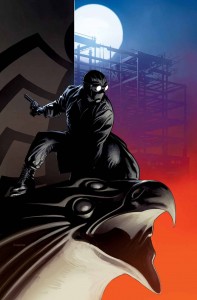