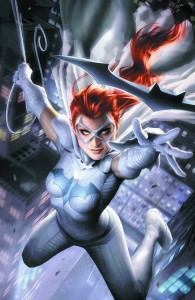 Barbara Gordon appears on the front of this first ‘Gothtopia’ issue of Batgirl as Bluebelle, the positive heroine in this strangely saccharine Gotham City. It’s in impressive ‘hero-shot’ for the introduction of this costume that ties nicely back to New 52 Batgirl #1! 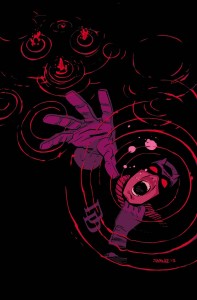 Clever, clever, clever Chris Samnee! As Daredevil is dragged beneath a sea of solid black by a rope around his neck, the ripples on the water’s surface form into sonar waves! And the restricted colour palette works really well. Clever! 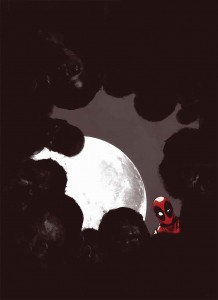 NIGHT OF THE LIVING DEADPOOL #1
Cover by JAY SHAW

Talented artist Jay Shaw, famed for his brilliant screen-print poster art, has provided a very fine ‘Romero-esque’ cover for the first issue of Night Of The Living Deadpool. And no Deadpool cover is complete without that element of humour, provided here by the cameo appearance of our hero’s quizzical head in the background, behind the ring of zombies that are enclosing on the reader’s view, as if to say “Hey, what’re you guys looking at?” 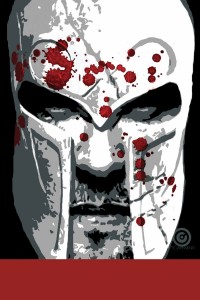 Chris Bachalo’s front for Uncanny X-Men #16 gives us a grisled and washed-out portrait of Magneto, the cut-out style working well with the black, white and grey palette, highlighted only by splashes of blood red. It’s a standout cover that conjures images of battle-worn spartans, or other such helmeted war veterans. 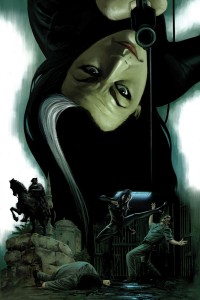 The theme of a large portrait high on the page with a vignette beneath is continued in Steve Epting’s cool cover for Velvet #3. This time our heroine is suspended upside down with her pistol focused sharply in our direction. The kung-fu butt-kicking that she is delivering to some goons amongst the shadows at the bottom adds drama, action and intrigue as to the contents of the story within. Consider us shaken and stirred! 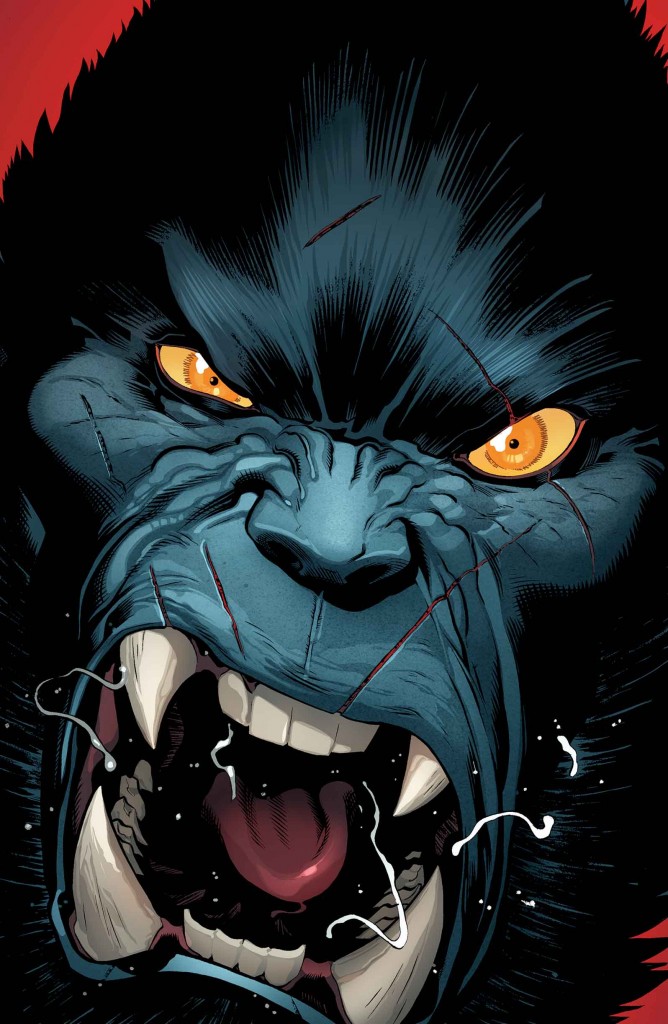 In your face! There were some very strong contenders for the top spot this week (Daredevil and Night Of The Living Deadpool were particularly excellent), but Ed McGuinness’ fabulous, aggressive close-up of Hank McCoy’s battle-scarred Beast just shines from the comic store shelves as it reaffirms just why he was dubbed so. A definite (and rather scary) winner.

Congrats to Ed and Marvel, they get the paper crown this week! 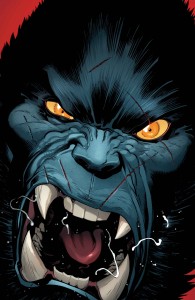