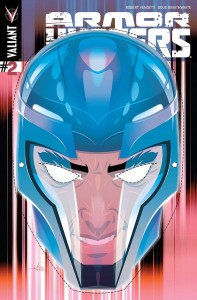 It’s always great when an artist uses a comic book cover in a less conventional manner, such as Mark Brooks recent run of covers for Fearless Defenders, and Rian Hughes has done just that with this fabulous ‘mask’ cover for Valiant‘s Armor Hunters #2. Keep it pristine, bagged and boarded, or cut it out, stick it on your face and run round that garden pretending to be X-0 Manowar – it’s totally up to you!! 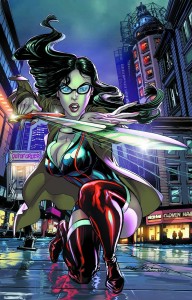 Zenescope have acquired the services of a number of artists for their 100th edition of Grimm Fairy Tales, and they don’t come much more renowned than Neal Adams! The legendary illustrator’s dramatic cover pictures heroine Sela Mathers in a rainy city street, plunging her sword towards us. 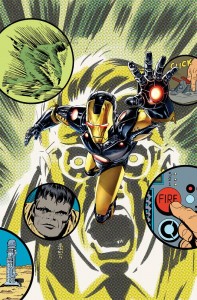 J.G. Jones is the cover artist for Original Sin #3.2, mixing up the images and style of early Hulk with the bang-up-to-date version of Iron Man for the second part of “Hulk Vs Iron Man”. It works well and makes for a great cover! 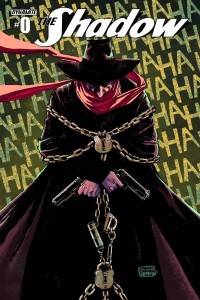 Gabriel Hardman‘s front for The Shadow #0 should conjur up an iconic image familiar to readers of The Killing Joke. Here the Shadow is bound in chains like Houdini, set against a backdrop of maniacal laughter. It’s a nice homage and works brilliantly as a cover as well. 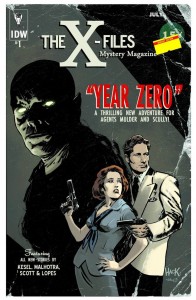 On Cover Of The Week, we try to showcase artist’s work without the comic titles, numbering, etc, where possible, but Robert Hack‘s beautiful front for X-Files: Year Zero #1 works so incredibly well with all of the cover elements to create the appearance of a vintage horror paperback, that we just had to include the full version. 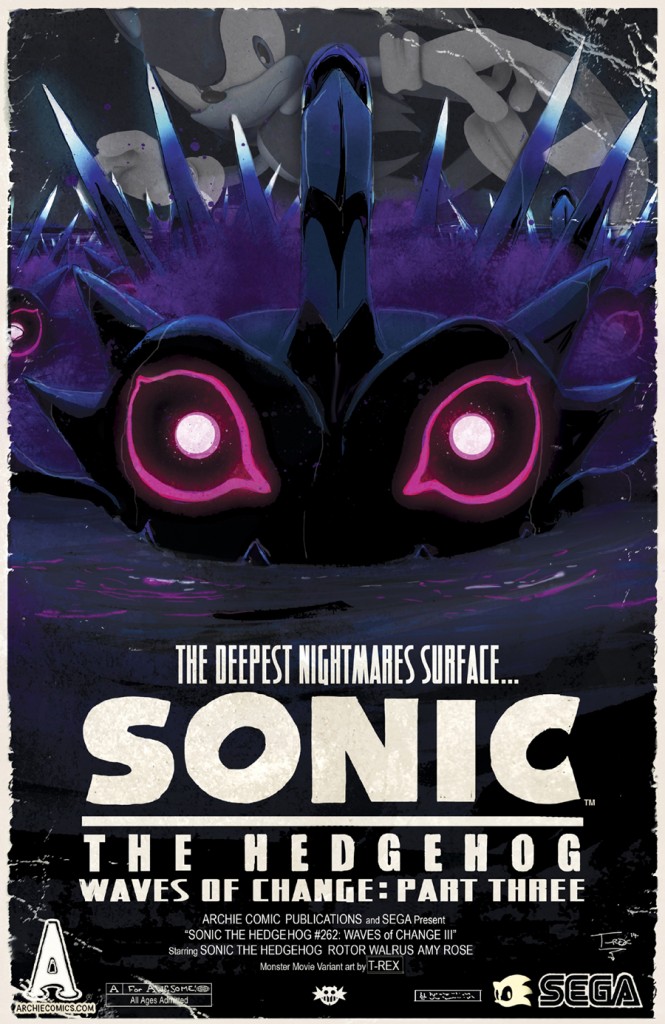 Our Cover Of The Week winner is this great Monster Movie Variant to Sonic #262 by T-Rex Jones. Like the X-Files comic above, it’s a magnificent example of creating a vintage image, this time a movie poster featuring an eerie looking horde of approaching Dark Gaia Monsters! Dark, scary and exciting, it’s definitely our favourite this week!

Congrats to T-REX and Archie, they get the paper crown this week! 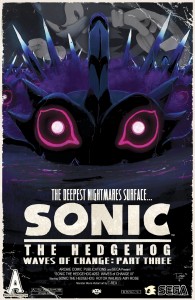