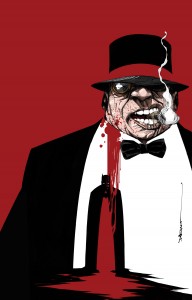 Batman Eternal kicks off this shortlist of choice covers with issue #14. Dustin Nguyen‘s stylized front features a huge, blood-spattered Penguin positioned behind the shadowy figure of Batman, the solid blood-red hue dribbling into the ground below. It’s a bold and brilliant cover that certainly sets itself apart. 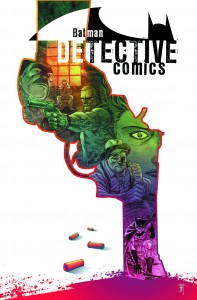 Francis Manapul joins our select Cover Of The Week collection yet again, with another Detective Comics cover. On the front of issue #33 a wonderful collage of characters from the story, bathed in shades of green and purple, is cleverly contained within the clear outline of a revolver, acting as a stylish indicator of the danger within.

The spy-thriller genre suits Andrew Robinson down to the ground. DC‘s version of the Winter Soldier (which Andrew provided some absolutely fabulous covers for) showcases Dick Grayson, and on the front of the debut issue we have another retro masterpiece, all pink hues, circles and our hero front-and-centre. In a word, swish! 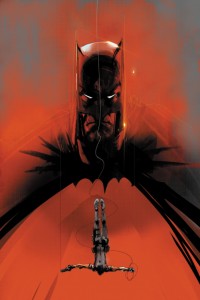 On the flip-side of the main cover, Jock‘s 75th Anniversary Of Batman variant for Grayson #1 gives us a strong portrait of the Dark Knight in shades of red. In the foreground, Dick Grayson is pictured hurtling downwards, suspended from a wire á la Mission Impossible. 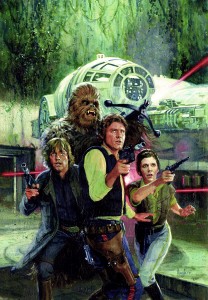 It’s the penultimate issue of Dark Horse‘s amazing run on Star Wars and Hugh Fleming provides a fine, painted image of the original trilogy’s heroes as Han, Luke, Leia and Chewie stand before the Millennium Falcon, ready for danger. We’re hoping to see covers of this high standard when Star Wars switches back to Marvel! 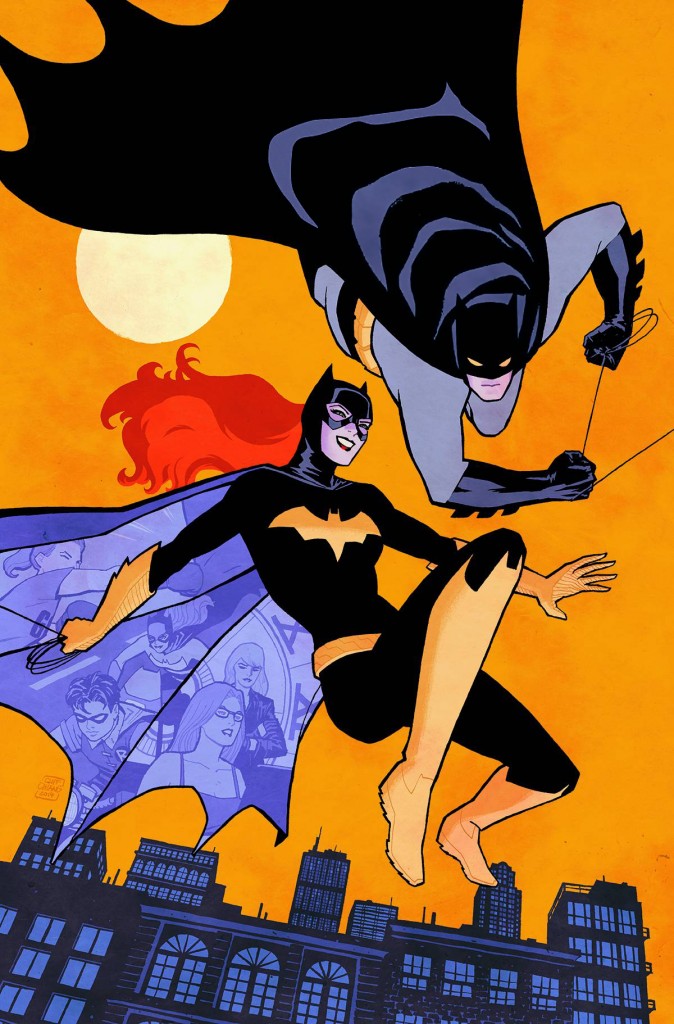 Sitting pretty as our pick-of-the-bunch is Cliff Chiang‘s gorgeous 75th Anniversary Of Batman variant for Batgirl #33. We’re big fans of Cliff’s style and just love this rich composition featuring Batgirl and Batman flying through the golden skies of Gotham City. The portraits hidden in the folds of Barbara‘s cape are a touching nod to her place in the history of Batman and adds an emotional element to this, already warming front.

Congrats to Cliff and DC, they get the paper crown this week! 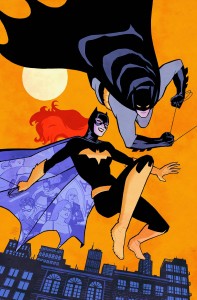