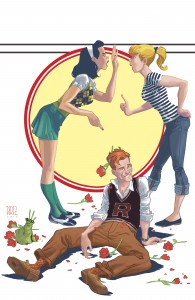 Ramon K. Perez‘s ‘Roses Are Red’ variant for Archie #656 is a beauty, echoing the artistic style of Norman Rockwell, as a dazed and smiling Archie sits while Veronica and Betty argue furiously over just who the roses were intended for. 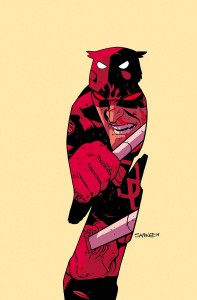 The return of The Owl is referenced beautifully by Chris Samnee on the front of Daredevil #4. DD is pictured within the clearly visible perched outline of the villain’s namesake fowl, emphasized by the barren background of the image. 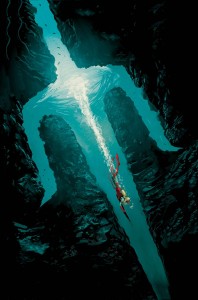 Michael Del Mundo‘s Elektra covers continue to amaze, and we’re hard pushed as to which one has been the best so far. It could well be this brilliant composition of Elektra cave-diving in a rather familiar looking cavern layout… 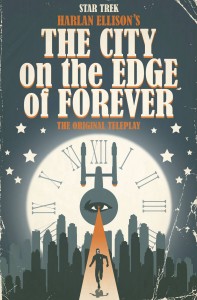 STAR TREK: CITY ON THE EDGE OF FOREVER #1
Cover by JUAN ORTIZ

City On The Edge Of Forever is a legendary story in the history of Star Trek. Winning the 1968 Hugo Award for Best Dramatic Presentation and considered by many to be the best episode of the original Star Trek series, there was great controversy in the production of the episode and the relationship of the studio with author Harlan Ellison (it makes for interesting reading if you try an internet search). 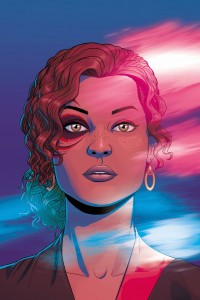 The first issue of Kieron Gillen‘s new series The Wicked + The Divine was our pick of this week’s comics, and we think that the front by series artist Jamie McKelvie is a stunner. A true collaboration with colorist Matthew Wilson, this image of protagonist Laura acts as a mirror image of their alternate cover featuring Luci. It’s one of three main covers (two by McKelvie and Wilson) and a whole host of variants, all of which are very strong visually. The series is great. The covers are great. You should be reading this. That is all. 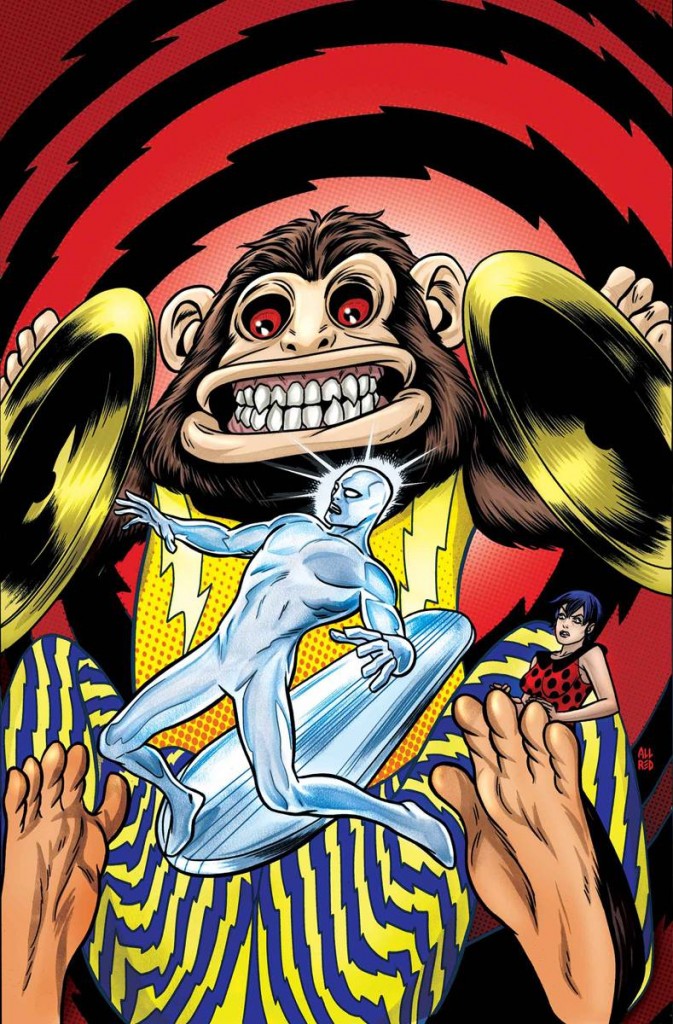 There was some tough competition for Cover Of The Week, with Mike Del Mundo, Juan Ortiz and Jamie McKelvie all producing amazing work. There was, however, one thing those guys didn’t have in their bag – a Cymbal-Banging Monkey! This renowned toy – also known as Musical Jolly Chimp, Charley Chimp, Wind-up Monkey Playing Cymbals, Pepi Tumbling Monkey With Cymbal, Clockwork Musical Monkey With Clashing Cymbals, Musical Monkey, Magic Monkey and Jolly Chimp – has been entertaining (and, let’s face it, in some cases terrifying) children since the 1950s and, thanks to fine cover art from Mike Allred, now appears to have taken an interest in the demise of the Silver Surfer! Monkeys rule!

Congrats to Michael and Marvel, they get the paper crown this week! 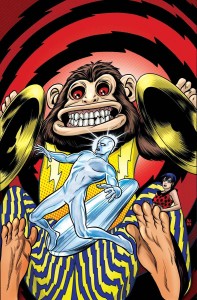