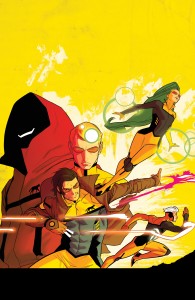 All New X-Factor is back with a bang thanks to Jared K. Fletcher‘s slick, sltylized, team-shot composition for issue #1, embellished with some gritty textures in an eye-catching yellow, a theme continuing on future issues. 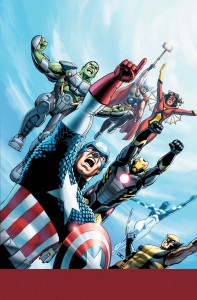 Another new series, another team-shot – this time it’s John Cassady‘s work on the front of Avengers World #1. A low-angle piece, we see the fist-pumping Avengers from below with the bright, daylight sky as their backdrop. Affirming stuff. 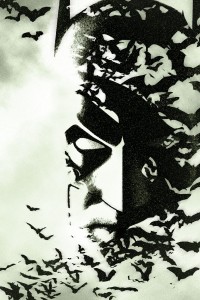 The covers for Batman: Black And White have been great, but Joshua Middleton‘s effort for issue #5 may just be the best. Utilizing the light and shade, a close-up image of the cowled Dark Knight dissolves into a cloud of bats in this impressive front. 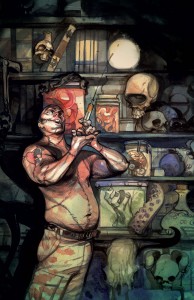 Greg Tocchini‘s creepy cover for Hinterkind #4 shows the rather unpleasant Doctor William Godwin from the point of view of his prisoners, who happen to be strapped to surgical chairs. Tocchini’s fantastic use of heavy shadow and watercolour adds an element of the eerie to ramp up the apprehesion that his audience (not only his captives but us readers too) are no doubt feeling. 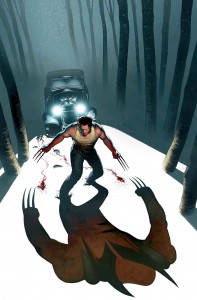 Characters in spotlights and mutating shadows are no new thing, but when combined in Richard Isanove‘s beautiful cover for Savage Wolverine #14.NOW, they are used to create an image of purpose as Logan prowls this isolated spot amongst the grey, tree-lined background. 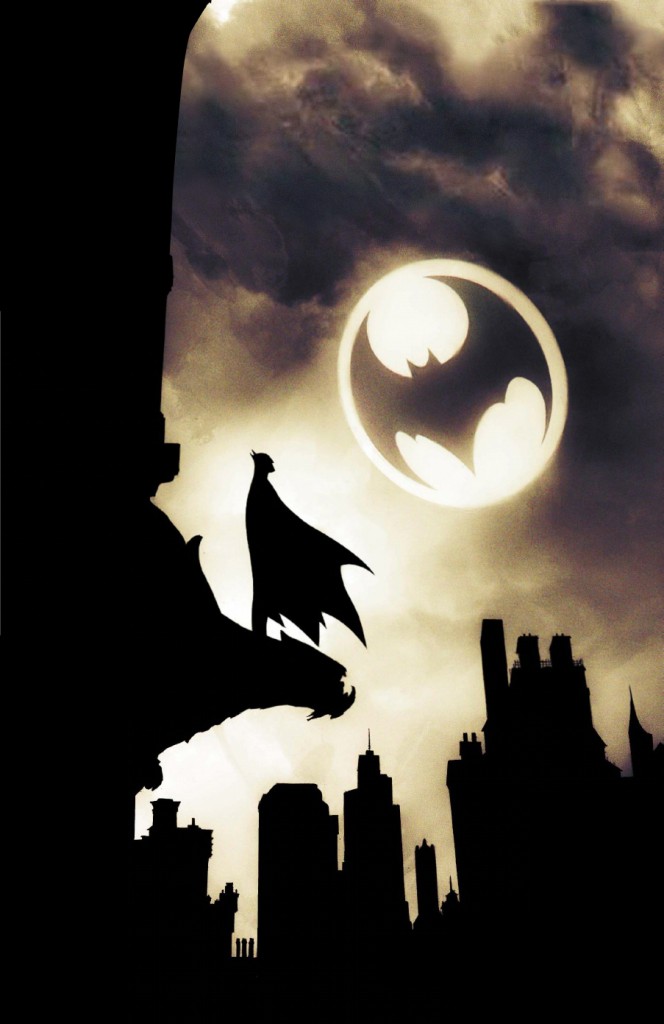 Greg Capullo has produced an absolutely classic cover for Detective Comics #27. The angled silhouette of Batman atop a gargoyle, staring at the Bat-Symbol in a torrid, brown-grey sky above the Gotham rooftops is a simple idea executed with true talent. We LOVE it!

Congrats to Greg and DC, they get the paper crown this week! 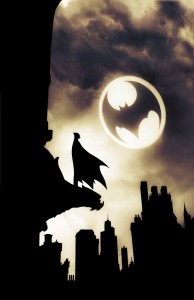