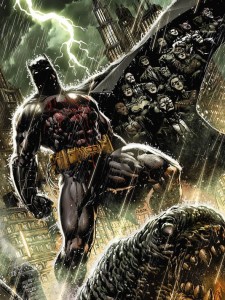 The new Batman series kicks offf in style with this fabulous, brooding composition from Jason Fabok detailing a damaged Dark Knight and the solemn faces of familiar Bat-characters that will be incorporated/ affected by this exciting new story. 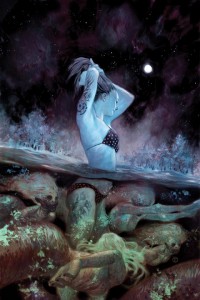 Another Creepy Comics cover makes a cameo in our favourite fronts list, courtesy of Julian Totino Tedesco. This brilliant piece of dramatic irony shows that all is not well below the surface of the water, as some extremely eerie mermaids are getting a bit close to the bikini-clad bather. 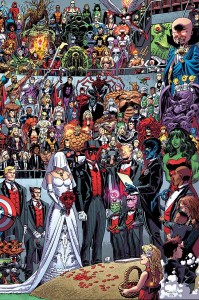 It was a key week for the Merc With A Mouth, as Deadpool #27 featured Wade Wilson’s wedding. To celebrate, a number of variant covers were issued (a couple of which you will spot in this list) along with this amazing wraparound from Scott Koblish. It’s a veritable who’s-who of Deadpool characters – go on, see how many you can name! 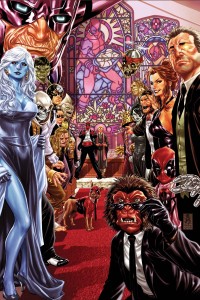 Another favourite was Mark Brook’s great p.o.v. Deadpool #27 variant featuring a whole host of superhero celebrity guests before a very interesting stained-glass window. And, in all honesty, who wouldn’t want to see a monkey in sunglasses and a suit at their wedding? 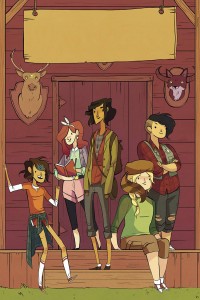 Brand new from Boom! this week was Lumberjanes, a beautiful book about five friends – April, Molly, Mal, Ripley and Jo – who discover some spooky goings-on in the woods around their summer camp. Not only is it a good read, but, in her unique style, co-writer Noelle Stevenson has provided this fantastic group shot for the front. Easily a standout cover this week. 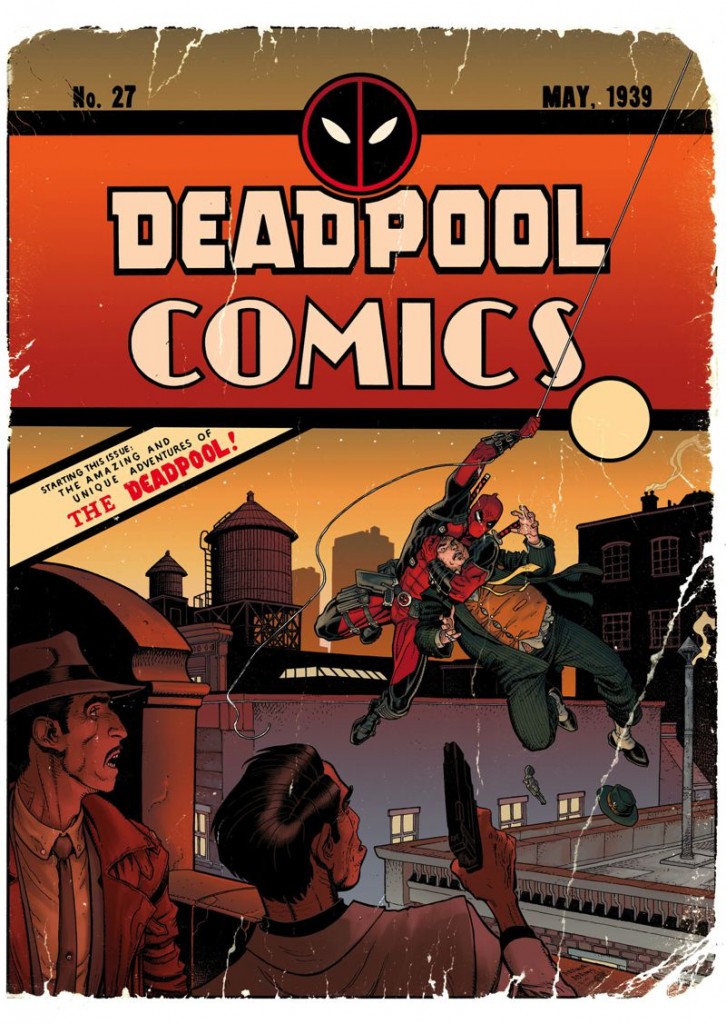 Artistic legend, Art Adams, has produced our very favourite front cover this week, with his variant for Deadpool #27. The genius in the Detective Comics #27 homage (and calling Deadpool #27 the most important #27 in history!) can’t help but bring a smile to our faces. Add to this Adams incredible skill with a pencil and some fine weathering and we have our winner. Simply brilliant.

Congrats to Art and Marvel, they get the paper crown this week! 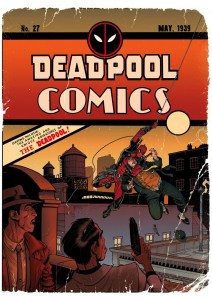