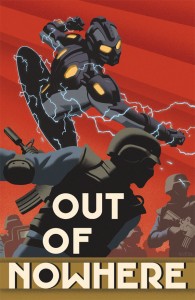 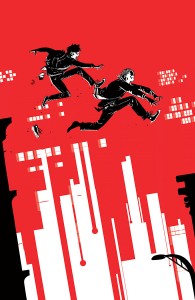 The third issue of Deadly Class has series artist Wesley Craig producing another arresting, stylized front cover. The angles of the city, over which Marcus and Willie are leaping, adds dynamism and action to the black and white illustration, cast against the bold, solid-red background. 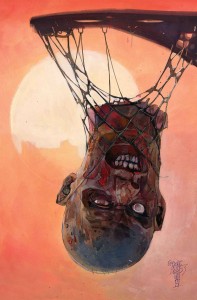 EMPIRE OF THE DEAD – ACT ONE #3
Cover by ALEX MALEEV

Alex Maleev is a favoured artist at ACE Comics, and his wonderfully disturbing front for George A. Romero’s Empire Of The Dead – Act One #3 is sublime. The decapitated zombie head hanging in a net before a dusky sky is painted beautifully and certainly makes for an eye-catching sight on the shelves. 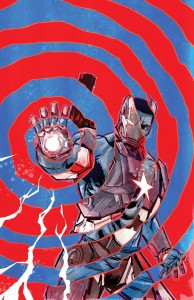 Iron Patriot debuted with Garry Brown’s great, psychedelic Iron Patriot/ James Rhodes cover this week. If the eye-popping red and blue hues aren’t enough to make you feel disorientated, the swirling, ringed, overlapping images of Rhodey in and out of his suit will do the trick, as the focus centres on his repulsor-ready gauntlet. 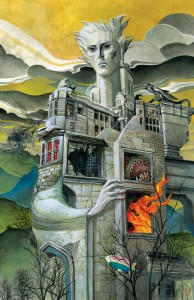 Sandman: Overture is once again the bearer of beautiful art on it’s front cover and J.H. Williams III’s abstract piece for issue #2 is as fascinating as it is handsome. 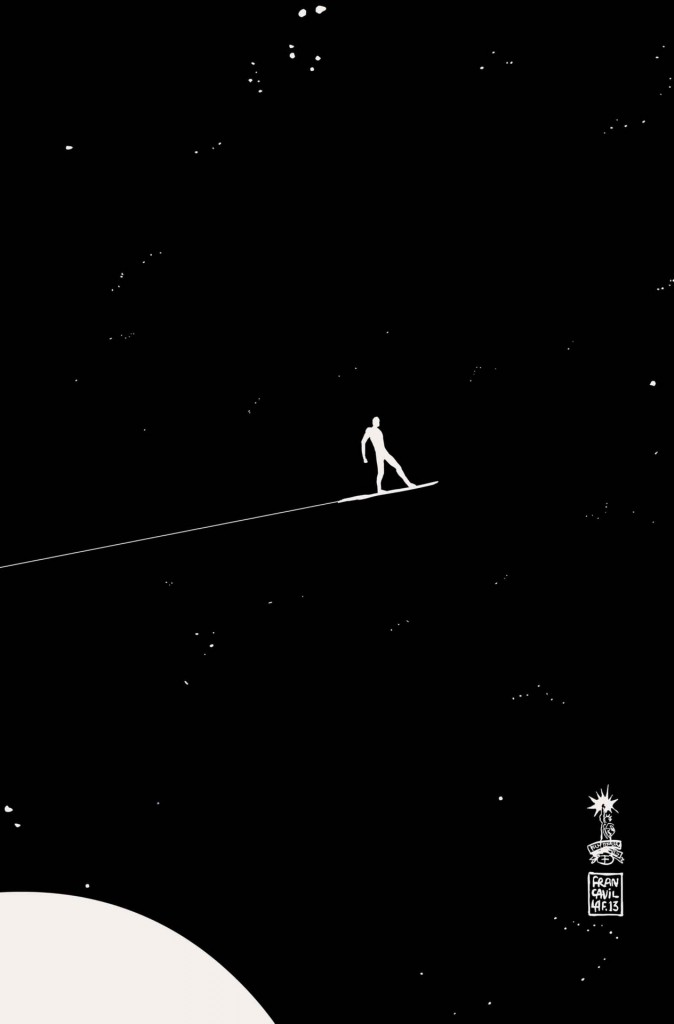 The less-is-more mantra has rarely been as expertly defined as it is on the front of Francesco Francavilla’s Silver Surfer #1 variant. No colour, minimum detail and an abundance of skill and vision from the artist combine to make a simple, direct and marvelous cover.

Congrats to Francesco and Marvel, they get the paper crown this week!

My @Marvel Silver Surfer #1 cover is Cover Of The Week at @ace_comics! Thanks, guys 🙂 http://t.co/OMAvPSxOYV pic.twitter.com/VektE8z6My 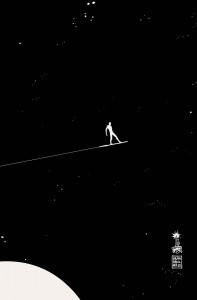