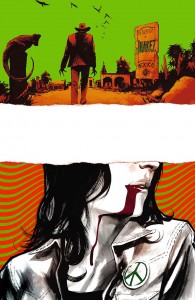 American Vampire began it’s ‘Second Cycle’ this week with a fine cover from series artist Rafael Albuquerque. Set in 1960’s Texas, the era and location is reflected perfectly in the psychedelic swirls and garish green and orange palette. 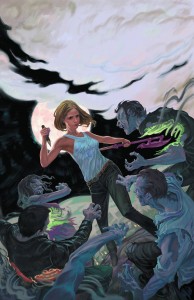 Buffy Season 10 #1 shipped with three different covers this week. Our favourite with this Steve Morris one. It’s a classic shot of Buffy dispatching a number of blood-suckers before a full moon. Morris’ excellent portrait of Sarah Michelle Gellar is instantly recognisable in what is bound to be an image synonymous with this new series. 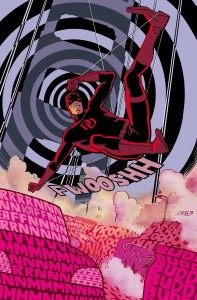 Mark Waid and Chris Samnee are the creative team on this relaunched Daredevil series, replacing …Mark Waid and Chris Samnee? Anyway, the brand new #1 issue features another great Samnee cover, continuing in the tradition of the previous series. The idea of buildings and objects indicated as text, rather than visually, has been used before, but sets the scene well as the Golden Gate Bridge is clearly shown, indicating the new location for the horned hero. 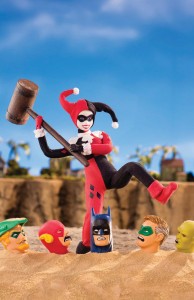 Gotta love a Robot Chicken cover. Especially if it involves Harley Quinn, a big hammer and the seaside! 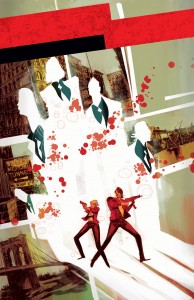 Toby Cypress‘ stylish, angular collage of city snap-shots and overbearing, blood-spattered White Suit silhouettes with Sarah Anderson and Prizrak at the centre, is fantastic. Fronting the second issue, it represents the book well, indicating location and the implied might of the Russian underworld with their huge, negative shadows engulfing the small figures of our heroes in an overpowering white light. 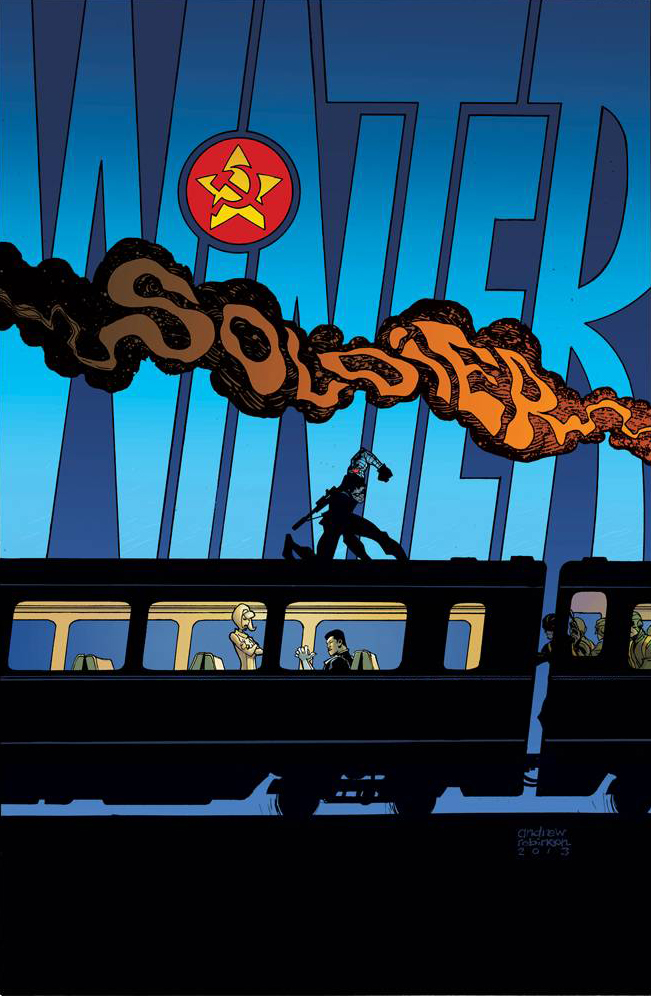 Just like issue #1, Winter Soldier: The Bitter March #2 has also topped our Cover Of The Week list! Andrew Robinson has once again delivered a stylish cover playing with sparse detail and colour, but remaining dynamic, dramatic, indicative, resourceful and, ultimately, very, very cool.

Congrats to Andrew and Marvel, they get the paper crown this week!