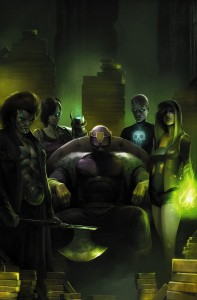 What better to grace the front of a dark series about infiltrating the enemy than a dark image of the teen heroes infiltrating the enemy? In his usual, hyper-real style, that’s just what “Matt” Mattina has provided for Avengers Undercover #1, showcasing almost all of the undercover heroes alonside a shadowy and scary looking Baron Zemo! 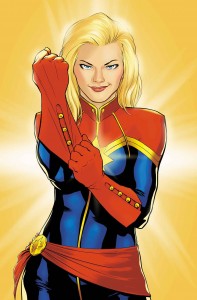 The hero-shot of Carol Danvers in Captain Marvel guise, pulling on her remaining glove, is a perfect example of keeping it simple and getting it spot-on. David Lopez’s brilliant portrait for Captain Marvel #1 needs nothing more and remains just as eye-catching at the most detailed and dramatic of covers. Bang on! 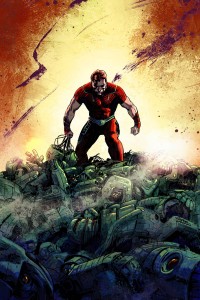 There were a number of covers available for Dynamite‘s debut Magnus series and our favourite was the regular version by Gabriel Hardman. It’s gritty and weathered, much like our hero and the dark nature of this new take, as Magnus wades through a sea of broken machines. Dues must also be paid to Ken Haeser for his great variant cover featuring Magnus knocking ten bells out of the Rock ‘Em Sock ‘Em robots! 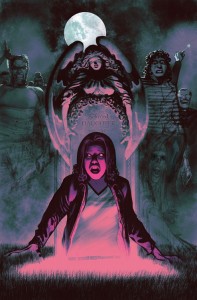 THE RETURNING #1
Cover by FRAZER IRVING

The Returning has debuted with a very strong cover courtesy of Frazer Irving with main protagonist Beth seen climbing out from a grave, underlit by purple light and surrounded by a threatening crowd. This image alone acts as a great exposition in a tale about those ‘changed’ by near death experiences and the population’s reaction to them. On top of this, Irving’s technique and style is wonderful, producing easily one of the week’s best fronts. 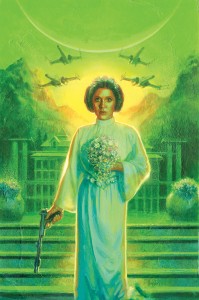 Here comes the bride! Hugh Fleming has captured Carrie Fisher‘s Princess Leia perfectly on the front of Star Wars #15, an issue dealing with Leia’s potential marriage (hence the bouquet with the blaster!). Seemingly flanked by Red Squadron in a ceremonial flypast, the attention to detail and execution of the piece is breathtaking. 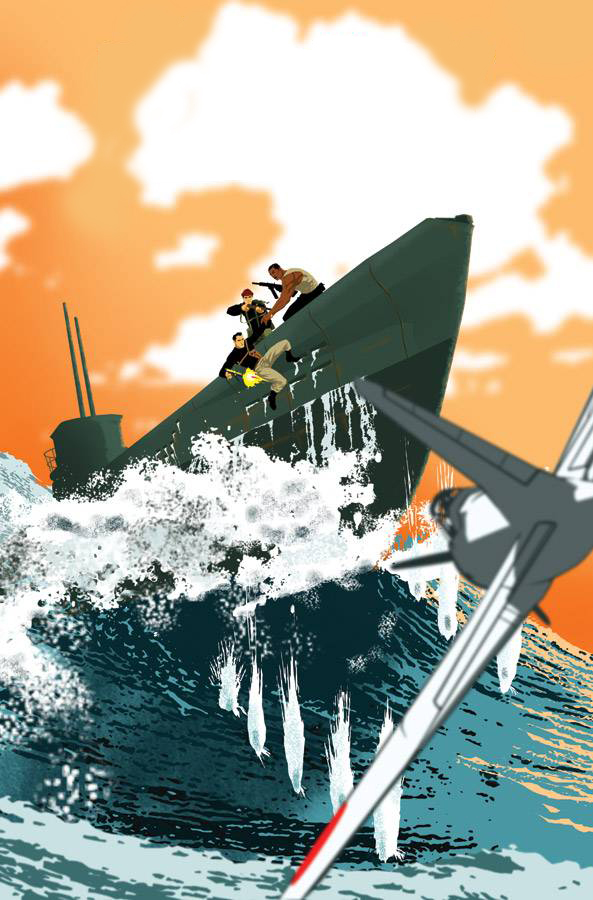 We were impressed with the stylish look of Mercenary Sea #1, and with issue #2, Matthew Reynolds is proving to be not only a talented artist, but a smart one too. At first glance the image is composed of a submarine surfacing, with the courageous crew defending it from an aircraft attack. It has the same, cool, distinctive style as the first issue, but if you take a step back and look again, the placement of the muzzle-flash on Jack Harper’s gun, the angle of ascent of the submarine, the ricochet splashes on the surface of the sea and the submarine turret all combine to form the image of a huge shark, closing in on the plane in the foreground. Brilliant!

Congrats to Matthew and Image, they get the paper crown this week! 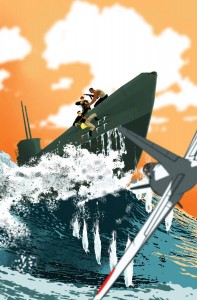