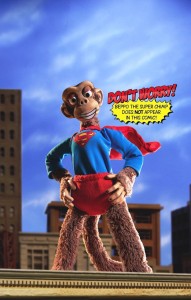 For the whole of March, Robot Chicken are providing 22 variant covers for DC Comics, and we kick-off this week’s selection of the best fronts with their contribution for Action Comics #29. It’s by Robot Chicken. It’s really funny. It’s got Beppo the stowaway Kryptonian space monkey. What’s not to love? 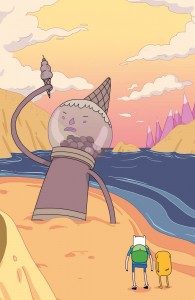 ADVENTURE TIME: THE FLIP SIDE #3
Cover by NICOLE MILES

Adventure Time is quite often the bearer of fine art on the covers, and we just love the Planet Of The Apes homage on the front of The Flip Side #3 by Nicole Miles. So much so, that it was within a hare’s whisker of being the overall favourite this week! 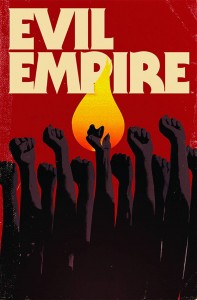 Jay Shaw features this week with his front for the new Boom! series, Evil Empire. It works brilliantly as a visual representation of Max Bemis‘ series about how the ‘evil empires’ we are familiar with through popular fiction could come into being within a real world scenario, combining the fist-pumping uniformed support of the masses with a single fist within that crowd acting as a match, lighting the touchpaper on the powder keg that is to become the empire. 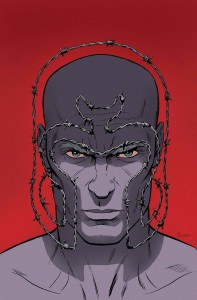 One of two great Marvel covers this week is Paolo Rivera‘s Magneto #1. The simple portrait of Erik Lehnsherr is surrounded by barbed wire, twisted to form the outline of the infamous Magneto helmet. This is compounded by the shadow that plays across his face to further indicate the helmet shape. In addition, the (almost) two tone lilac / red pallette is again indicative of Magneto’s costume. Simple, stunning and sublimely clever. 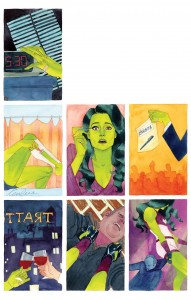 Covers that tell a story always attract an amount of attention on the comic store shelves, and Kevin Wada‘s She-Hulk #2 does just that. A textless, comic strip of a day in the life of Jennifer Walters, it includes everything from the morning alarm and a court date, to a dinner date and grabbing a rooftop-hopping crook at the end of the day. It could almost be viewed to the tune of ‘Nine-To-Five’! 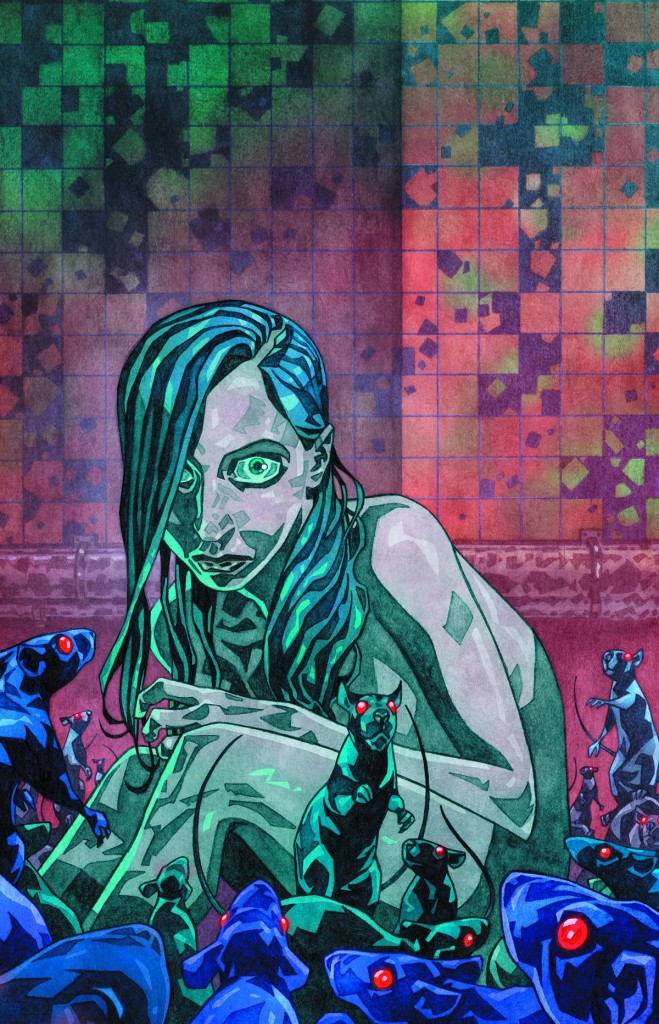 Veil is a brand new series that begins with a girl waking up in a subway with no recollection of who she is. The amnesiac idea has been used to launch countless stories before, but rarely has it looked as beautiful and striking as it does through series artist Toni Fejzula’s work. Not only that, but Fejzula provided the cover also. A sharp, angled, thick, garish image of the wide-eyed protagonist, it’s just as dramatically arresting and finely crafted as the story and art contained on the pages within.

Congrats to Toni and Dark Horse, they get the paper crown this week!

@ace_comics hah thanks so much, guys!! 😀 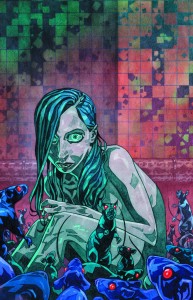