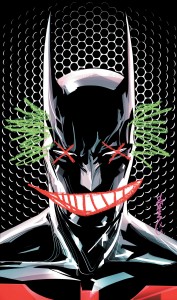 Dustin Nguyen has produced probably the one comic cover this week that really stands out amongst the others. A straightforward portrait of Batman set against an equally dark background is embellished by brightly coloured Joker scribbles. Not necessarily a new idea, but one executed brilliantly! 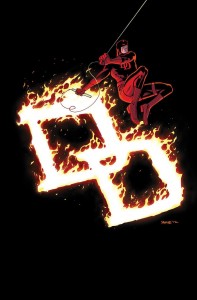 Series artist and ACE favourite, Chris Samnee has used the cover of Daredevil #23 to mark a fresh jumping on point for new readers. Again, a simple cover made incredibly effective, this time through the flaming ‘DD’ beneath our hero. A great book with a great cover that, if there were any justice, should attract some new readers. Who needs to start at #1 anyway? 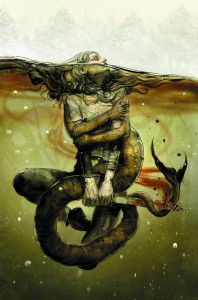 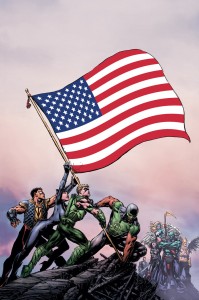 52 variants of David Finch’s Justice League of America #1 were available this week, all depicting the same image with a different flag. A direct reference to Joe Rosenthal’s famous photograph, ‘Raising the Flag on Iwo Jima’, the composition is instantly familiar, with the huge ‘Stars and Stripes’ proving to be a strong focal point. This cover appears to be an instant ‘classic’! 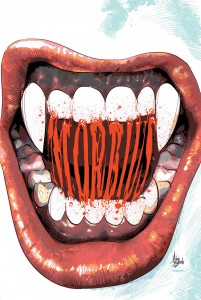 In direct contract to the dark, painted Morbius #1 main cover, Mike Deodato has opted for a stark white cover featuring a close-up of the ‘Living Vampire’s’ fanged cakehole. A striking image that cleverly reveals a lot about the title in an instant. Marvel altered the title text on the released version, but we quite like the original with it’s harder-to-read, ‘bloody’ Morbius stretched between his teeth. 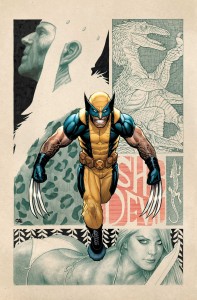 Frank Cho’s Savage Wolverine #1 topped our pile in Cover of the Week #3 and the second issue almost repeated that feat this week! Cho’s beautiful mix of pencils and inks, pastel colours set against Wolverine’s vibrant ‘spandex’, and sheer artistic talent have produced another wonderful piece. Has this guy ever drawn a bad picture…? 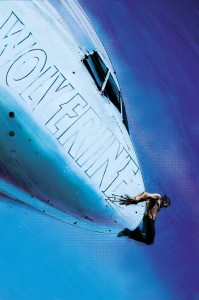 We’re also big fans of Jock at ACE – his bold style is always recognizable, and is showcased this week on Wolverine MAX #4. The cover features Wolverine pinned against the tip of what appears to be a crashing passenger plane! Absurd? Perhaps, but equally exciting, intriguing and arresting!

There is but one winner, and this week ’tis… 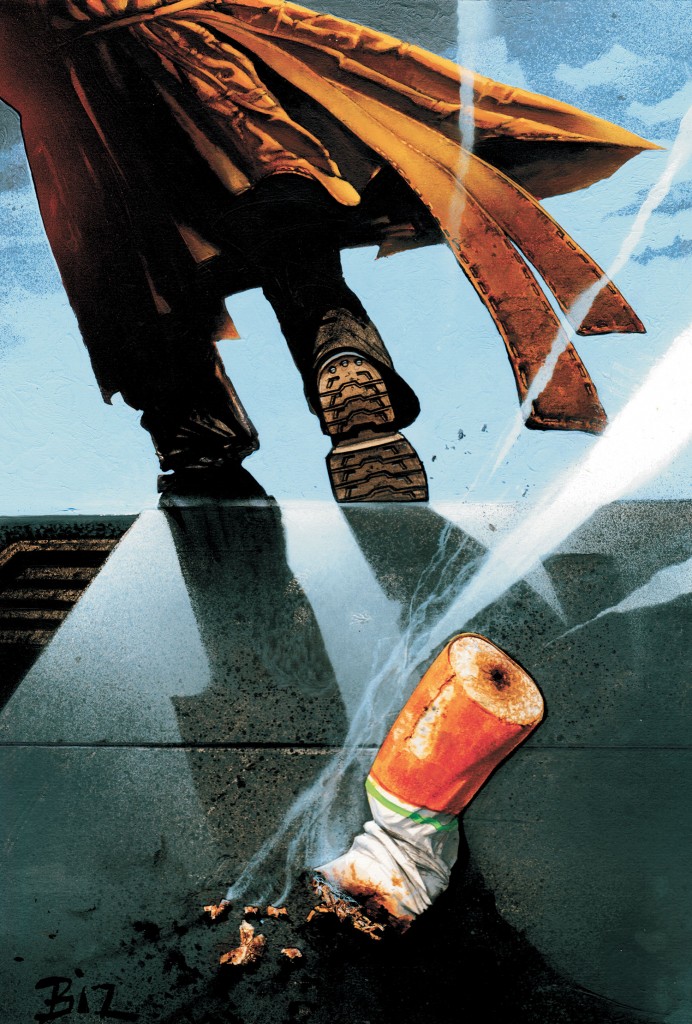 Legendary artist Simon Bisley has provided Hellblazer with the cover image for it’s 300th and final issue. Picturing the back of Constantine’s retreating frame, his coat blowing about, the focus is on the intricately detailed cigarette stub, squashed into the sidewalk. The decision to move Hellblazer into the ‘superhero’ pages has not gone down well with alot of fans so could this be a deeper metaphor for the demise of Vertigo’s longest running series? A great, great cover nonetheless and a fitting tribute to the consistently brilliant Hellblazer.

Congrats to Simon and DC Vertigo, they get the paper crown this week! 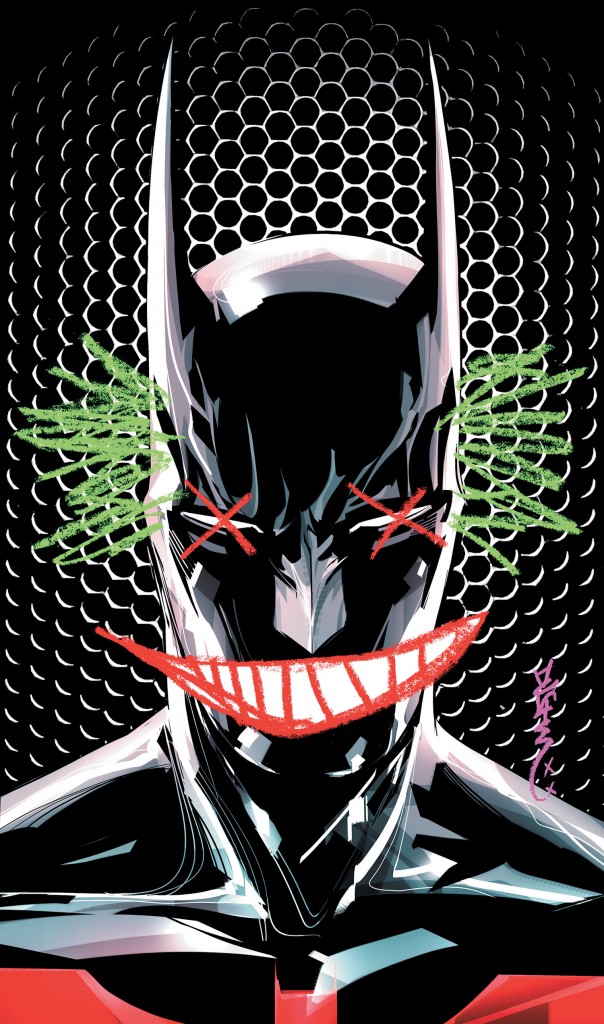 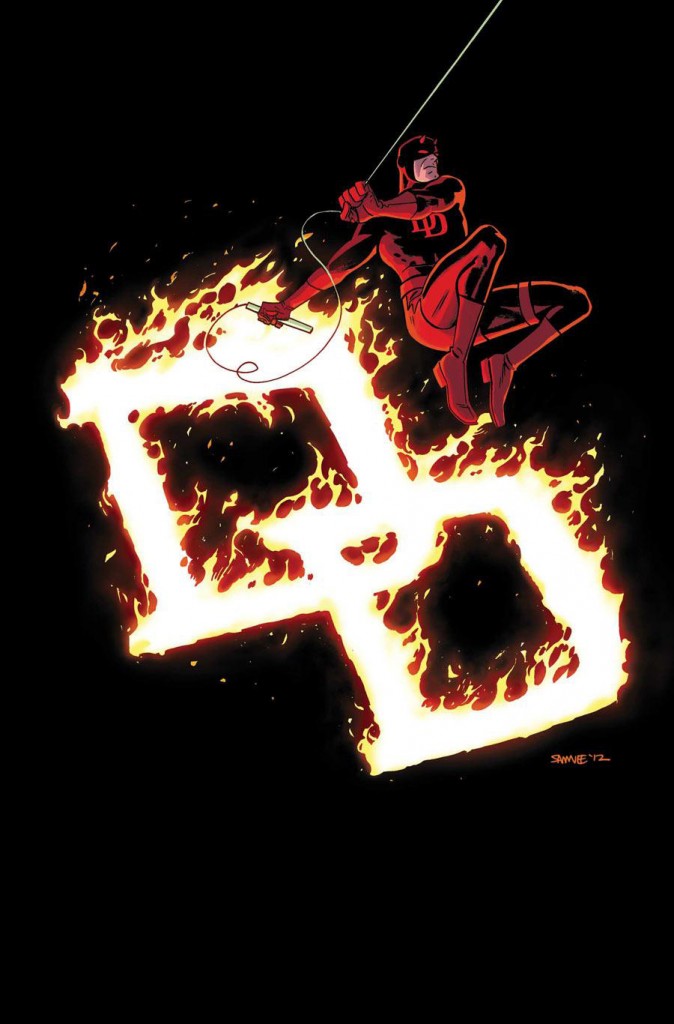 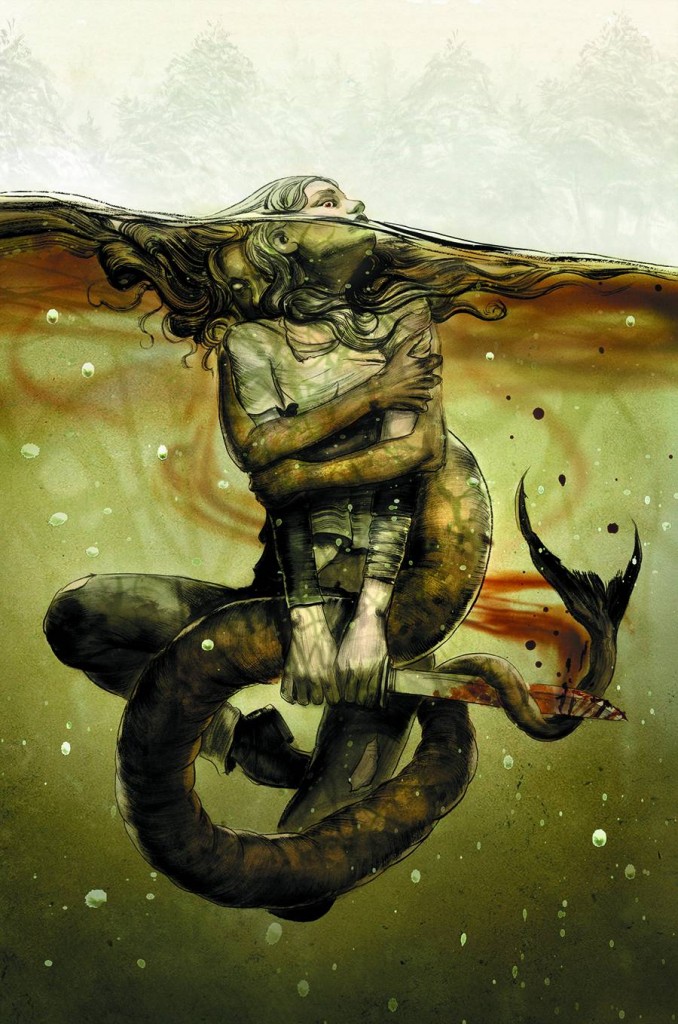 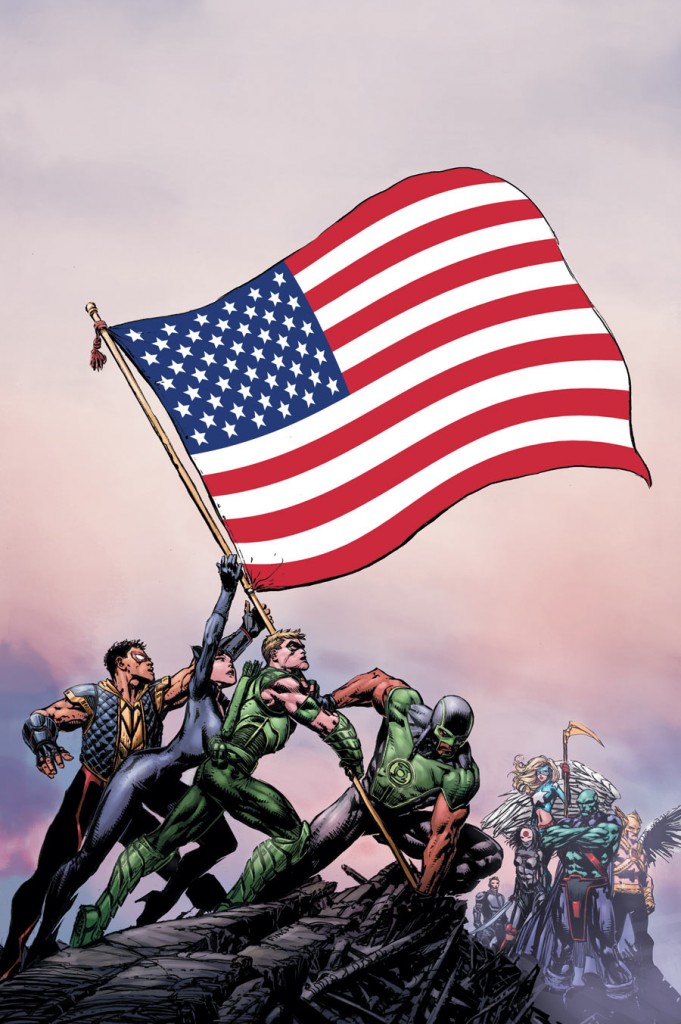 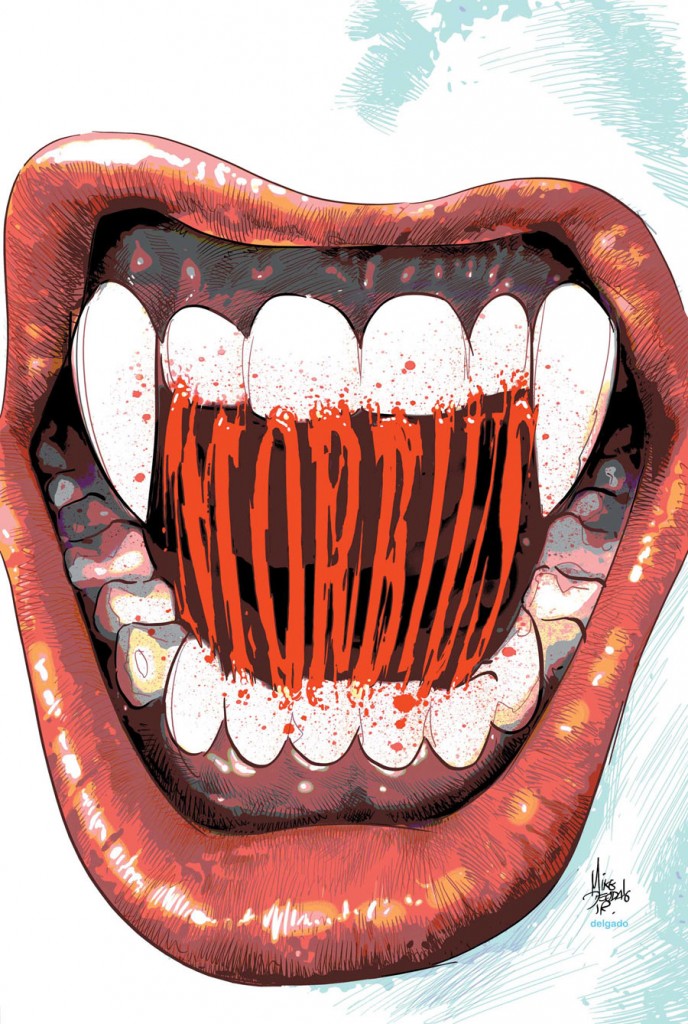 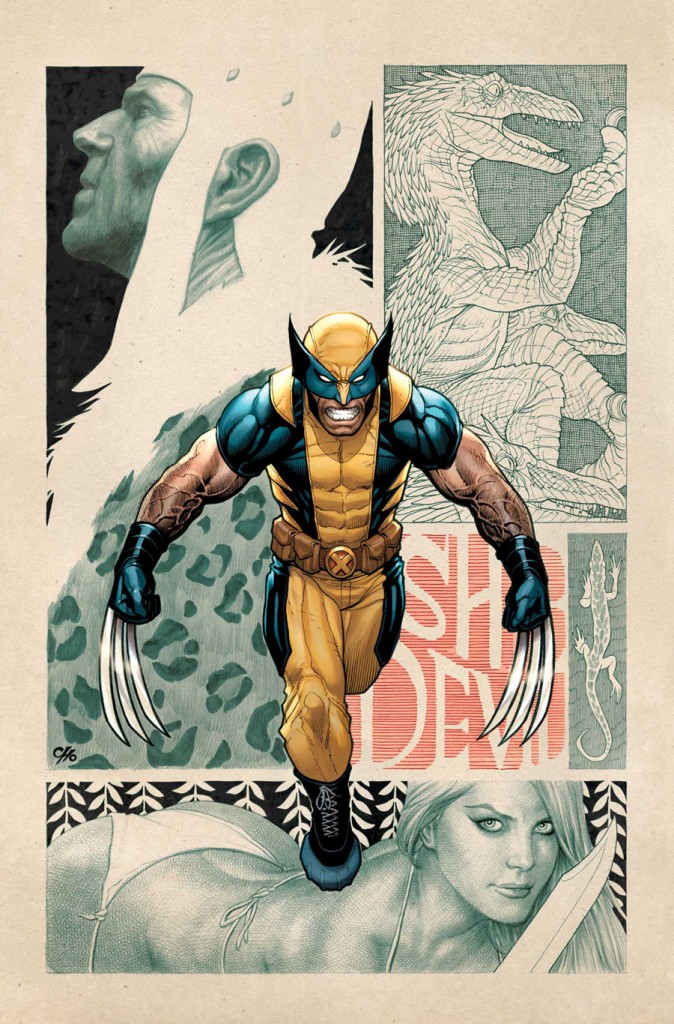 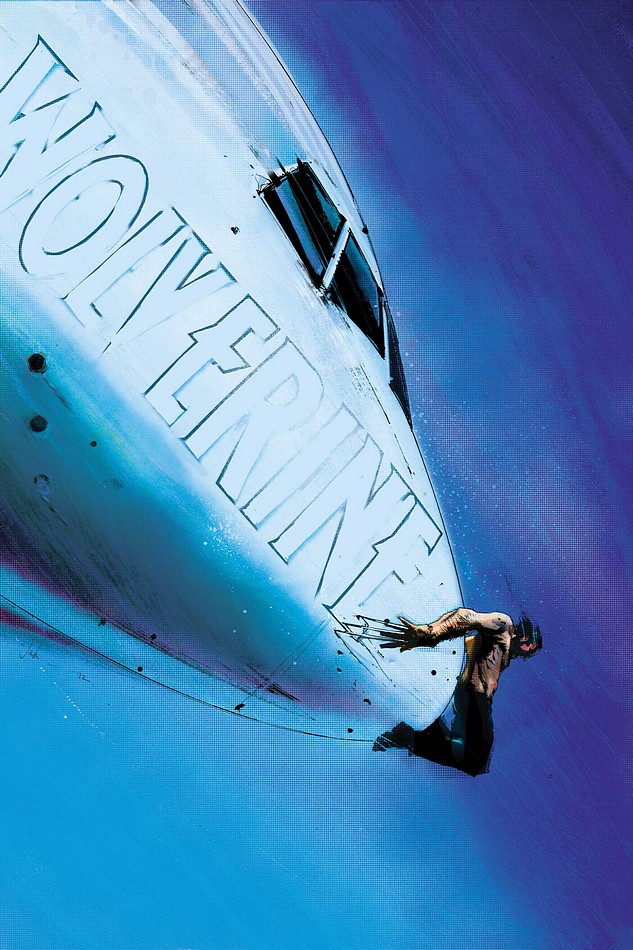