Avengers Arena has had some great covers so far, the parodies of ‘Battle Royale’ and ‘The Hunger Games’ being our favourite so far. Dave Johnson has produced this fabulous, old-time, fight-night styled poster cover for issue #4, pitting X-23 against Dark Hawk. It’s the great art coupled with the ‘vintage’ scratches and paper-folds that make Avengers Arena #4 a winner this week. 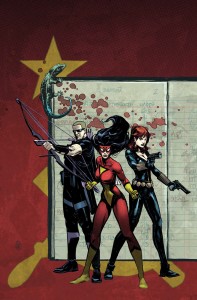 Reminiscent of the Winter Soldier covers, Avengers Assemble #12 by Nic Klein features the Black Widow, Hawkeye and Spider-Woman set against what appears to be a blood-spattered ledger in front of the Russian flag. Dark and moody, the cover hints at the heroes tackling events from Black Widow’s past! 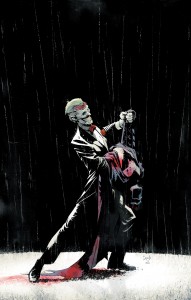 As ‘Death Of The Family’ draws to a close, Greg Capullo has once again delivered an unnerving image for the final episode, the Joker waltzing in the rain with an empty Batsuit, devoid of colour barring some splashes of red. (*shudder*)

The second cover in the Batman: Arkham Unhinged series from Mico Suayan sits perfectly alongside art from regular cover artist Dave Wilkins. A villainous portrait composition, it features our favourite freak with the green hair, centre-stage. This movie-poster-like entry demands attention on the comic book shelves. 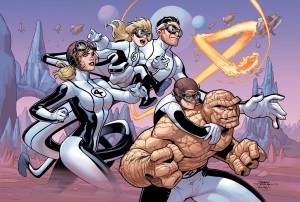 A super alternate cover for Fantastic Four #4 was provided this week by one of our heroes, Terry Dodson. His art is unmistakable and always excellent. What raises this above the pack is the fact that it’s a great landscape oriented cover, providing a genuine visual difference to everything else released this week. Fantastic! 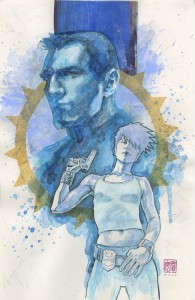 Being so used to Michael Avon Oeming’s artwork gracing every inch of Powers artwork (as it does, the regular cover), it’s a real treat to see another artist tackle the subjects. When that artist happens to be David Mack, we get twice as excited! Undeniably Mack, the cover acts as a refreshing take on this extremely popular franchise. 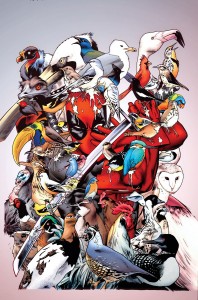 This guy gets everywhere these days. If he’s not invading the Uncanny or regular Avengers covers, he’s jumping around literary classics, fighting Moby Dick and Huckleberry Finn. And now Deadpool is featured on the front of Uncanny X-Men #1, courtesy of Stuart Immonen. The ’53 State Birds’ variant features the Merc-With-A-Mouth, birds representing the 52 states plus America’s great symbol of freedom, the bald eagle. Patriotism and poop, all in one place!

There is but one winner, and this week ’tis… 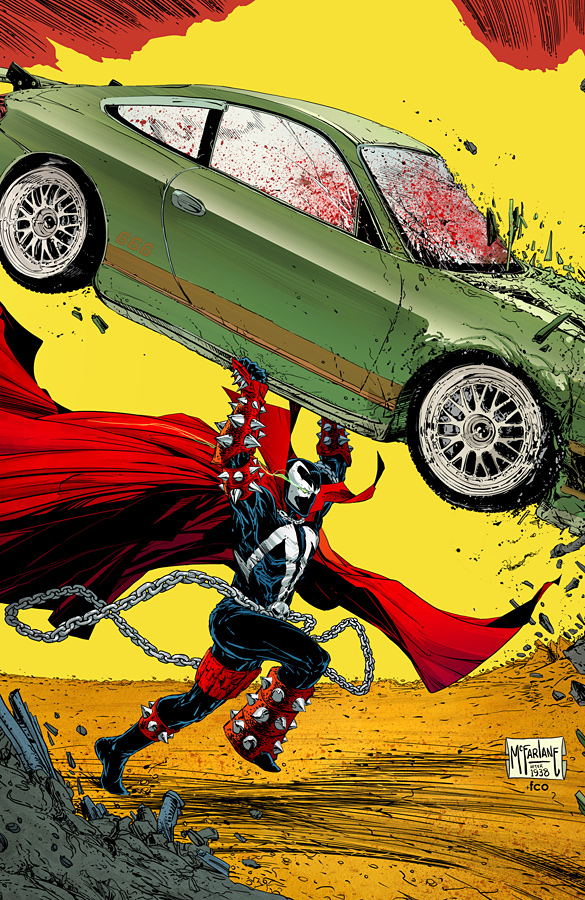 Todd McFarlane has taken his great run of parody covers all the way back to the beginning with his ‘Spawned’ version of Action Comics #1. There’s just something about seeing a brightly coloured Spawn smashing a green porsche above his head that gives us a fuzzy glow. Is it unoriginal design? Maybe, but we LOVE IT!

Congrats to Todd and Image, they get the paper crown this week! 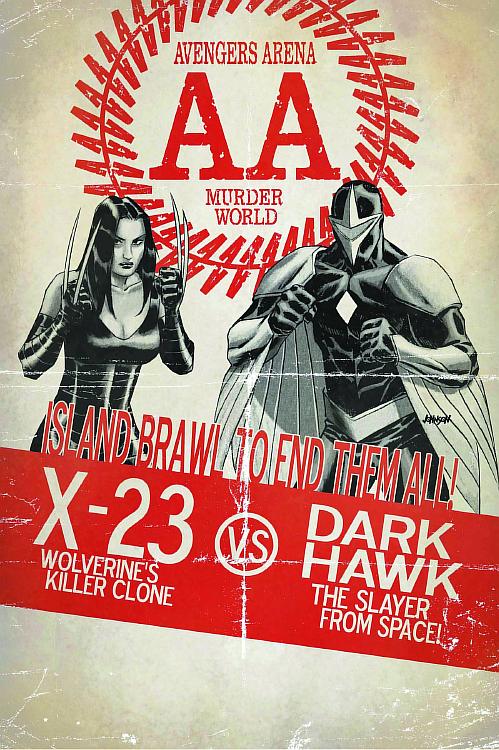 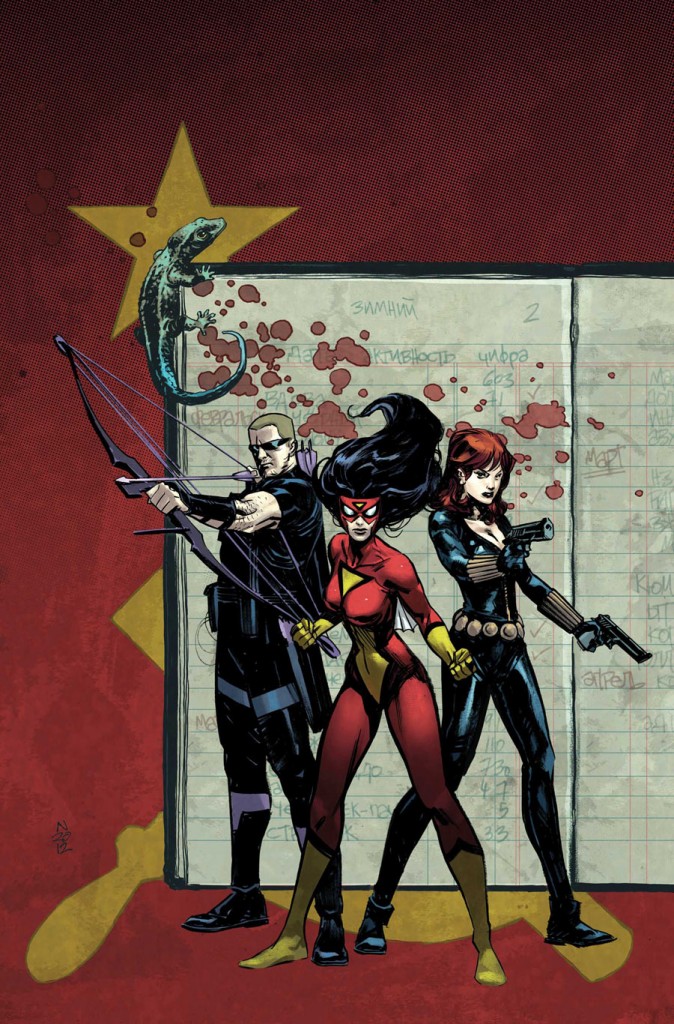 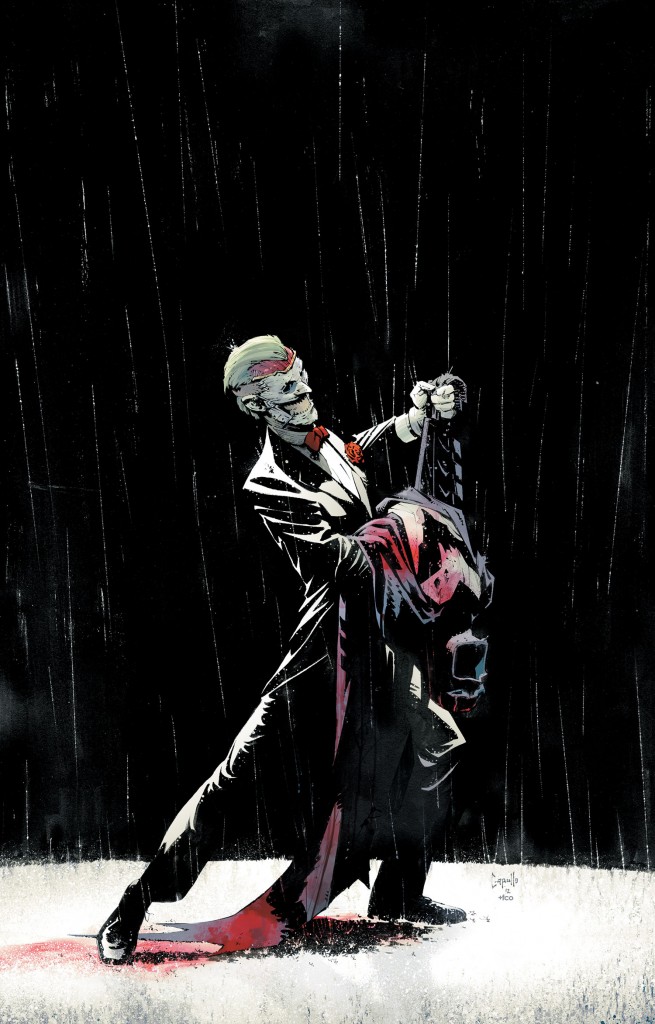 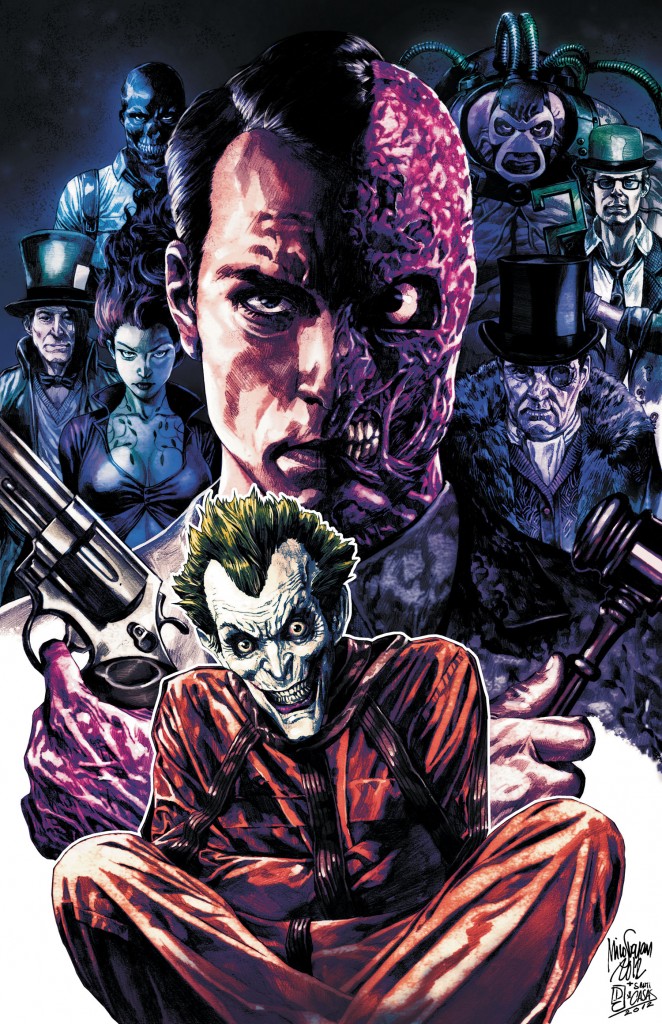 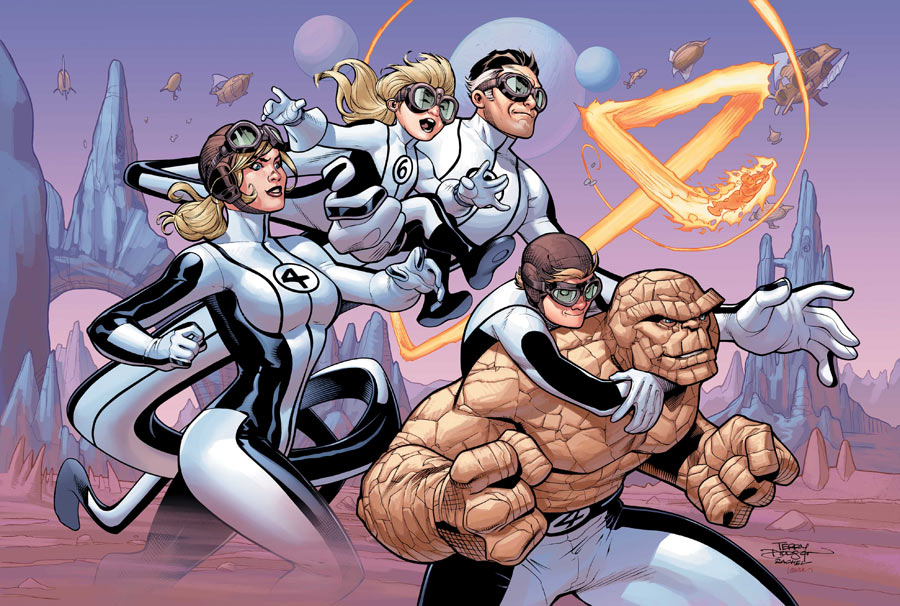 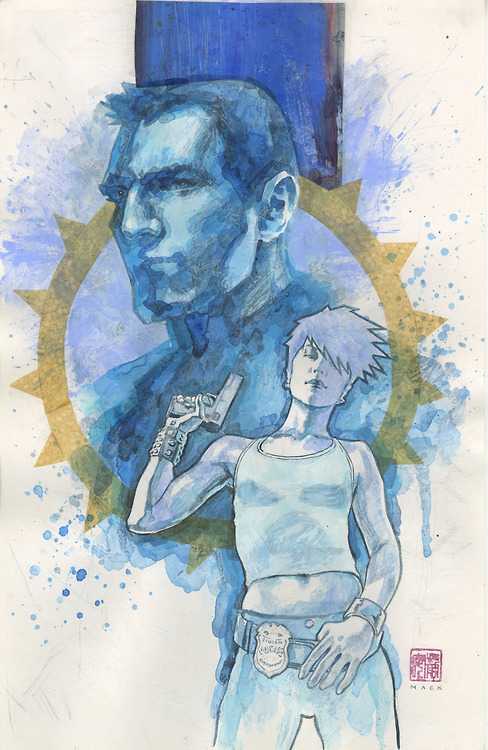 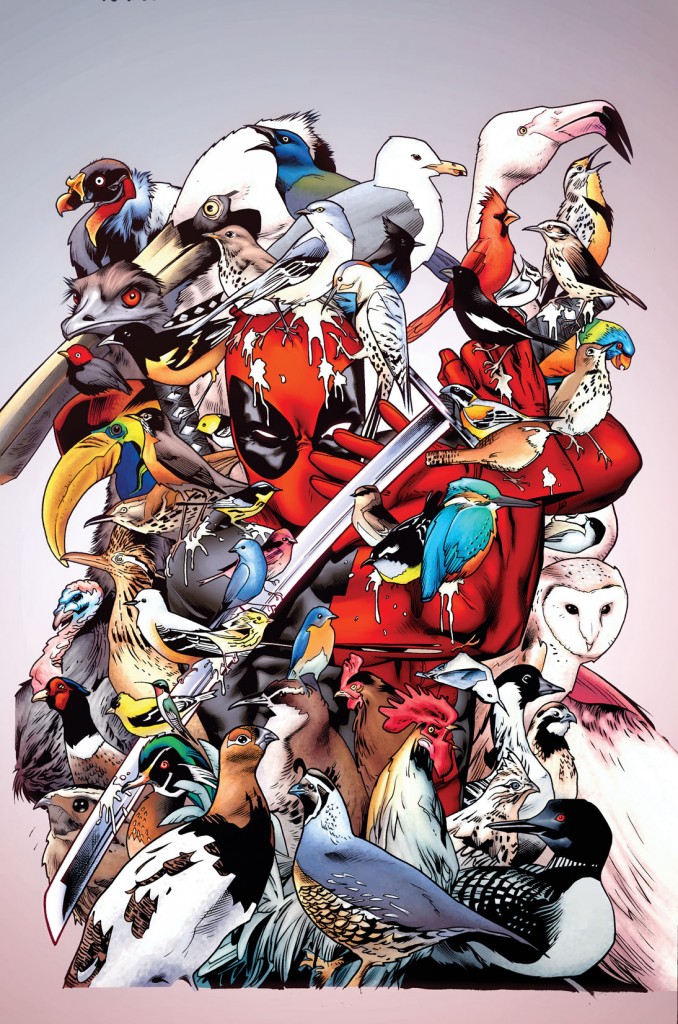