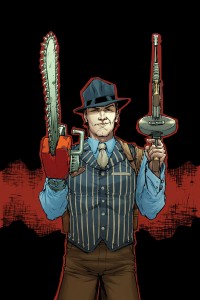 We couldn’t resist Daniel Leister’s great cover for Army Of Darkness #10! In the story, Ash is mixed up with a wanna-be gangster who’s gotten his hands on a copy of the Necronomicon, and the theme has inspired Leister to create this simple yet inviting cover that really stands out on the shelf! 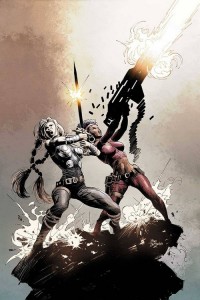 One of Marvel’s top sellers this week (and rightfully so!) was Fearless Defenders, featuring the now obligatory slew of alternate covers. We’ve opted for Mike Deodato’s version, with Valkyrie and Misty Knight fighting unseen attackers before a cloud-filled sky. The washed-out palette and great inks add some great drama to the piece. 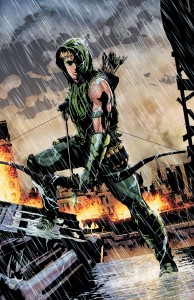 The Emerald Archer is enjoying a boost to his profile, thanks to the great Dark-Knight-inspired Arrow TV show. Issue 17 marks a new creative team on the book and a change in style for the covers. Andrea Sorrentino adds grit and a sense of realism through heavy inks and the use of rain (also a feature of this week’s Detective comics!) on a cover that is bound to attract fans of the show. 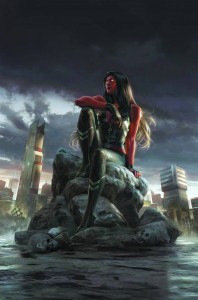 Jana Schirmer’s front for Red She-Hulk #62 features a pensive Betty atop a boulder with what appears to be the remains of the Avengers strewn below! A beautiful piece that perfectly captures the struggle contained within the book, as Betty is hunted by the authorities for trying to stop a secret government project that will result in the end of humanity! 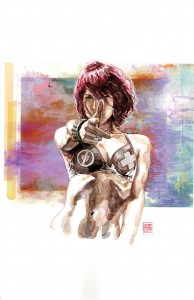 After a bit of a hiatus, Brian Michael Bendis’ Scarlet returned this week, with covers from his pals, series artist Alex Maleev and Daredevil collaborator David Mack. While both were great, the ACE Comics consensus has gone with previous Cover-Of-The-Week winner, Mack. Instantly recognizable as his work, the vivid watercolour and perfect execution of the portrait is amazing. A great book. A great cover. 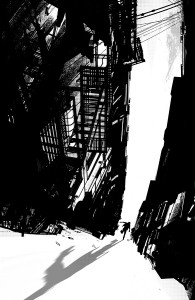 Image’s Snapshot originally appeared spread throughout a number of issues of Judge Dredd Megazine. The first issue of it’s new, monthly published mini-series format, is a great introduction to the tale of a comic-store worker who, while heading through a park, discovers a mobile-phone containing images of a murder! Jock’s cover captures the thriller aspect, with the streets seeming to close in on Jake Dobson, as he runs from the serious turn of events. Ominous indeed. 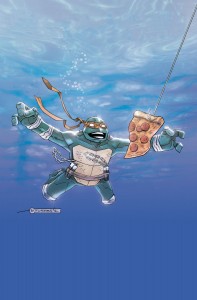 Oh, homages, how we love thee… Mark Torres has produced a brilliant ‘Rock-Concert-Retailer-Incentive’ variant cover for ‘Turtles #18, complete with Michaelangelo swimming towards a slice of pizza on a fish hook. You can take a look at his creation process here. Anybody spot the album cover reference? Anybody? No? Oh well, nevermind.

This week our Cover Of the Week goes to… 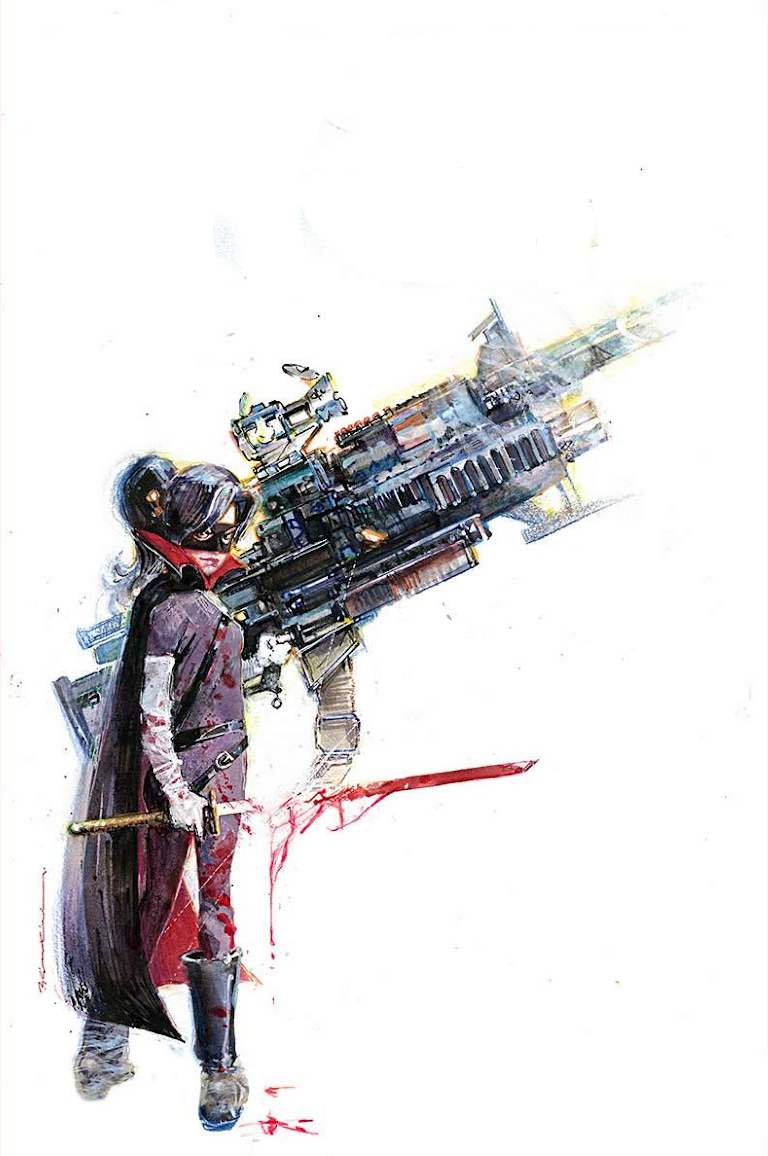 At first glance, you might think that Bill Sienkiewicz’s superb variant cover for Hit Girl #5 looks familiar. That’s because it should be. It was inspired by the cover to Elektra: Assassin #1 from 1986, a comic book with a fabulous cover by… that’s right, Bill Sienkiewicz!! It’s a lovely homage that pays tribute to just what destiny might have in store for our adolescent eliminator!

Congrats to Bill and Marvel, they get the paper crown this week! 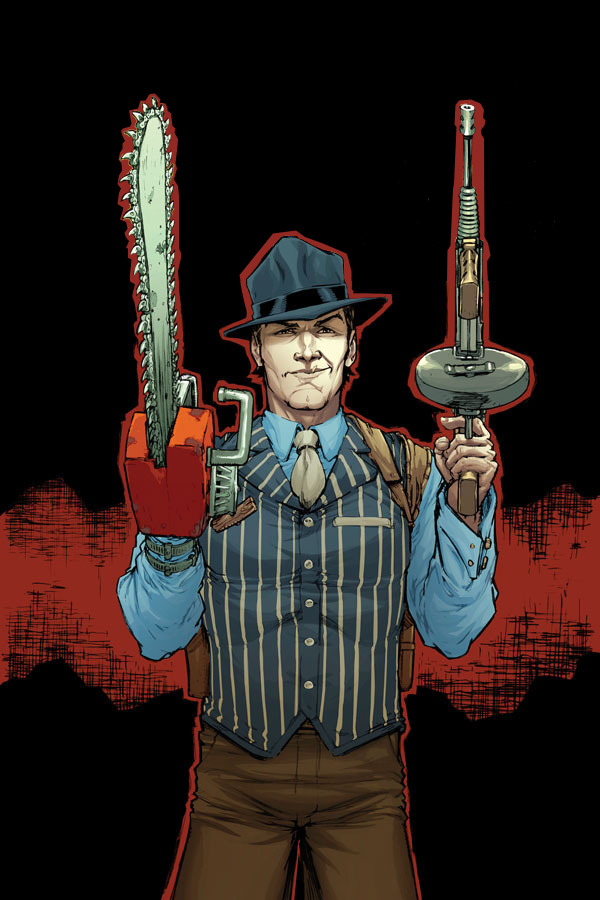 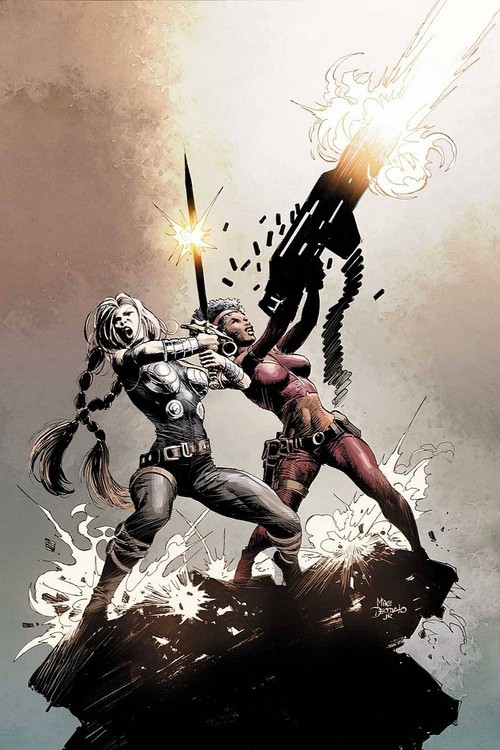 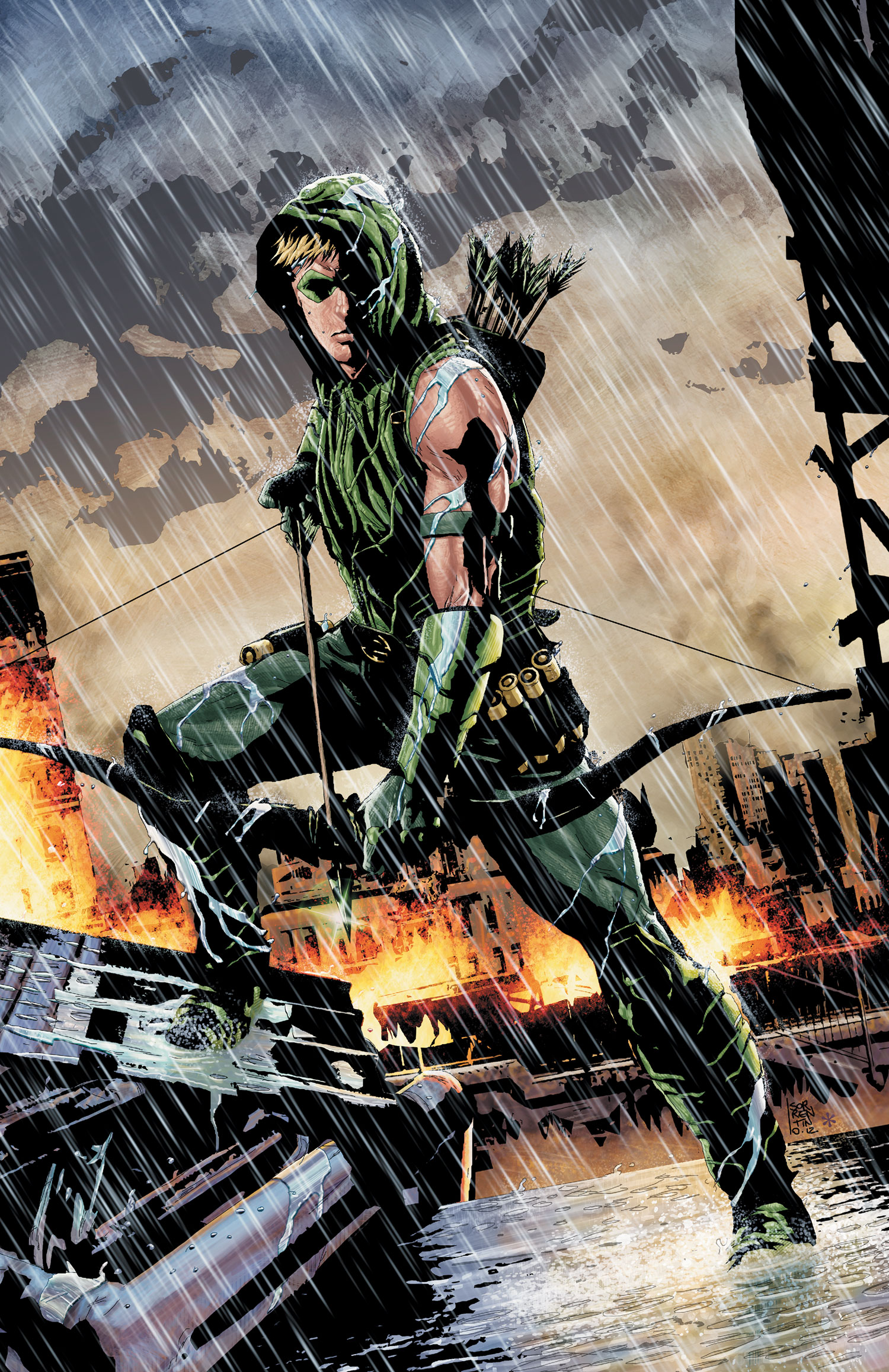 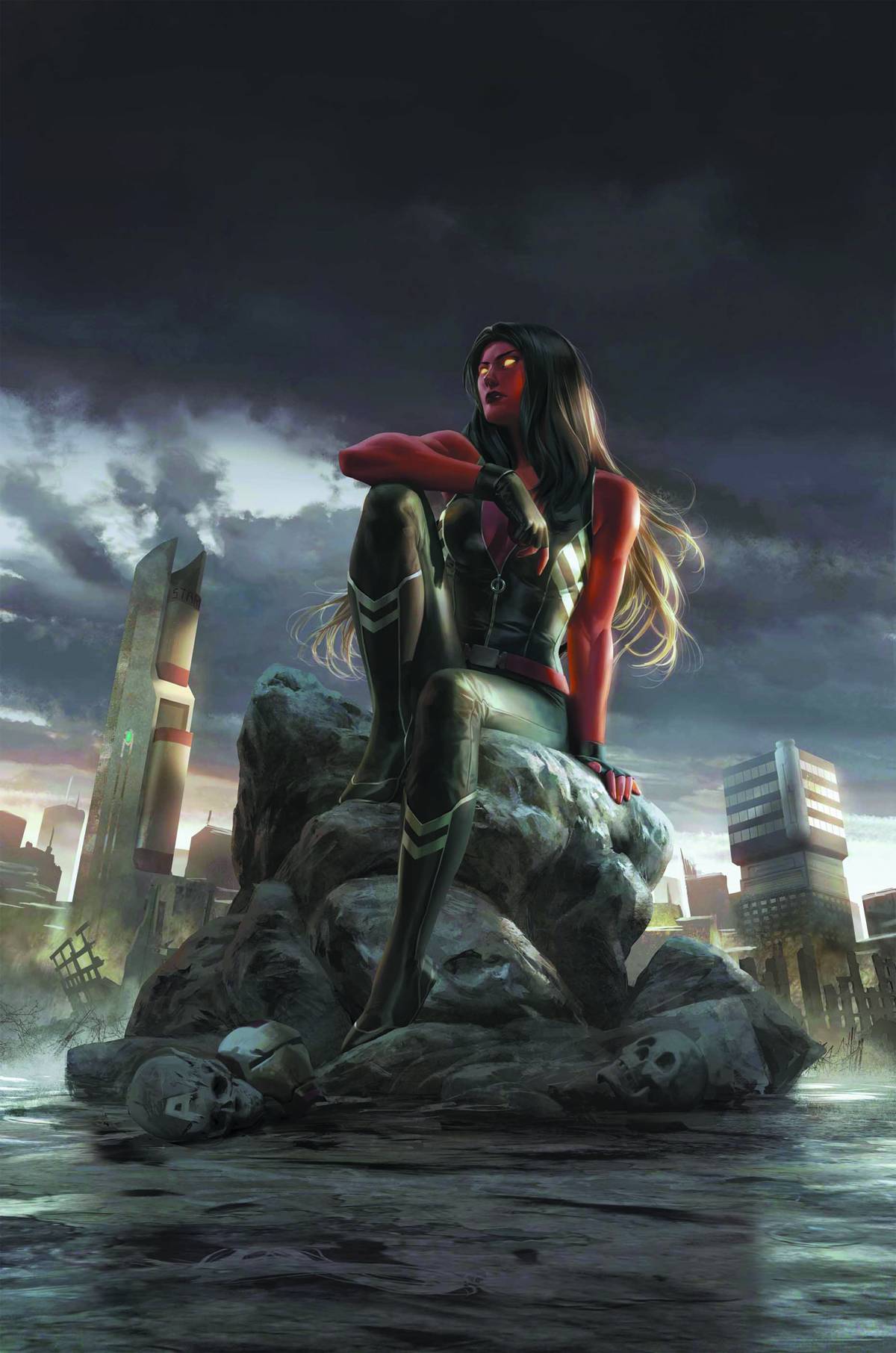 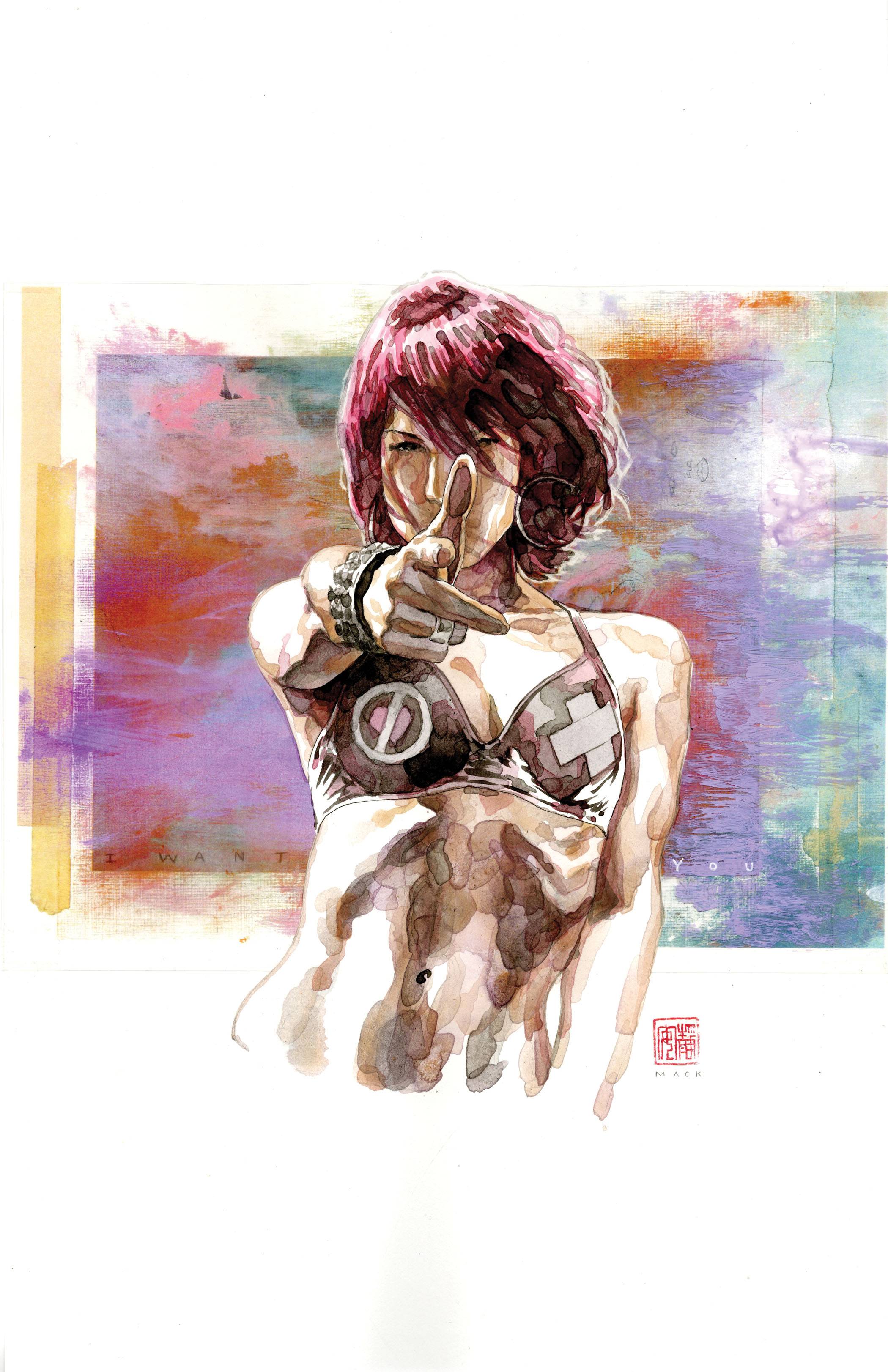 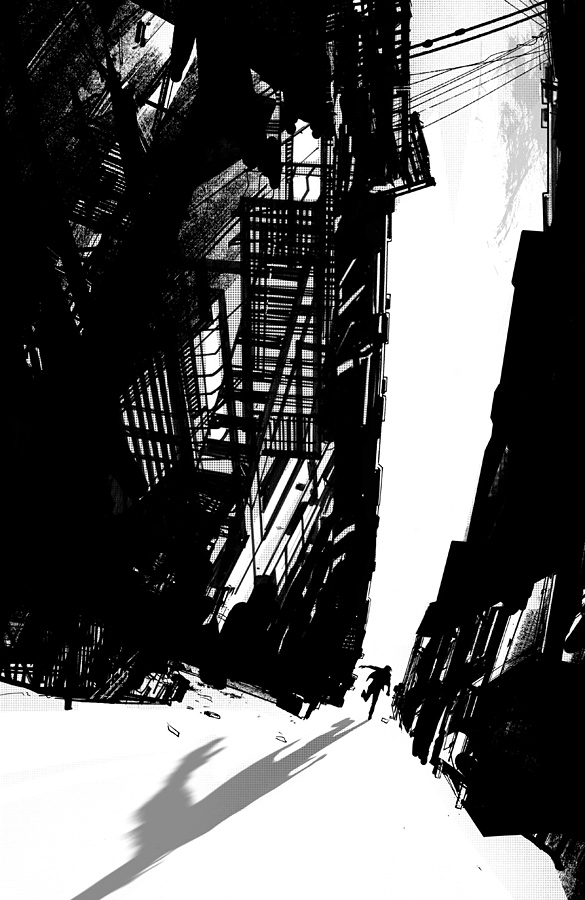 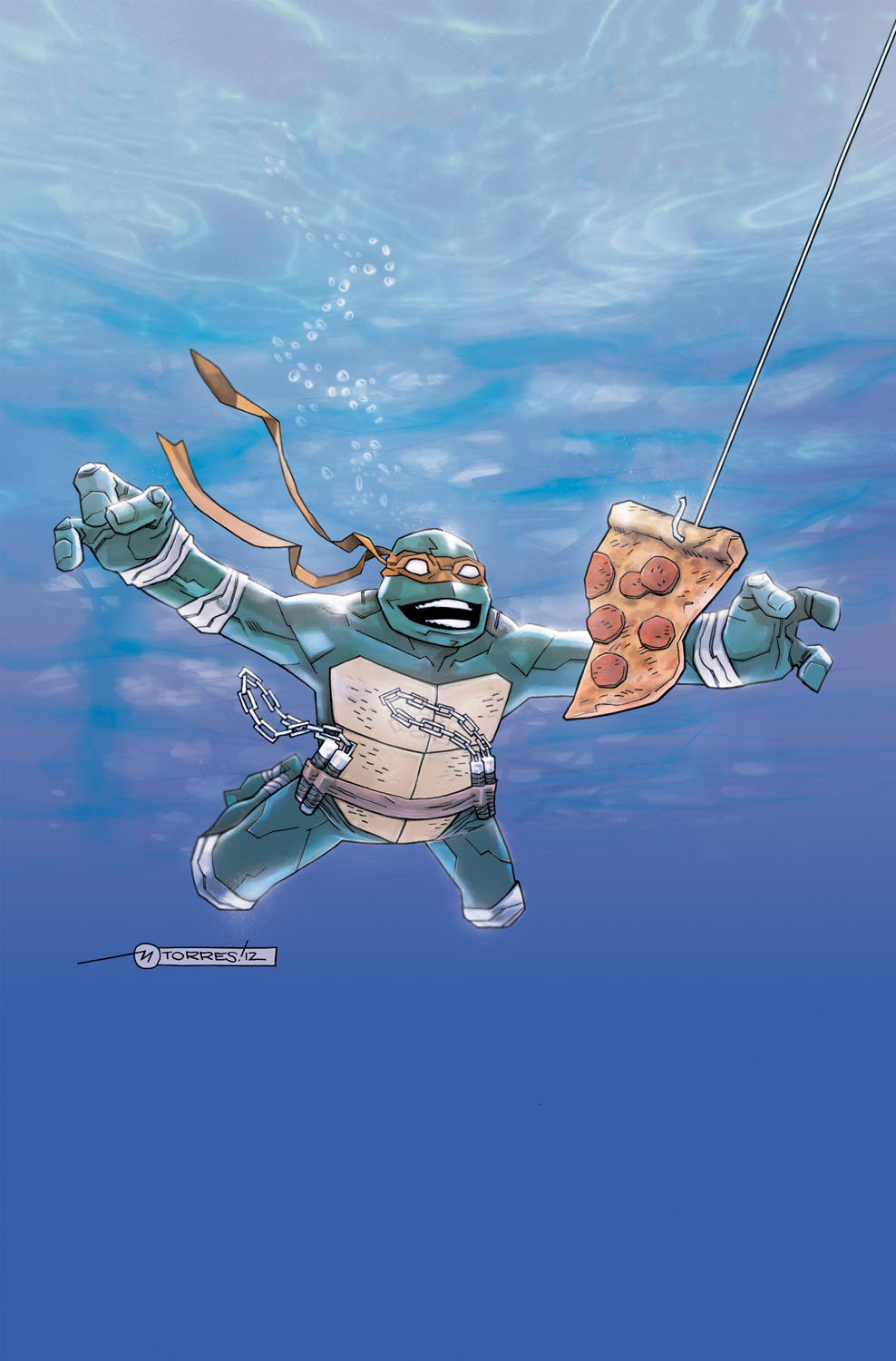