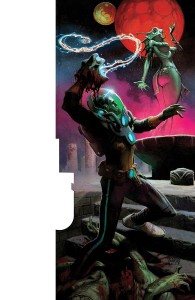 It’s got a spaceman waving the electrified tongue from a decapitated frog-person’s head at an exotic frog-lady. Matteo Scalera’s fabulous art adorns one of our favourite comics this week – Black Science #1 – and it’s bold, beautiful and bobbins! 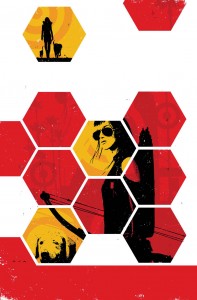 The second part of David Aja’s connecting covers to Hawkeye is, once again, a visual treat. Graphically stylish and well coloured, it’s yet another in the impressively long list of eye-catching covers that Aja has provided for Clinton Francis Barton’s escapades. 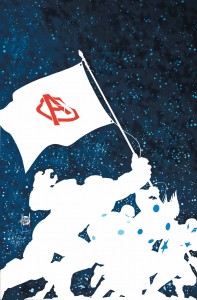 Adam Kubert’s use of a negative silhouette set against a strong, starry sky on the front of ‘Infinity #6’ is genius. Add to that the homage to the Iwo Jima Memorial and clearly recognizable Marvel characters and you get this week’s ‘almost’ winner! 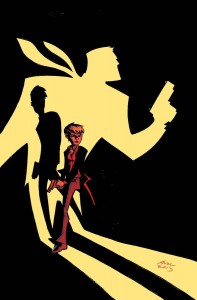 Series artist Michael Avon Oeming always turns in a great cover in his own inimitable fashion, and on the front of ‘Powers Bureau #8’ we have another negative silhouette showstopper! 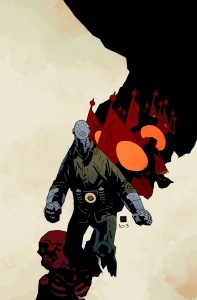 Like the aforementioned Avon Oeming, Mike Mignola has a unique style and impressive catalogue of brilliant covers. Sledgehammer 44 makes the cut this week, displaying a wonderful flow to the artwork that makes great use of the negative space. Swish! 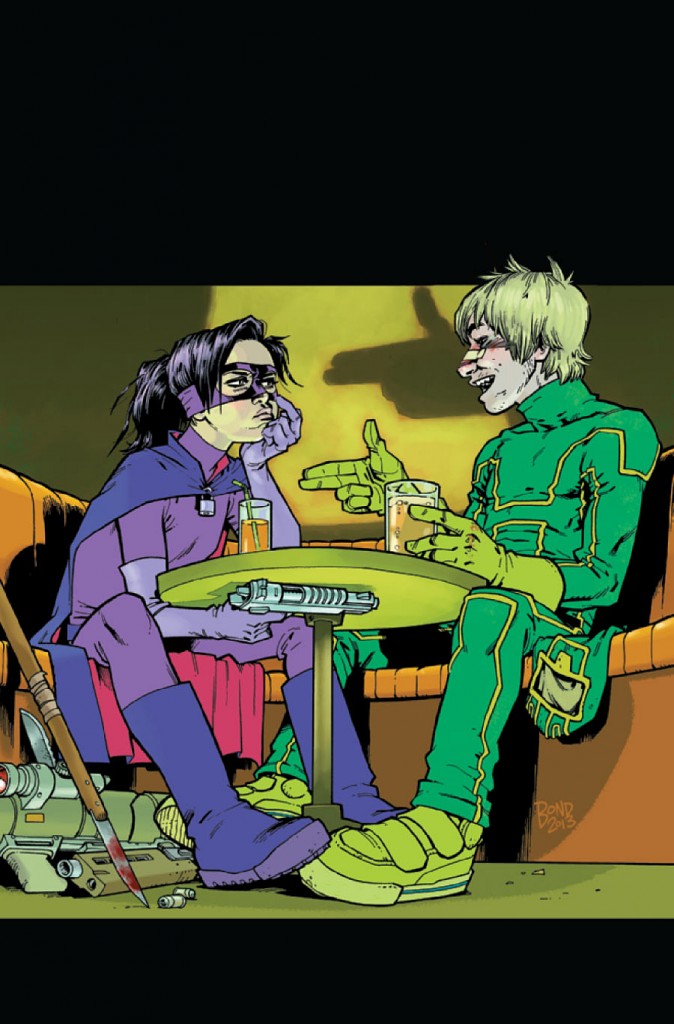 Philip Bond’s fine ‘Kick-Ass #5’ variant cover was the collective choice for week 48. It’s a nice homage to classic (and, these days, controversial) ‘Star Wars’ scene nicely parodied by Hit-Girl and Kick-Ass. What’s also interesting to note is the rather large gun pointed directly at Mindy McCready’s head thanks to the scene’s uplighting…

Congrats to Philip and Marvel, they get the paper crown this week! 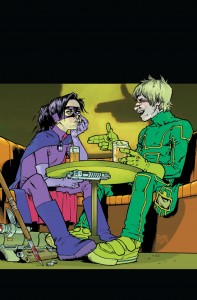