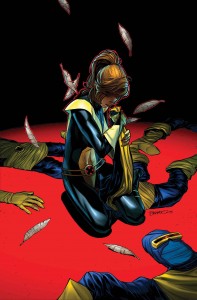 The cover to ‘All New X-Men #18’, by Brandon Peterson, is the most emotive one you’ll see on the shelves this week. It features a lone Kitty Pryde, surrounded by empty X-suits, one of which she is clutching as feathers fall around her. 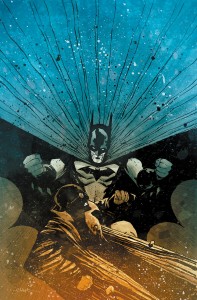 Christopher Mitten’s front for ‘Batman: Arkham Unhinged #20’ is a fabulous image of Batman bearing down on a gun-toting villain. It’s gritty and dark with wonderful washed-out colour, and Batman’s cape ominously fills the entire top half of the picture. 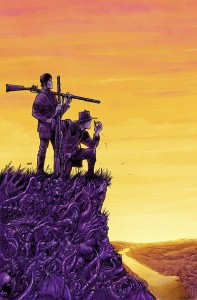 There’s a clever cover for the first issue of ‘Manifest Destiny’, a book that reveals the secret behind the famous voyage of explorers Lewis and Clark was not just to explore the American West, but also to seek out and confirm or deny the existence of monsters and other strange creatures. Artist Matthrw Roberts has Lewis and Clark staring out across the West from a cliff-edge. It just so happens that the cliff is composed of the images of gruesome beasts! 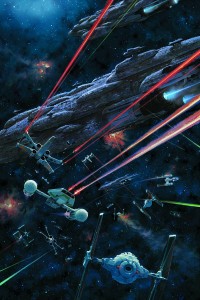 Who doesn’t love a ‘Star Wars’ space battle? We certainly do, and we love Sean Cooke’s cover for ‘Star Wars #11’, which features a brilliant image of just such a battle! 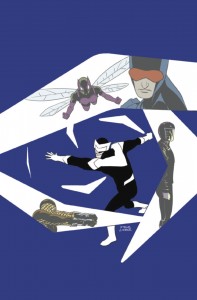 Supremely stylized and with Boomerang at the centre, Steve Lieber’s front for ‘Superior Foes Of Spider-Man #5’ is superb! 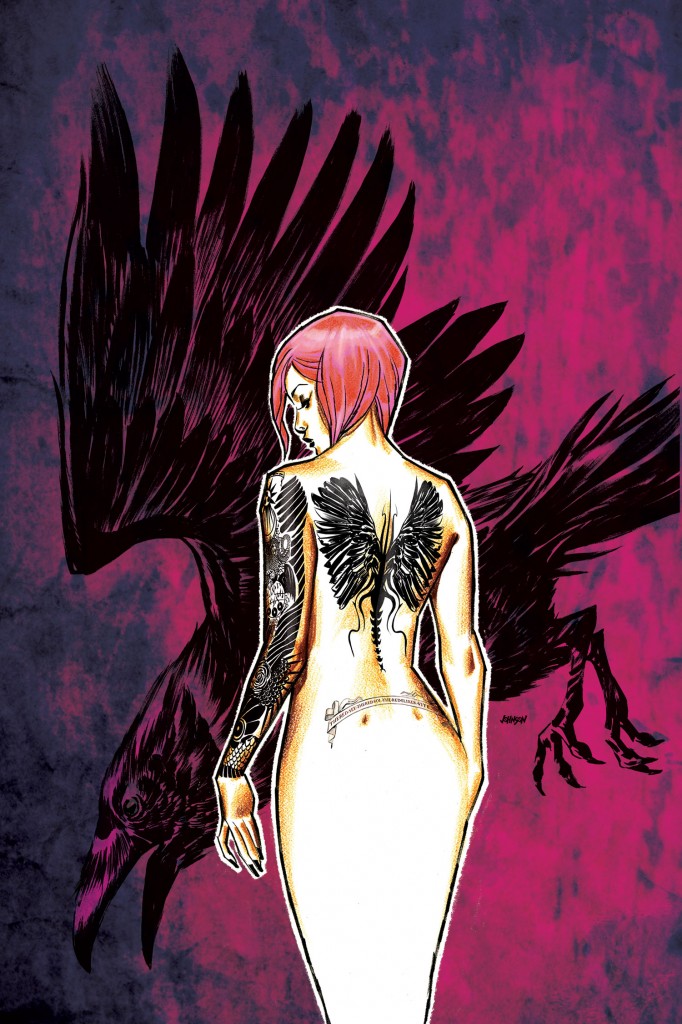 Coffin Hill continues to be an interesting book and Dave Johnson has come up with the goods for the second issue’s front cover. The view of Eve’s naked, tattoo-covered back, standing before a huge, dark crow is both powerful and disturbing. 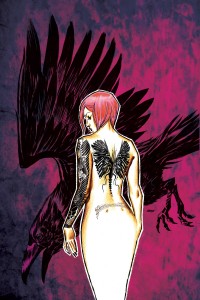