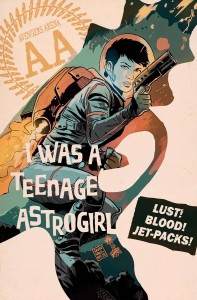 Also providing a fabulous cover for ‘Afterlife With Archie #1’, Francesco Francavilla’s cover for ‘Avengers Arena #16’ was easily going to make this week’s shortlist. Not only is it a fine example of Francavilla’s thick and appealing trademark style, but it also features ‘Teenage Astro Girl’ Cammi framed within the outline of a classic sci-fi raygun. Without doubt, the coolest cover on the block. 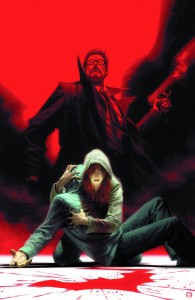 This is the fourth time in a row that an Alex Garner ‘Batgirl’ cover has been amongst our Cover Of The Week selection (he won the coveted paper crown in Week #33!). For issue #24 we have a kneeling Barbara cradling Ricky’s body beneath a blood-red image of her father holding a smoking gun. The bloodied Bat-symbol is clearly visible on the floor in the foreground. It’s a really great cover intensified by the steely look of anger in Barbara’s eyes, staring scarily out at the reader. Brilliant. 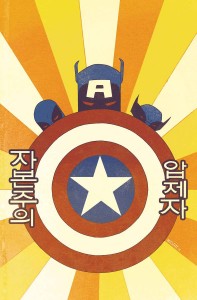 ‘Deadpool #18’ features a gritty yet stylized front from Declan Shalvey, depicting the trio of Deadpool, Captain America and Wolverine behind Cap’s shield set against a yellow-toned sunburst. It’s a splendid cover, and the powerful and acclaimed “The Good, The Bad and The Ugly” storyline running through the series at the moment, which follows the trio as they deal with some horrific events in a North Korea, is well worth reading! 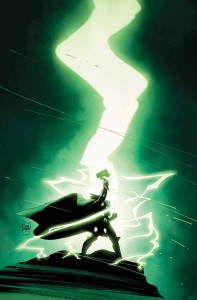 It’s amazing how intelligent use of light and shade on a monotone image of Thor holding Mjolnir aloft and conduction lighting can produce one of the most eye catching and exciting comic book covers on the shelf. Don’t believe us? Take a look at Adam Kubert’s cover for ‘Infinity #4’! 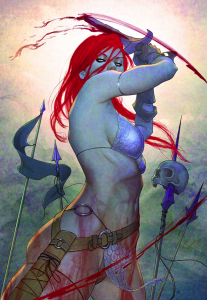 Jenny Frison is a fabulous illustrator whose star just continues to rise. The work that she is producing at the moment, particularly on Revival and Red Sonja, is just fantastic. The cover for ‘Red Sonja #4’ is testament to that, showcasing a point-of-view shot from one of Red Sonja’s victims, as she swings her blade upwards, with only the cold stare of her eyes visible above her arms. Like we said, fantastic! 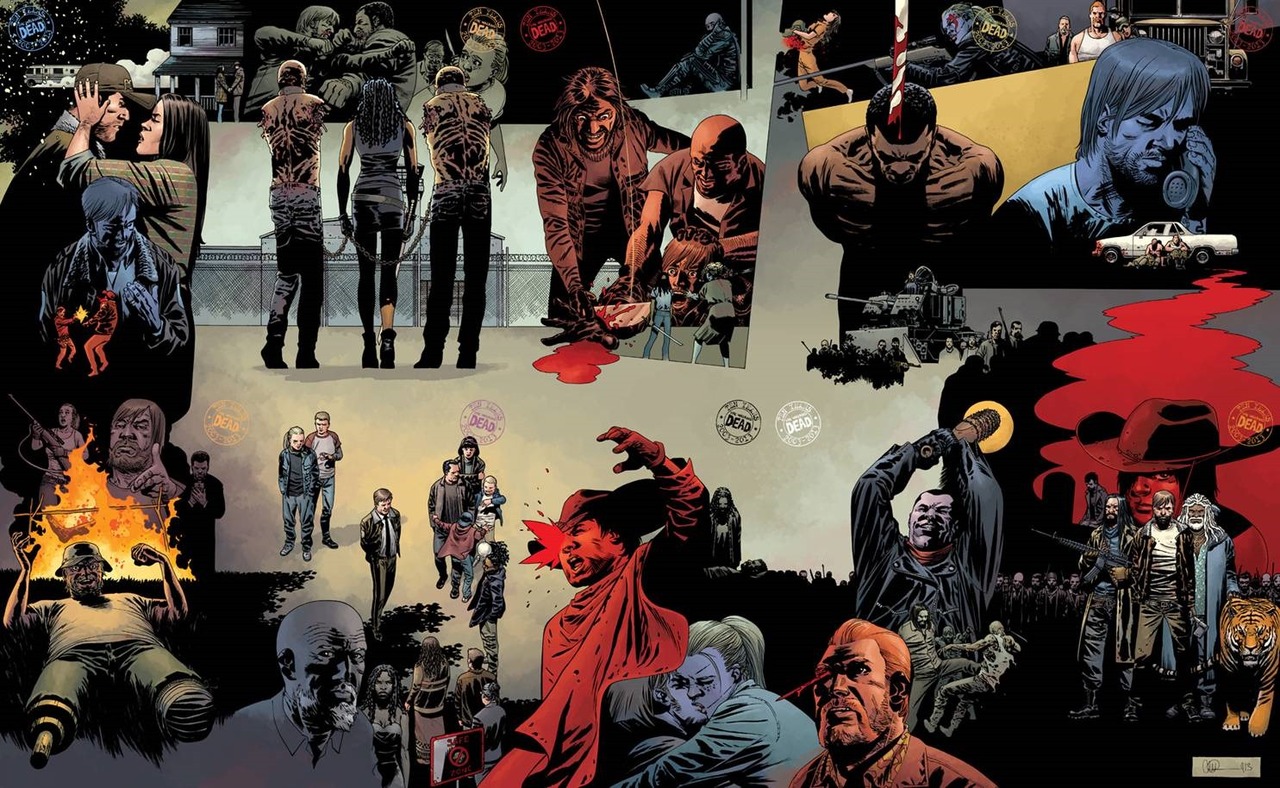 It’s not just one winning cover this week, but 10 of them (!) courtesy of Charlie Adlard! To celebrate the tenth anniversary of ‘The Walking Dead’, along with the regular (A), blank (L) and midnight incentive (M) covers, issue #115 hosts 10 different fronts labelled B to K that, when combined, form a huge collage highlighting key events in the series history! Bravo Mr. Adlard, amazing work!

Congrats to Charlie and Image, they get the paper crown this week! 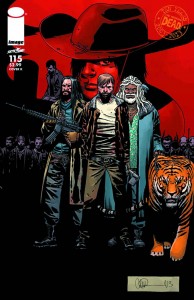