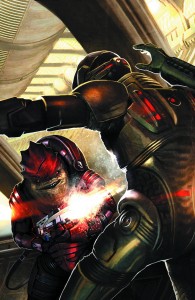 Any comic book cover that has an angry Urdnot Wrex from Mass Effect blowing a hole through an adversary gets a thumbs up in our book. Benjamin Carre’s beautifully rendered Krogan Battlemaster is a stunner. 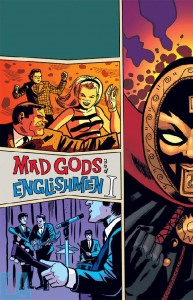 Mysterious Strangers is a very stylish book, thanks to Scott Kowalchuk’s impressive, Allred-esque, pop-art style. The retro, 60’s chic spills over onto the cover for issues #3 and #4 (a two-parter), where fictional band ‘The Scarabs’ appear, bearing a striking resemblance to another, insect monikered, popular beat-combo. Strikingly laid-out, it really demands your attention in the fight for shelf space! 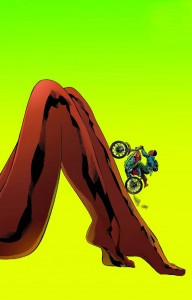 Controversy is always a good way to garner attention for a book (good or bad) and the cover for issue #6 of Sex is certainly a little risque. The wrap features the image of a naked (but not explicit) woman lying across the spread, but the real eye-popper is the tiny little dude riding a motorcycle up her leg! Piotr Kowalski’s art is definitely intriguing. 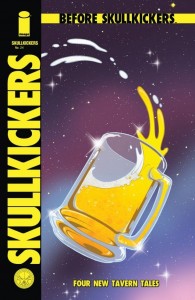 Ah, parodies. We do love ’em. ‘Skullkickers #24’ continues it’s recent template of drawing visual cues from famous comic books and turning them to their advantage. This issue homages not only ‘Watchmen #9’s spinning perfume bottle cover, but it also utilizes DC’s recent ‘Before Watchmen’ cover stylings. 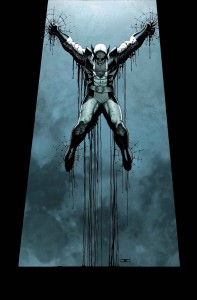 The front to ‘Uncanny Avengers #11’ is a colourless affair, spotlighting a bleeding Wolverine strung up against a wall. Interestingly, the stretched position of his hands and supported legs forms an ‘X’, while the shadow almost casts him in the centrer of a big ‘A’. Great visual references to the two teams amalgamated to from the Uncanny Avengers. And it’s by John Cassaday, so it’s obviously brilliant.

As much as we had very strong contenders for the title from all of the aforementioned five comic books, it was a standard hero-shot that impressed the most this week. 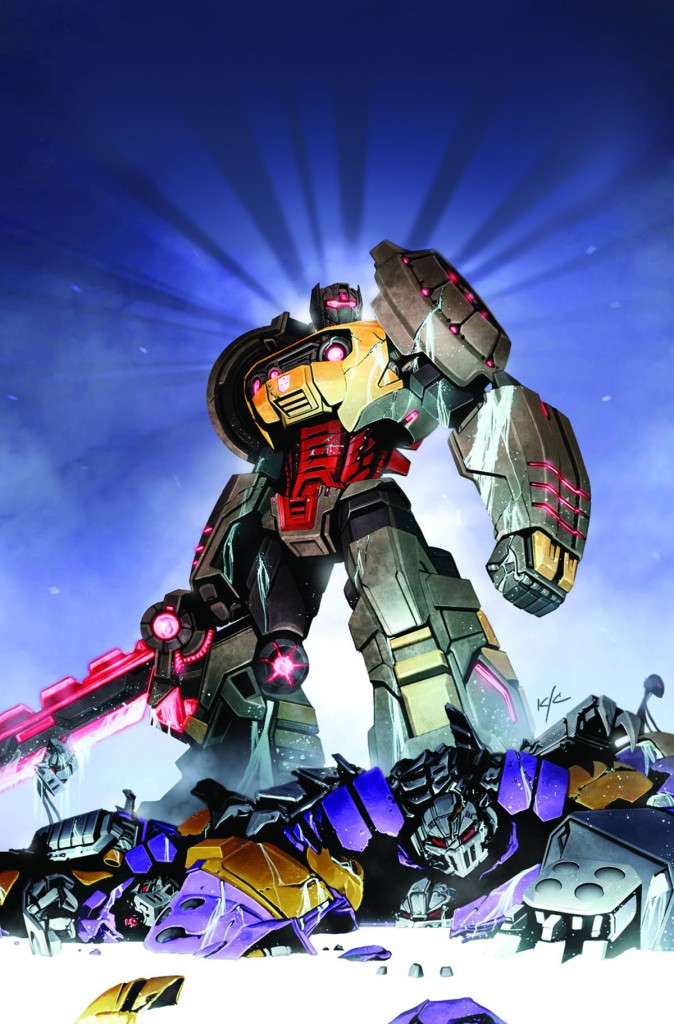 Ken Christiansen’s superb Grimlock victorious front for ‘Transformers Prime: Beast Hunters #4’ is an absolute doozie! Backlit amongst the wreclage of fallen Insecticons, the Dinobot leader is looking past us and into the distance, not doubt scanning for the next Decepticon to feel the wrath of his (rather massive) sword. Outstanding.

Congrats to Ken and IDW, they get the paper crown this week! 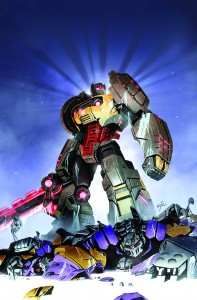