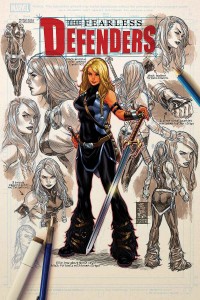 Without doubt, Mark Brooks has been producing one of the finest runs of inventive and brilliant comic book covers we’ve seen in long time. ‘Fearless Defenders #8’ is no exception, with a wonderful piece showcasing the artist’s drawing board. 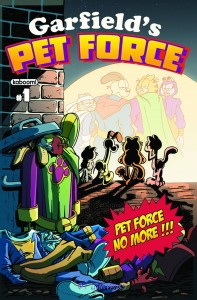 Gary Baker has produced a great, ‘homage’ cover for ‘Garfield’s Pet Force Special #1’, directly influenced by John Romita’s famous image of Peter Parker walking away from a trash containing his super-garb from ‘Amazing Spider-Man #50’, and we love it. 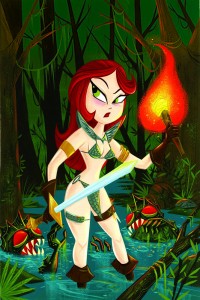 Talented illustrator Stephanie Buscema has provided one of the superb variant covers for ‘Red Sonja #2’. Highly stylized, the image is a refreshing change and contrast to the alternatives, and we love pretty much everything that Stephanie does, so this was a shoe-in! 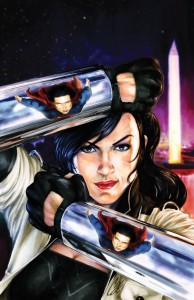 More famous artwork has been alluded to on the front of this week’s issue of ‘Smallville: Season 11’, as Cat Staggs Wonder Woman cover seems similar in style to Alex Sinclair’s front for ‘Wonder Woman #602’. It’s a fabulous painted piece that narrowly missed out on being our pick-of-the-bunch. 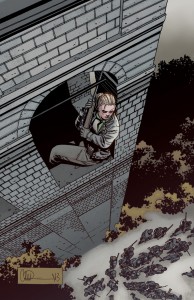 Another of our absolute favourites this week was Charlie Adlard’s front for ‘The Walking Dead #113’. Depicting Andrea keeping an eye on events below from the lofty viewpoint of a tower window, it’s a brilliant exercise in perspective executed magnificently.

…and so to the winner… 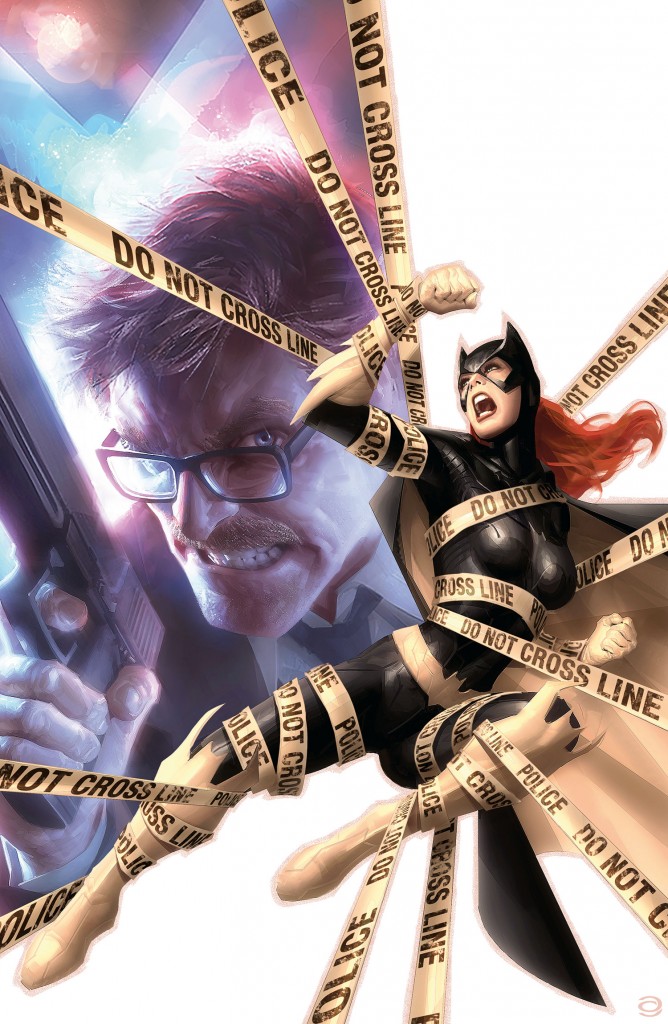 It was close this week, but Alex Garner’s unique cover for ‘Batgirl #23’ takes the prize. A stylized composition, it makes inventive use of police crime scene tape as, in the foreground, Barbara finds herself wrapped up in the tape with the huge face of her father, Jim Gordon, looming behind, his featured twisted in anger, on the search for his son’s killer. Inspiring stuff and a worthy winner!

Congrats to Alex and DC, they get the paper crown this week! 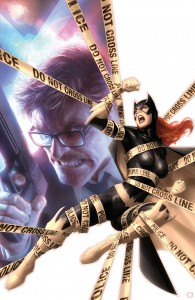