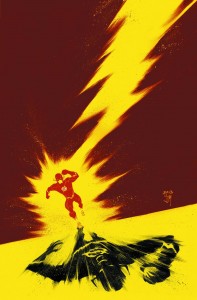 Supersonic and super-stylized, Francis Manapul’s classy front for ‘The Flash #22’ is a minimalistic treat. The palette of just a few blocked colours is accentuated by the grungy detail and the appearance of Negative Flash in shadow. 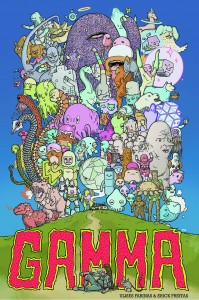 Described as a ‘dark and impossibly funny, real-world version of Pokemon’, ‘Gamma’ features cover art by co-creator/writer Ulises Farinas. Producing work akin to Geoff Darrow and Moebius, Farinas’ fantastically interesting cover is equally as brilliant as the previous ‘Flash #22’, but on the opposing side of minimalism, with the amazingly detailed monsters that deserve additional viewings to take them all in! 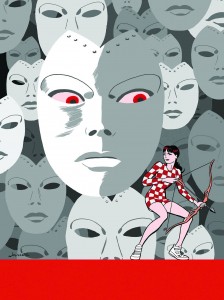 Back to effective, simplistic design with ‘Hawkeye Annual #1’, cover art by Javier Pulido. Kate Bishop is feeling the attention of a certain Madame Masque in this cool, stylized, abstract front. 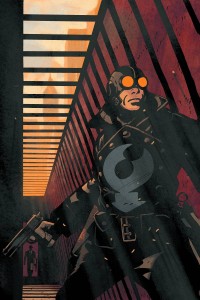 LOBSTER JOHNSON: SCENT OF THE LOTUS #1
Cover by DAVE STEWART

Dave Stewart does a fantastic job of setting the tone for ‘Lobster Johnson: Scent Of The Lotus’ on the front of issue #1. From the setting (beneath the city streets, as illustrated by the glimpse of skyscrapers through the grate overhead), through the composition (our hero looking into the distance in the foreground while a figure emerges through a doorway in the distance behind him, tommy-gun in hand) to the execution (wonderful use of colour, shade, shadow and smoke), it’s a fine example of creating tension and mood with stylish art. 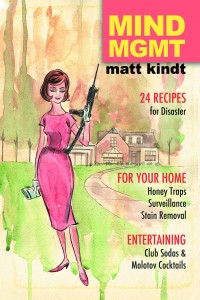 Looking like it was lifted straight out of a 1950’s edition of ‘Life’, Matt Kindt’s cover for ‘Mind Mgmt #13’ is an ironic homage to the lifestyle magazines of that era, featuring a watercoloured housewife, complete with machine gun! 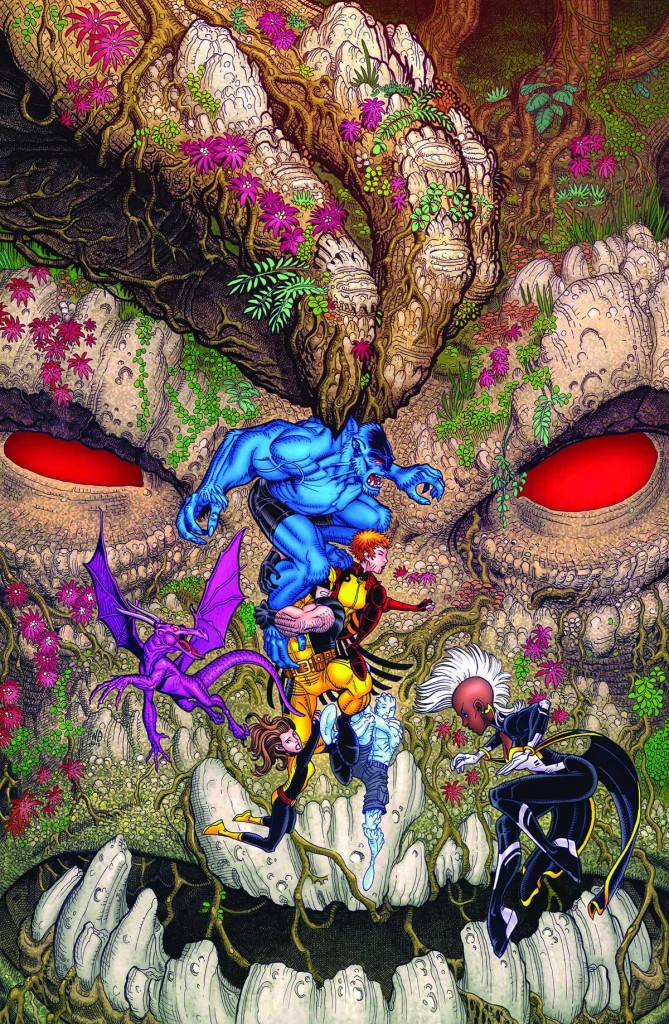 WOLVERINE AND THE X-MEN #33
Cover by NICK BRADSHAW

We’re back to high detail again with this week’s winner, Nick Bradshaw’s ‘Wolverine And The X-Men #33’! Bradshaw has the living island, Krakoa, dangling our mutant super-team in front of his enormous face. The design is incredibly intricate, embellished with flowers, vines and leaves everywhere which makes for a truly fascinating piece and a well deserved Cover Of The Week winner!

Congrats to Nick and Marvel, they get the paper crown this week! 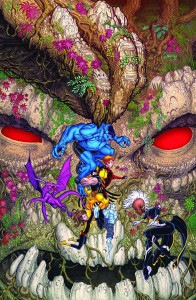