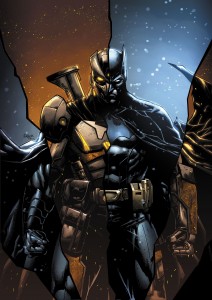 Jason Fabok’s striking cover for Detective comics #22 features a split-image composite of Batman and an all-new villain, The Wrath, who has been best described as the ‘anti-Batman’. The cover works really well as opposing sides of similar characters, enhanced by the destructive, golden, flame-like hues surrounding The Wrath and the cold, blue, snowy hues on Batman. One of the best of the series, for sure. 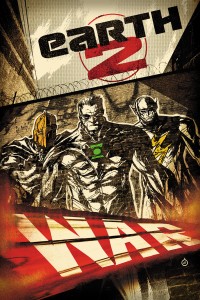 Juan Doe has produced a fabulous cover for Earth 2 #14, as Green Lantern, The Flash and Doctor Fate appear emblazoned on a barb-wire topped, brick wall beneath a brown/grey. A huge, grim, dark-red banner with the word ‘WAR’ boldly featured on it stretches across in the foreground. Doe’s half-tone styling and distressing elements almost make it seem like a vintage propaganda poster, conveying the threat faced by Dherain, the nation that has housed Darkseid’s aid (and our super-trios target) Steppenwolf and his forces. 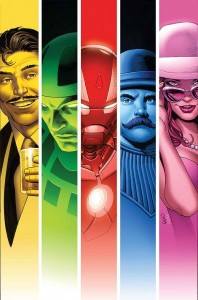 ‘The Origin Of Tony Stark’ continues apace in Iron Man #12, and Greg Land’s wonderful, portrait strips front is brought to life thanks to the striking colour-work applied by Guru-eFX. You can miss this eye-popper on the shelves! 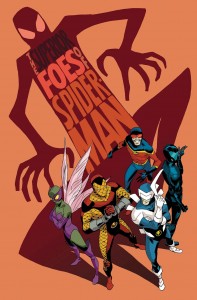 THE SUPERIOR FOES OF SPIDER-MAN #1
Cover by MARCOS MARTIN

Marcos Martin’s cover for The Superior Foes Of Spider-Man #1 calls to mind the work of graphic great Saul Bass, with the stylized shadow of Spidey lurking beneath the collection of assembled villains and incorporating the book’s title directly in the artwork. Very nice. 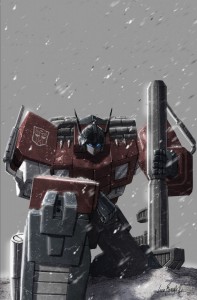 There wewre a few fronts for Transformers: Monstrsoity #2, but we thought Livio Ramondelli’s Cover B was a belter! Depicting everyone’s favourite Autobot leader, Optimus Prime, kneeling in the snow before a grey sky, his optics fixed firmly on the floor. Sombre, thought-provoking and featuring a giant robot – all the elements of a great cover! 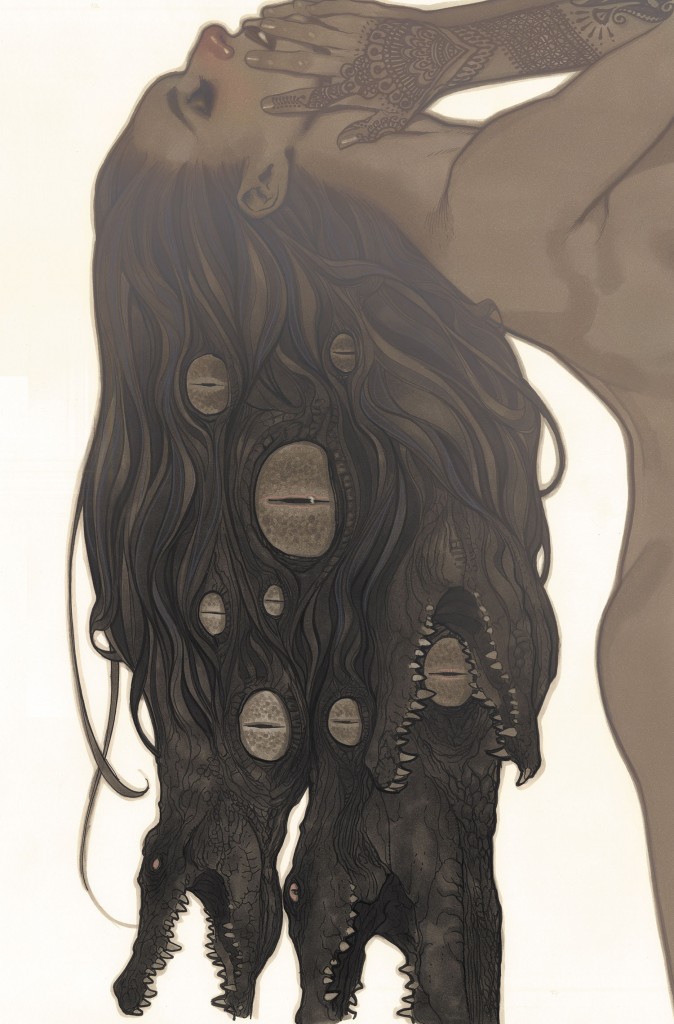 It’s another Cover Of The Week win for Adam Hughes, with his outstanding front for the latest issue of Fairest. Already garnering a lot of praise from the art community, the cover alludes to characters and events within, but we’re more impressed with the astounding way Hughes mixes the image of a beautiful young woman’s lovely, long, tousled hair with the terrifying images of huge crocodile heads and (more scarily) bulging eyes! Gorgeous and ghastly in equal measure!

Congrats to Adam and DC Vertigo, they get the paper crown this week!

.@ace_comics Thank you very much; I'm honored. The great folks @vertigo_comics make it much easier to do good work. 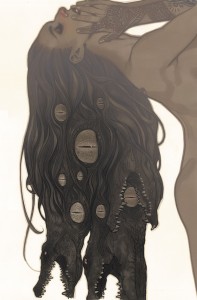