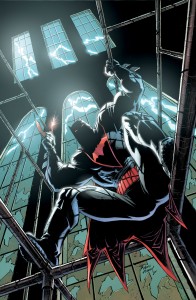 The New 52 Earth 2’s Batman makes his debut this week in dramatic fashion, highlighted on this great, low-angle perspective cover from Andy Kubert, using the contrast of the shadows and a lightning storm outside to highlight elements of the costume, but inviting a look inside for the full reveal. Intriguing. 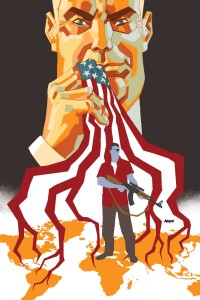 What seems like a constant prescence in our Cover Of The Week lists, Dave Johnson is in the running in week 22 with the latest in his wonderful series of covers for Fury Max. #12 is a gorgeous, stylized piece with congressman “Pug” McCuskey wiping his mouth on the American flag, it’s stripes stretching, branch-like, into the world. Ominous. 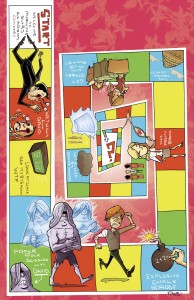 Morning Glories #27 features a handful of variant covers, and we felt that Rob Guillory’s version was, by far, the most interesting. It’s always an eye-opener when something different is trialed on a comic book front, and Guillory’s ‘board game’ effort is an idea seen before on occasion, but is executed with a loose yet professional style. Fun. 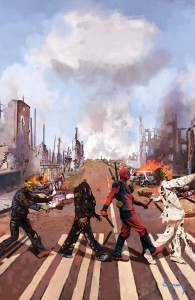 Deadpool seems to get his (masked) face everywhere! His latest example of ‘comic-bombing’ is on Arthur Suydam’s grisly variant for X-Men #1. An outstanding cover, it apes the iconic ‘Abbey Road’ Beatles cover, if the photo had been taken in a post-apocalyptic setting. And the Beatles were zombies. And Deadpool was Ringo Star. Fab. 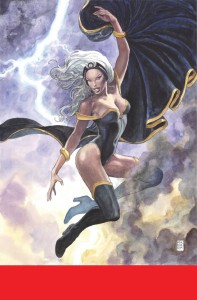 Italian artiste extraordinaire, Milo Manara, has been lending his trademark style to a number of Marvel NOW! variant covers recently, and this week you will find a stunning example of his work on X-Men #1, namely a beautiful portrait of X-Men’s Storm. Painty.

Strike up the band, we have a winner! 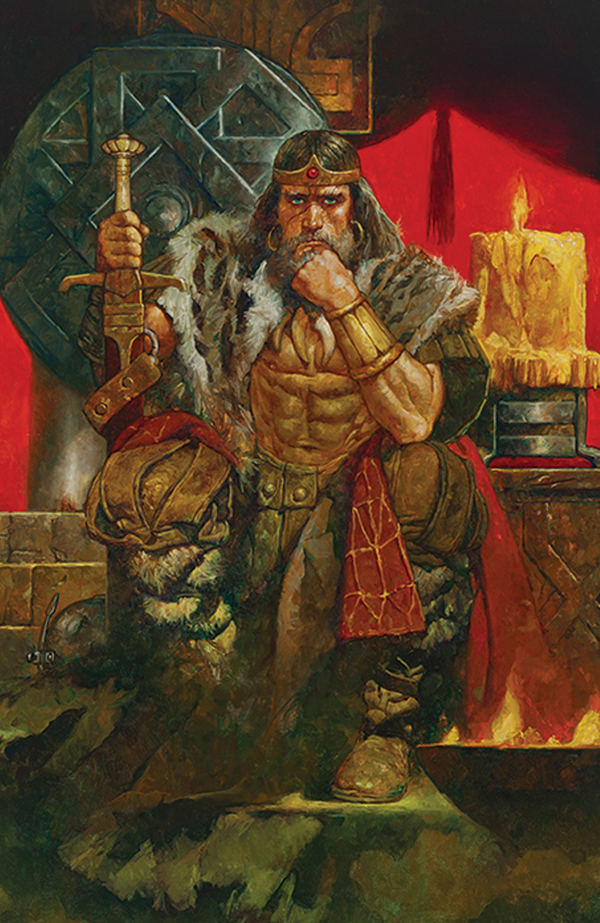 King Conan #1 features a choice of two covers this week, one of which is this marvelous piece from renowned Spanish painter Sanjulian. A heavy and powerful image of a pensive Conan adorned by the trappings of his position, broadsword clutched in hand, it’s an iconic depiction from an extremely talented artist. Winner.

Congrats to Sanjulian and Dark Horse, they get the paper crown this week! 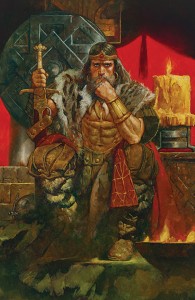