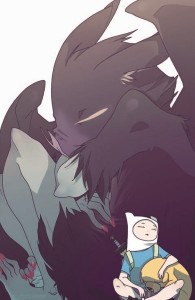 Boom! Studios’ ‘Adventure Time’ regularly features a number of variant covers on each issue, and we think that Jarrett Williams’ Cover D for issue #16 was the pick of the bunch with it’s Japanese-styled alternate take on Finn, Jake and a great big Marceline vampire bat! 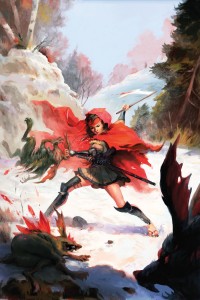 ‘Akaneiro’, a brand new series from Dark Horse Comics based on the new video game from American McGee’s Spicy Horse Games, has got off to a great start with a wonderful painted cover courtesy of Shu Yan. Little Red Riding Hood has never looked so bad-ass! 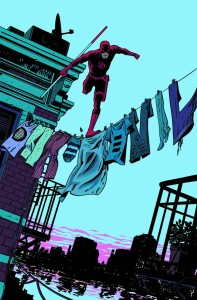 Chris Samnee has been turning in a number of memorable covers for the resent issues of ‘Daredevil’, and #26 is no exception. It’s great shot of Matt Murdock darting across a washing line alongside the Hudson River in Hell’s Kitchen, and Samnee has even included the book’s title amongst the washing! 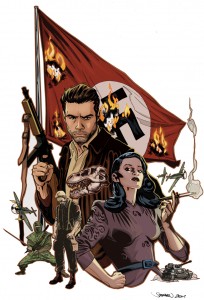 HALF PAST DANGER #1
Cover by STEPHEN MOONEY

Half Past Danger is the brand new, six issue adventure series from IDW and Stephen Mooney’s cover for issue #1 presents us with a fine composition incorporating our square-jawed hero, the sultry British agent, a burning Nazi flag, a dinosaur skull, ninjas, tanks and bombers – which represents just what you’ll find inside the pages! Perfect pulp imagery which fits the book snugly. 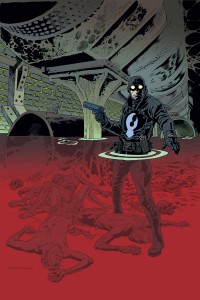 Kevin Nowlan’s superb artwork is not only excellent throughout the entirety of ‘Lobster Johnson – Satan Smells A Rat’, but it also graces the brilliant cover of two halves. We’re presented with our grisly and determined, titular hero standing waist-deep in the sewers while beneath the surface of the blood-red waters are scores of bodies. It could easily be interpreted as an analogy of the character himself with Lobster wading through the villainy he constantly faces.

And the winner for this week?… 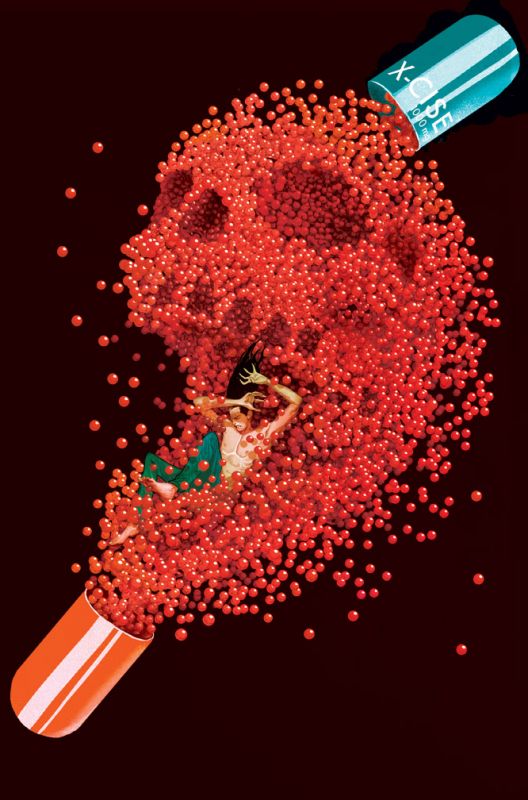 Michael Del Mundo’s great cover for ‘X-Men Legacy #10’ featured in our Cover Of The Week list a couple of weeks back. This time, with issue #11, he’s sitting at the top of the list. It’s an eye-catching, stylized front as Legion is almost engulfed in the contents of a popped capsule, taking on the menacing appearance of a hungry skull! The imagery alone made it an easy decision for us.

Congrats to Michael and Marvel, they get the paper crown this week! 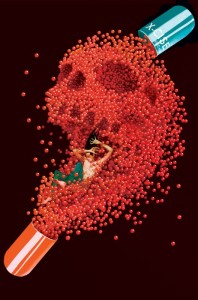