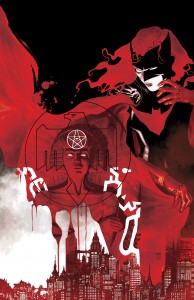 J.H. Williams III has provided our choice cover from the DC pile this week. This dramatic front makes fantastic use of the limited Batwoman palette (black, white and red) in a beautifully painted image of Batwoman watching over the city. 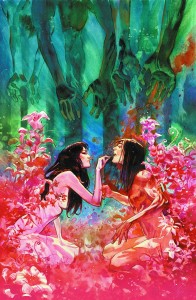 ‘Conan The Barbarian #16’, which was Dark Horse’s ‘Editors Pick Of The Week’ has a marvelous and rather non-Conan-y cover from Dave Stewart. Representing the vision quest undertaken by Conan and Bêlit inside the pages, the wonderful contrast between the lovers surrounded by passionate pink flora and the murky green and blue hue of the ghastly things that await them is stunning. 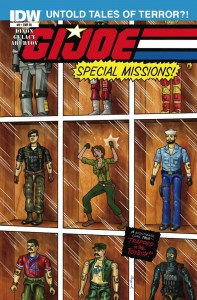 One for the fanboys out there, Jim Rugg’s retailer incentive cover for ‘GI Joe Special Missions #3’ stirs up those nostalgic feelings with images of a whole host of the Joes in action figure form. Lifeline – got. Flint – got. Shipwreck – got. Gung-Ho – got. Beachhead – got. Bazooka – got. Deep Six – oh no, NEED!! 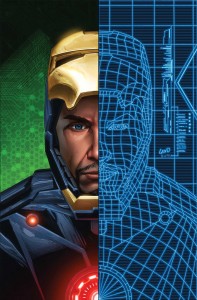 Almost the winner this week, Greg Land’s awesome portrait of Tony Stark sums up so much about the character in one eye-catching piece. Half man-in-a-can, half technological marvel, all armored Avenger. Nice. 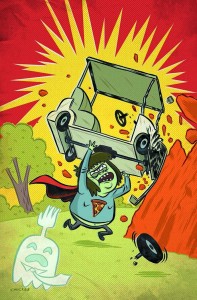 As is Boom!’s want, Regular show debuted with a whole bunch of covers from different artists, and they were all great. But Chuck BB’s homage to ‘Action Comics #1’, with Muscle Man aping the Man of Steel while High-Five Ghost watches on, was the greatest. 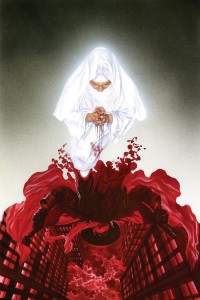 THE SHADOW #13
Cover by ALEX ROSS

Another master-class from Alex Ross on the cover of ‘The Shadow #13’, which has a brilliant ‘flipped’ juxtaposition between his mysterious new foil, bathed in a spiritual glow, and our dark hero, shaded in blood-red, in the heart of his city. Note the ingenious use of Cranston’s cape/ dripping blood to blend the two! 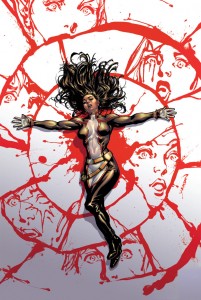 The Christ-like pose adopted by Monet St Croix on David Yardin’s cover for ‘X-Factor #256’ is extremely apt and all will become clear once you make it through to the end of this must-see instalment. The striking image incorporates portraits of the X-Factor team and a lot of spilled blood – it’s an epic cover wrapped around an epic issue!

And the winner for this week?… 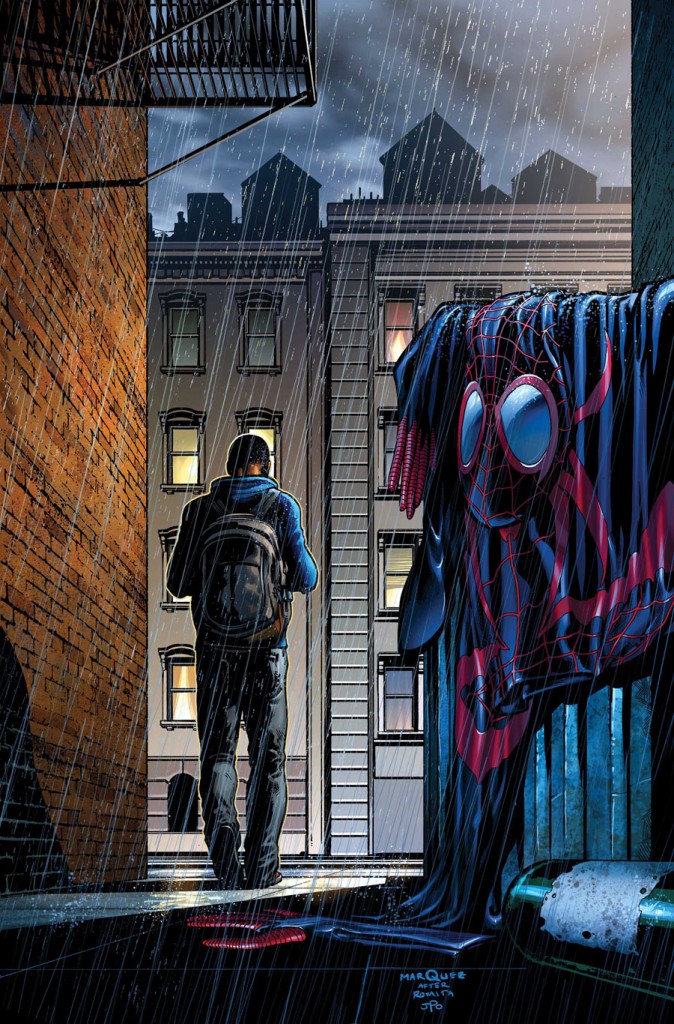 As you well know, we love a good homage, especially if it’s done really well. And that’s just what we have here! David Marquez has taken John Romita’s now-legendary image of Peter Parker walking away from a trash can stuffed full of Spidey-suit (from ‘Amazing Spider-Man #50’) and updated it for the Ultimate Universe’s Miles Morales. It’s an scene that has been copied before, but Marquez’s beautiful, stylish version sits at the very top of that particular pile.

Congrats to David and Marvel, they get the paper crown this week! 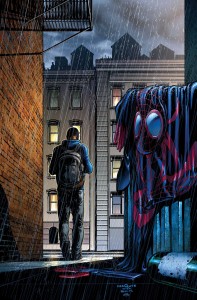