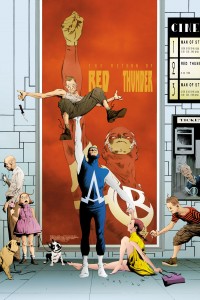 The content of Animal Man #20 explores the ‘Tights’ movie, a plot device in which the events surrounding the central character, ‘Chaz’, are designed to mirror thr afflictions of Buddy Baker. Jae Lee’s superb cover has Animal Man aping the pose on the ‘Red Thunder’ poster behind him, whilst saving a young woman from a mugger. A great snapshot, rendered beautifully, and it’s nice to see a little nod to DC‘s cinematic ventures indicated in screens 1 and 3. 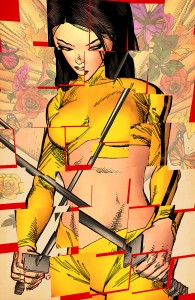 The finale for Epic Kill features a wonderful, ‘fractured’ portrait of the series protagonist, Song, on the front from Raffaele Ienco. It’s been a great series with no pretense and a lot of fun to read. 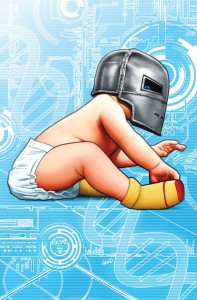 Timed perfectly to capitalise on the release of Iron Man 3 at cinemas around the world, issue #9 of Iron Man features the beginning of ‘The Origin of Tony Stark’. To illustrate this, Greg Land presents us with a with a (very) young Tony Stark sitting beneath the first Iron Man helmet, and a baby dressed as Iron Man always makes for a good cover! 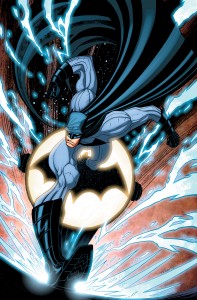 LEGENDS OF THE DARK KNIGHT #8
Cover by TRADD MOORE

Tradd Moore‘s uber-stylized cover for Legends Of The Dark Knight #8 may not appeal to all, but we just loved the sheer dynamism and energy conveyed in this illuminated shot of Batman hurtling towards us in front of the Bat-signal. A truly striking cover, indeed. 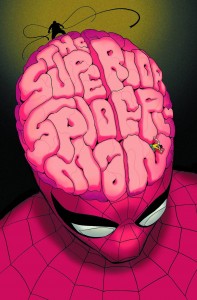 Marcos Martin‘s captivating cover for Superior Spider-Man #9 is brilliant, not only for the fact that the artwork incorporates the series title in such an interesting fashion, but also because it is truly indicative of the content of the book, as Otto Octavius hunts down the remnants of Peter Parker‘s conscious in his mind… 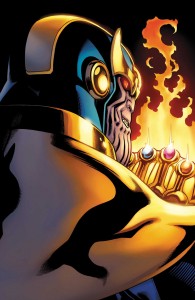 We had to put Ed McGuiness‘s cool variant for Thanos Rising #2 into our ‘Cover Of The Week’ mix. It’s a classic interpretation of the character and that grin will be familiar to anyone who caught the end of the Avengers Assemble movie! 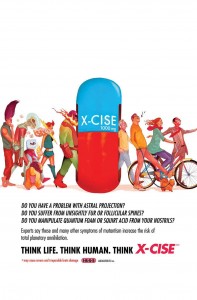 A very clever and inventive cover on X-Men Legacy this week from Mike Del Mundo. It’s a great piece of artwork that doubles as a mock-advert for Dr. Marcus Glove‘s mutation-cure pills, a drastic option being considered by Legion come the end of this fine issue. 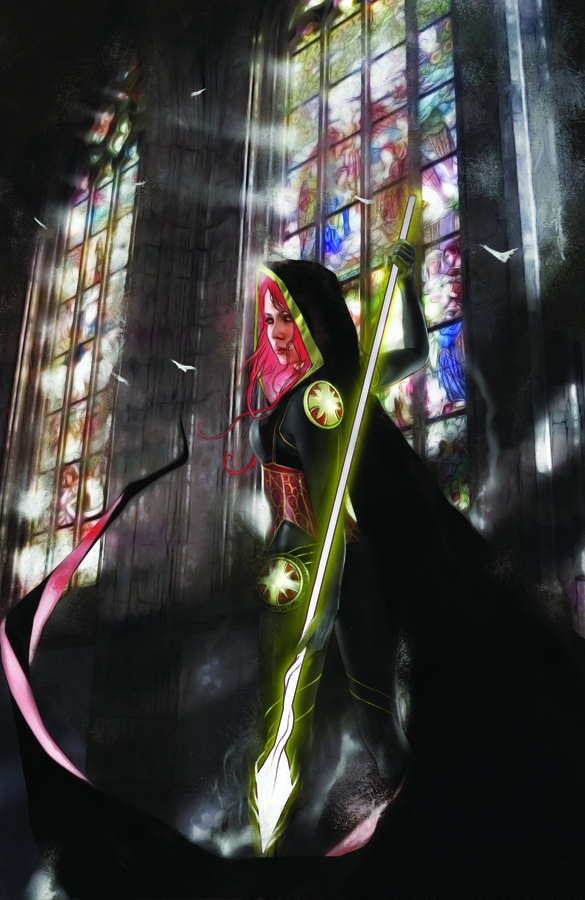 Issue #27 of Image‘s Artifacts sees the Magdalena joining Tom Judge in his continuing search for the artifacts and their bearers. Two covers are available for this issue, and we just love Marco Turini‘s fabulous variant, featuring the Magdalena turning towards us, Spear of Destiny in-hand, with the light streaming through the stained-glass windows behind her illuminating the murky shadows of the church in which she is standing. A really beautiful cover with a skillful use of light and shade. Nice work Mr. Turini!

Congrats to Marco and Image, they get the paper crown this week! 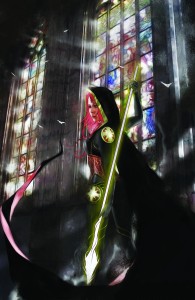