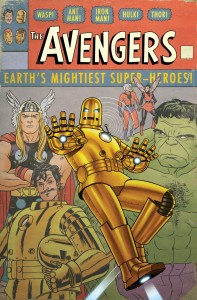 As part of the ‘Many Armors of Iron Man’ sequence of variant covers running throughout Marvel Comics this month, Joe Quinones‘ front for Avengers #9 features Iron Man. The reason Quinones’ cover stands out, is that it’s part of an awesome, retro-styled masterpiece! Very cool. 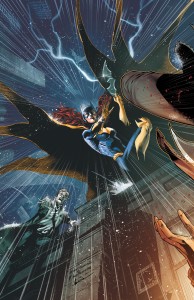 The first of our dramatic Bat covers is courtesy of Eddy Barrows and Eber Ferreira, who have combined to create this amazing, low-angle shot of Barbara Gordon reaching out from the top of a Gotham City building, spotlighted by an ingenius use of the falling rain’s focal point.

Which leads us on to our second dramatic Bat cover… 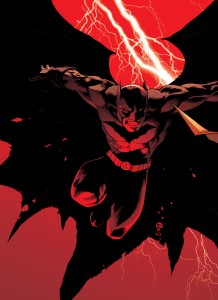 BATMAN AND ROBIN #19
Cover by PATRICK GLEASON and MICK GRAY

Batman and Robin #19 has a stunning cover by Patrick Gleason and Mick Gray. Reminiscent of ‘The Dark Knight Returns’ (which may well have something to do with the fold-out, wink, wink!), complete with lightning bolt, Gleason and Gray have opted for a striking Batman, mid-leap, his cape in tatters, coloured and high-lighted only in shades of red. This is one of the real stand-outs this week! 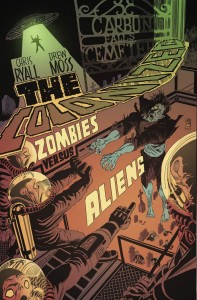 THE COLONIZED #1
Cover by DAVE SIM

The mighty Dave Sim has lent his talents to the front of The Colonized #1, a mixed genre tale involving zombies, aliens and a group of not-particularly-gun-shy locals. It’s a brilliant example of incorporating the title of the book into the artwork, to great effect! 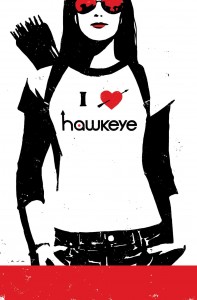 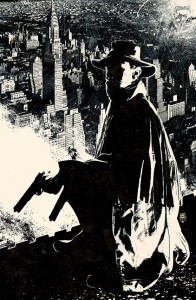 THE SHADOW #11
Cover by TIM BRADSTREET

The cover we’ve picked for The Shadow #11 is typically Tim Bradstreet – heavy on pen, inks and realism. The fact that there is no colour on this one, as opposed to the other three Shadow #11 covers, really showcases Bradstreet’s art to the fullest. 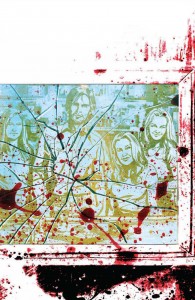 More cover tricks here on True Blood #11! This time, artist Michael Gaydos has opted for the picture-within-a-picture idea. The image of a broken-framed portrait of the True Blood cast is given a stark and disturbing appearance thanks to the bleaching out of a lot of the colour to a harsh white. That and the copius blood-spatter, of course.

This one really struck our eyes this week. For Thunderbolt #8, artist Jonathan Lau has produced a great portait of Peter Cannon walking past a line of police in the city centre with the headline ‘THUNDERBOLT EXPOSED’ visible on a copy of the New York Times in the foreground. The killer hook, however, is the fact that the image of Cannon and the cops is a reflection in a pool of water sitting in a crack in the street. A really interesting and different front, executed with style!

Congrats to Jonathan and Dynamite, they get the paper crown this week! 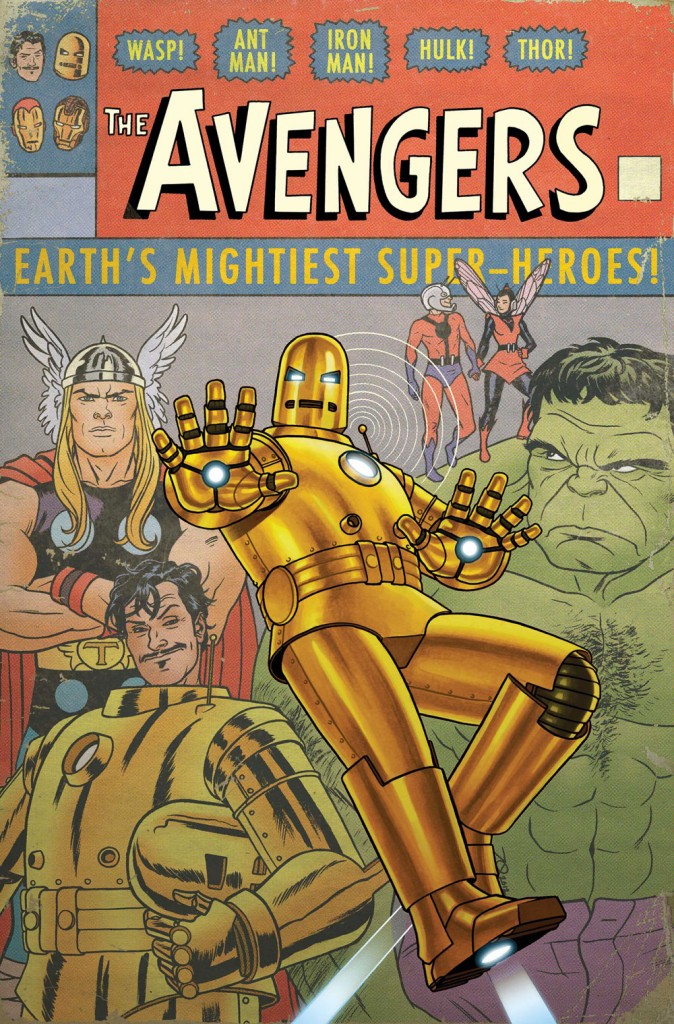 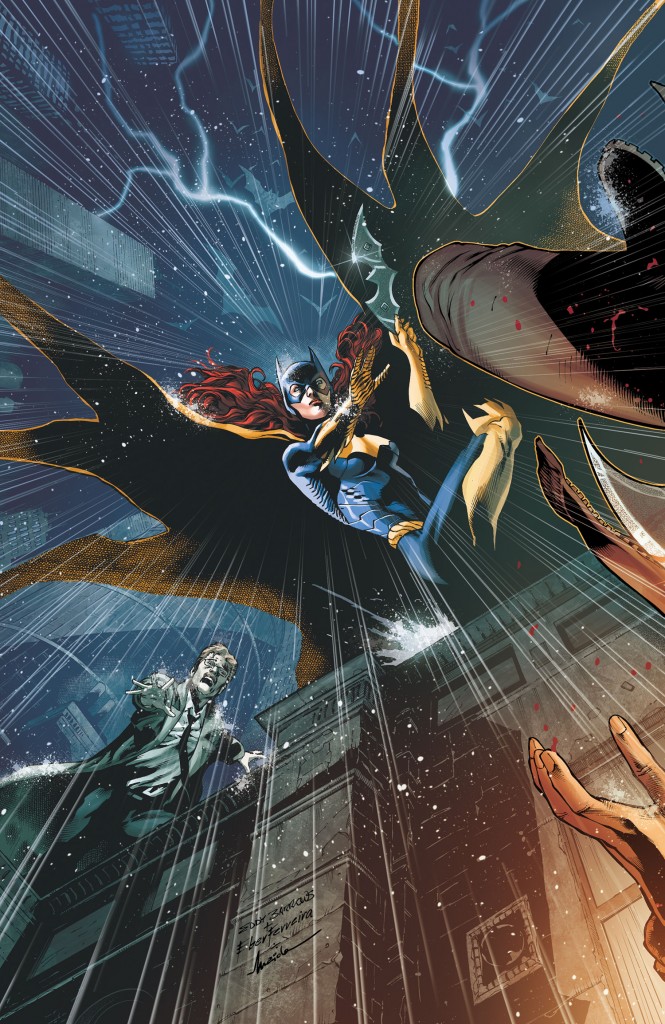 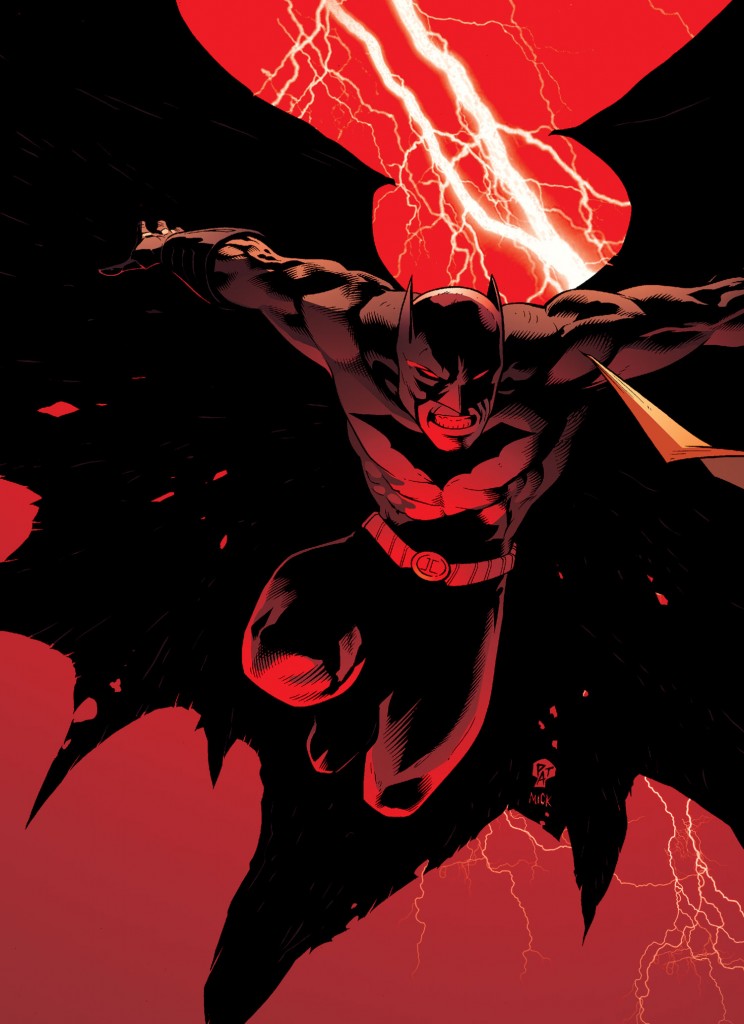 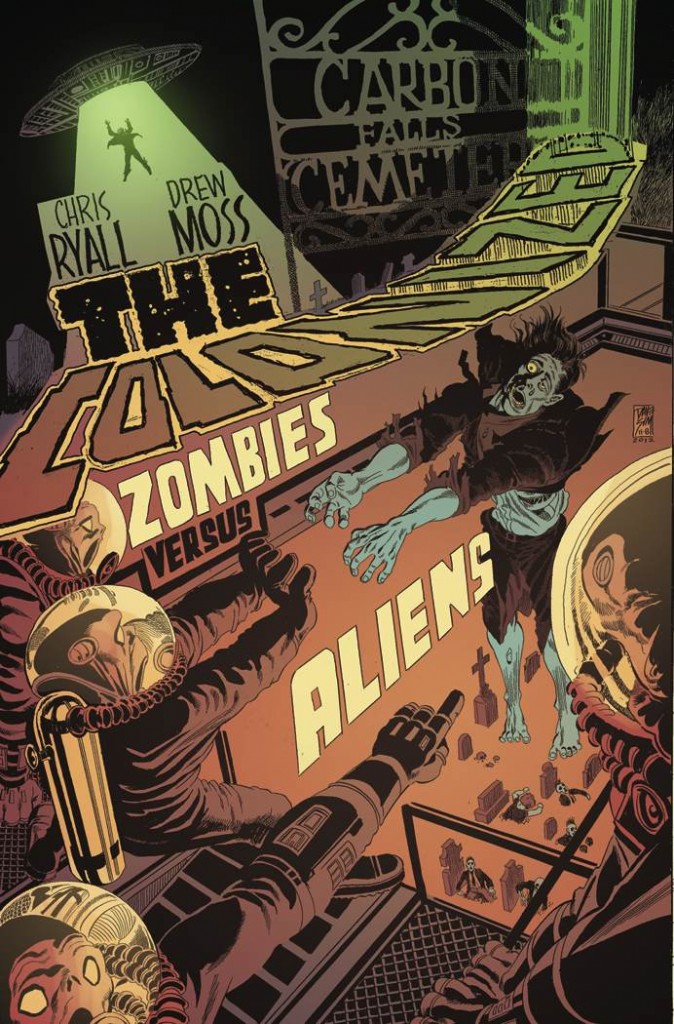 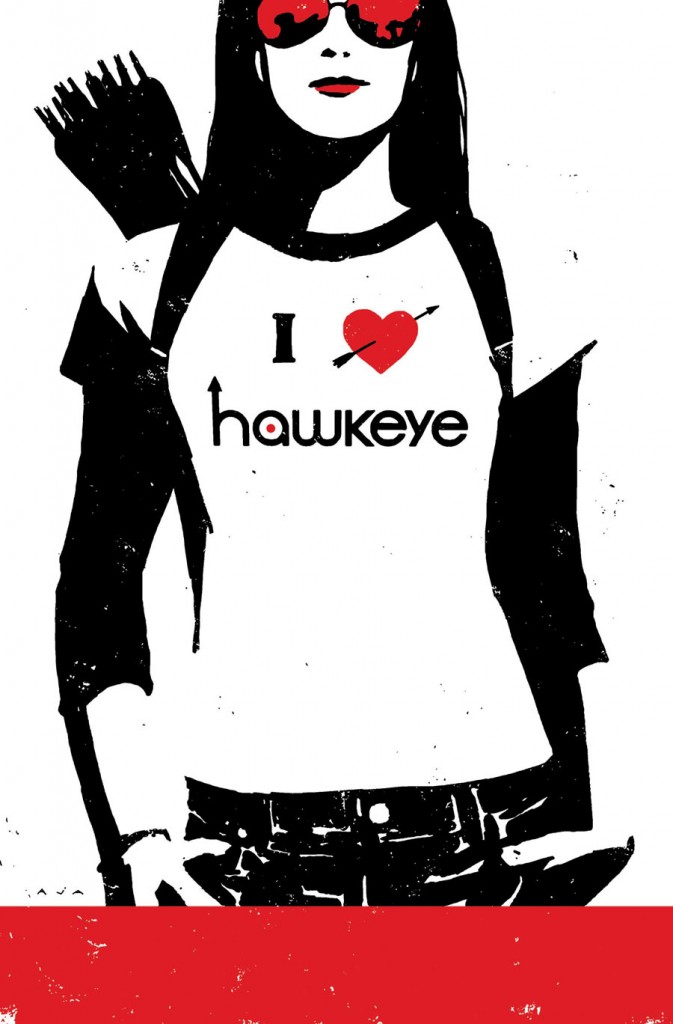 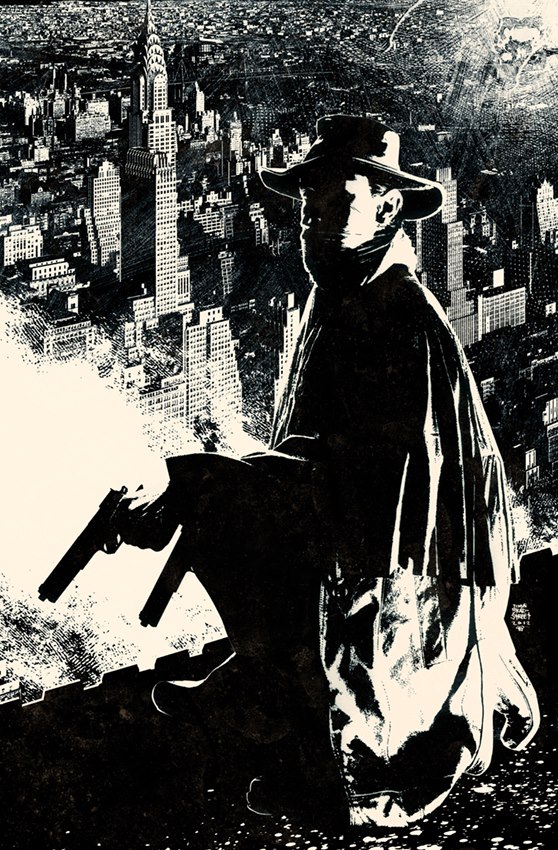 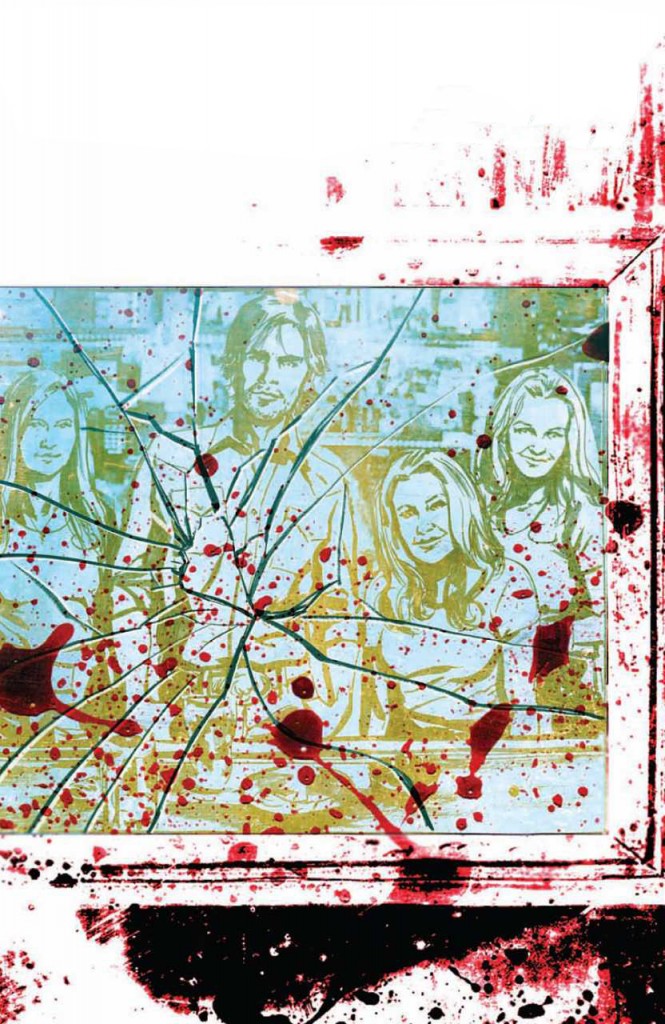