This ‘supernatural noir comic book’ begins at the funeral of Dominic Raines, a writer of ‘awful detective novels’ and godfather to Nicolas Lash, to whom he has also left his estate. Here, Nicolas meets Jo, a mysterious, seductive and seemingly ageless woman who is somehow linked to Raines. Later, when Nicolas starts looking through his inheritance, he notices strange men arriving with guns and his life is about to take an unexpected turn…

Ed Brubaker: “I think … I’m trying to do something different from what we usually do. We’re trying to play against expectation in some ways. I knew in issue #1 that everyone expected the stuff that takes place in the ’50s was the manuscript he was reading. And I knew when we got to issue #3 that when we returned to him, everyone would go, “Wait a second…that’s not the thing he’s reading at all.” I wanted to keep the reader on edge so they don’t know what’s coming next. Part of that is that I’m not even sure exactly what’s coming next until I’m five pages away from it. I have an outline, but I’m allowing myself to experiment a lot more and push myself into things I wouldn’t normally do.

… I had the whole idea for “Fatale” ready before I started writing, but I really wanted to talk to somebody who had actually written horror before to make sure I wasn’t committing any amateur mistakes. So any I do make are Joe [Hill]’s fault. [Laughter] No. But one of the things he pointed out was that the difference between horror in film and in books or comics is that in film you can control what the viewer is seeing and the pace they’re seeing it at. But in books, no one can flip ahead ten pages and actually see what’s coming. In comics, you can’t control how the reader might flip through it. So his recommendation to me was to do something early on that let people know they had no idea what the book was actually going to be about. That was a key thing that I kept in my head the whole time I was writing the first arc.”

The first few issues of Fatale have been through a number of print runs, and the first collected volume has now been released. Easily one of the most successful comics of 2012 (both critically and commercially), get hold of Book One: Death Chases Me below and make sure you get all future issues of this great title preordered through one of our subscription services or your nearest Ace Comics store. 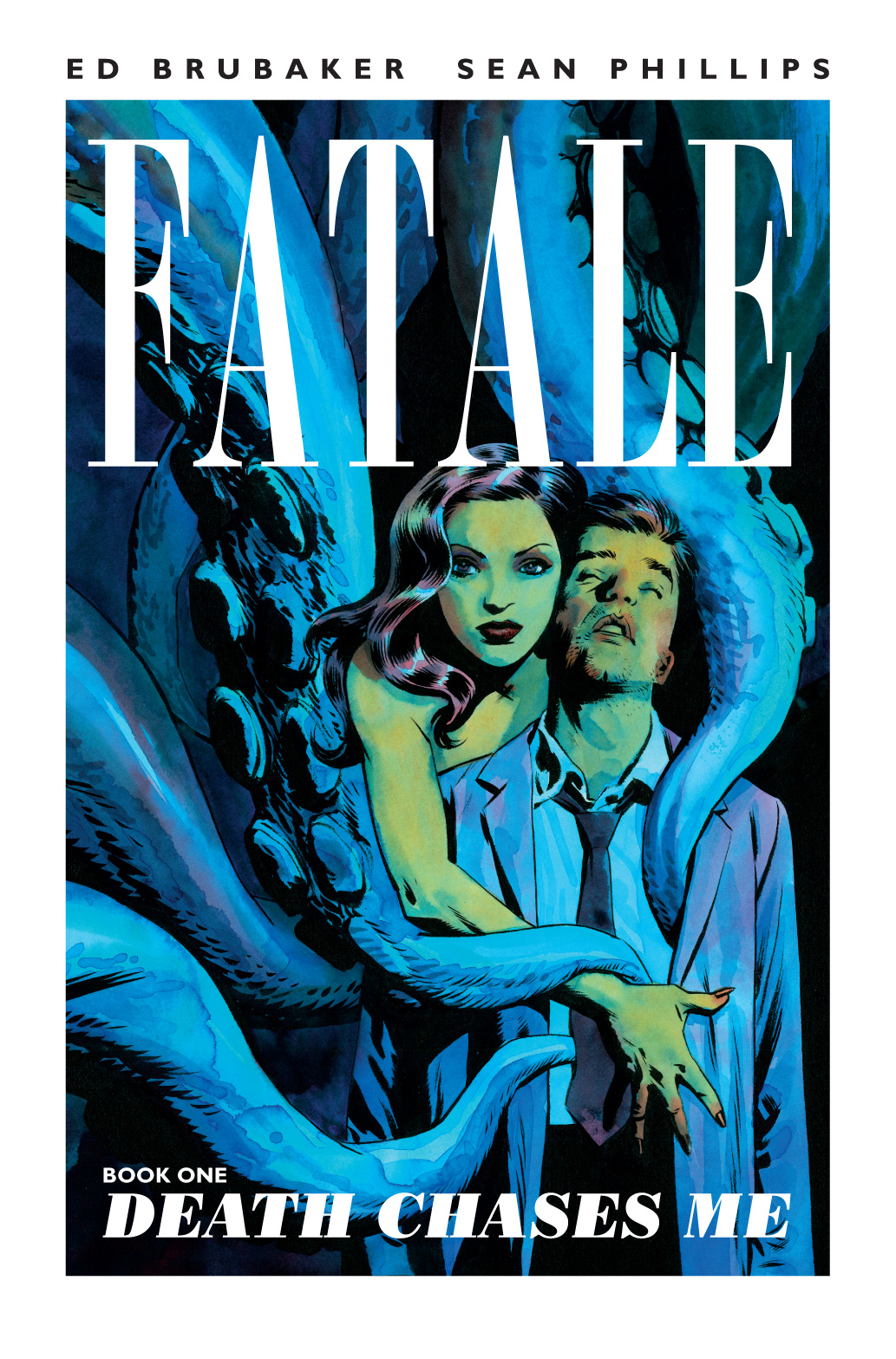 The first arc of Image’s surprise hit is collected just in time for new readers to jump on board with issue 6! Secrets, lies, horror, lust and monsters from the time before time all collide in FATALE: DEATH CHASES ME. In present day, a man meets a woman who he becomes instantly obsessed with, and in the 1950s, this same woman destroys the lives of all those who cross her path, on a quest for… what? ED BRUBAKER and SEAN PHILLIPS best-selling series will leave you craving more!