One of the most memorable stories in X-Men history, Days Of Future Past was originally published as a two-part tale in Uncanny X-Men #141-142 during writer Chris Claremont‘s rise to legendary status. The story revolves around a barren and dystopian future where the government has turned on the mutants and is successfully hunting them down using Sentinels. An adult Kitty Pride transfers her mind across time and into her younger self in order to try and prevent the actions that trigger the anti-mutant hysteria. So strong was the story, that it became the basis for the successful seventh X-Men movie (if you include Wolverine: Origin and The Wolverine).

In 2011, Marvel released a new collected edition of Days Of Future Past including the issues that immediately precede and follow the title tale, as well as the fourth X-Men Annual.

It’s a classic collection that will delight X-Men fans both familiar with the original material and those who have never read it before!

It was the best of times, it was the worst of times: Relive the legendary first journey into the dystopian future of 2013 – where Sentinels stalk the Earth, and the X-Men are humanity’s only hope …until they die! Also featuring the first appearance of Alpha Flight, the return of the Wendigo, the history of the X-Men from Cyclops himself …and a demon for Christmas!? 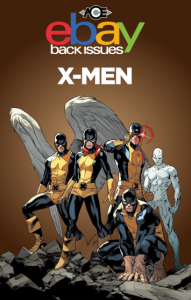 If you’re looking for more classic X-Men adventures, take a look at the selection of X-Men back issues available in our eBay Store. Hit the image or click here to start browsing.