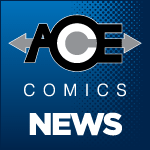 Fantagraphics has been at the forefront of independent, intelligent and thought provoking comic publishing since 1976. Gary Groth and Comics Journal were an integral part of the young comic scene I joined back in 1979 when a very young Biff made his first steps on the road to founding ACE Comics (Planet Ace Ltd). In those early days I bought a few items direct from Fantagraphics, as I did direct from Dave Sim. Cutting out the distributors in order for the small publisher to make a few extra dollars.

Now a situation has arisen that I feel the comic community should get behind. Fantagrahics must not fall (fail). Visit their website and pledge now to make sure that an iconic part of the comic world continues to publish ground breaking works, and some not so ground breaking (Eros). 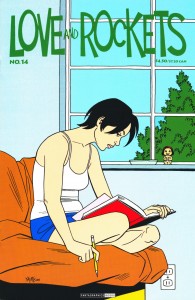 A few words from Gary Groth: “We are not going to bullshit you. If we were a big corporate publisher (or perhaps an avaricious smaller one), we’d have plenty of money to weather this temporary crisis. But, we’re not. Ours is and always has been an intrinsically difficult commercial enterprise, and we have survived due to a combination of good taste, sheer will, good luck and reasonable business acumen. Still, it has never been easy. Fantagraphics has always been a guerilla publisher – lean and mean. In order to do what we do, we’ve always kept our overhead low and our lifestyle modest. No fancy offices, no limousines, no frills. We publish 100 books a year with a staff of 20 – a level of efficiency unheard of in corporate publishing. We work hard!”

Now the hard sell: 2013 has been a particularly hard year for Fantagraphics Books. Earlier in the year, one of their founding partners, Kim Thompson, was diagnosed with lung cancer and died four and a half months later, on June 19. Because Kim was such an active part of the company, his death has had repercussions — emotionally, of course, but financially as well. Kim edited their European graphic novel line and as a result of his illness, 13 of his books scheduled for the Spring-Summer season had to be cancelled or postponed, representing the loss of nearly a third of that season. Their fixed costs stayed the same —because they’re fixed— but the income 13 books would’ve generated was lost, disrupting their cash flow, and leaving them in a tight spot. Many, if not most of them, will be re-scheduled (Jacques Tardi’s Run Like Crazy, Run Like Hell is scheduled for July 2014, for example) but in the meantime, they’ve suffered a severe shortfall that will impede their ability to produce next season’s books. That’s why they’re asking their faithful readers, stores and new converts alike to help them recoup — and help finance their next season’s books. The money we contribute will go toward production, design, marketing, and printing the books. 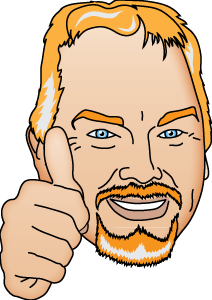 Fantagraphics books is asking for your support. Continue their legacy by helping to finance their spring-summer season, and be a part of the company that has published more great cartoonists than any publisher in the history of comics.